Now, where were we? Oh, yes…I had completed a successful repair of a shredded coax cable that restored our satellite TV access, and life was good.

Except…something was slightly amiss in the air. There was a lingering odor, a smell that seemed to grow stronger depending on which way the breeze was blowing, and where one stood in the back yard.

As the afternoon went on and the temperature rose, the smell got stronger and became the unmistakable odor of something dead and putrefying. And, as far as I could tell, it was coming from beneath our deck.

I had feared this ever since we bought the house last fall and witnessed an armadillo crawling out from under the deck one night. What was the likelihood that an animal would expire under the deck, and how would we deal with it?

I wanted to seal all the possible entry points, but it was a Catch-22 situation: what if I locked in a nocturnal critter, causing its death by starvation, and thus birthing the exact scenario I was working to avoid?

But now, we had to confront the reality head-on. There was a bit of urgency to the task, apart from the increasingly offensive aroma in our back yard. We were expecting the arrival of guests that evening, and they were bringing their dog who would undoubtedly freak out at the possibility of rolling around in something dead. Hey, that’s what dogs do, right?

The first order of business was to locate the exact source of the odor, because that would help me understand what would be needed to deal with it. There were no large openings in the deck, and I was fresh out of remote-controlled robotic nano-cameras to send in a search-and-recovery mission. So, I did the next best thing: I watched where the flies were swarming, grabbed my industrial strength flashlight, and began shining it into the small seams between the deck planks. My fly-directed instinct was accurate, and I quickly spotlighted a tail. As I moved across the next several seams, a clear picture emerged of an expired possum, and a fairly large one at that.

So, I knew what I was dealing with, and where it was located. I now had to figure out how to get to it. I first tried taking up the decking directly above the malodorous marsupial, but the wood screws had become inextricably merged with the decking and this approach was a non-starter.

Plan B was to remove a section of the deck siding directly adjacent to the stinking stiff. This was significantly easier than removing the decking, but still not without its challenges. I won’t go into the minutiae of the process; suffice it to say that it required another trip to Ace Hardware, and I’m now the proud owner of a 4-foot crowbar, a mini-hacksaw, and a new garden rake. [Aside: This is a problem with having a second home…many of your tools reside somewhere else.]

Removing the siding was a relatively quick job – apart from the run to the hardware store – and it led to the most unpleasant part of the task: retrieving the reeking remains. That’s where the rake came in, if you were wondering. We [by then, MLB was at my side, offering spiritual solace and a second pair of hands] put a heavy duty trash bag on the ground, and I endeavored to rake the offensive opossum out from under the deck and into the bag.

Normally, at this point in a task, I would take a photograph to document the proceedings. But the thought of having a picture of a squishy, maggot-infested carcass on my phone trumped my documentarian tendencies. Feel free to thank me, dear reader. However, that doesn’t mean that we don’t have visual proof of the episode, courtesy of our game camera. I hope the following isn’t too shocking. 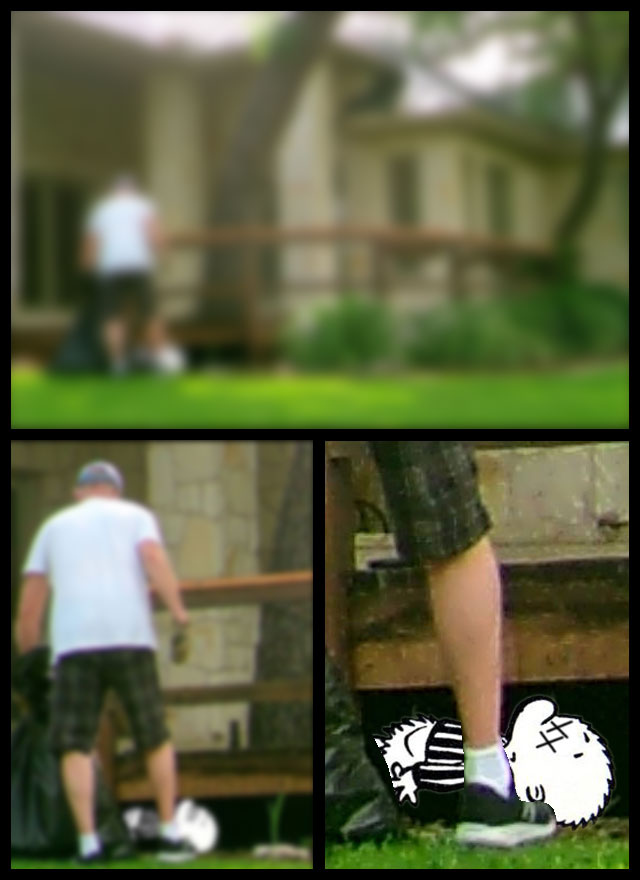 [Note: I realize that some of you are thinking, “what a noob!” because this type of thing is old hat to you – the dead animal, not discovering it’s actually Pogo – because you’ve lived in the country long enough to have encountered it many times over, and then some. But it’s brand new territory for us city folks.]

With many exclamations along the lines of “ewww” and “ick” and “yuck” (and it’s not easy to emit such exclamations whilst holding your breath) we managed to roll the corroded corpse into the bag, which I quickly sealed and hauled downwind for safekeeping until I could permanently dispose of it. MLB scattered some odor-absorbing pellets under the deck, and I then reattached the siding with a single wood screw on each end, in case we ever had to repeat this process.

Within an hour or so, only the keenest of noses could detect that anything was ever amiss in the back yard. Of course, that keen nose did eventually show up on the end of a curious German shepherd, but after much earnest sniffing, she lost interest and began to focus on the more important task of stick chasing.

However, there’s one nagging thought: what was the cause of death? Silly me; I failed to perform an autopsy, so now I’m left with only speculation. As a wise coworker reminded me, “everything dies,” so it could have been natural causes. But what if it was something more sinister, like a hit by the local squirrel mafia? We’ve also had some suspicious characters roaming our back yard when all law-abiding mammals should be snuggled in bed. Perhaps there’s a reason they always wear masks. 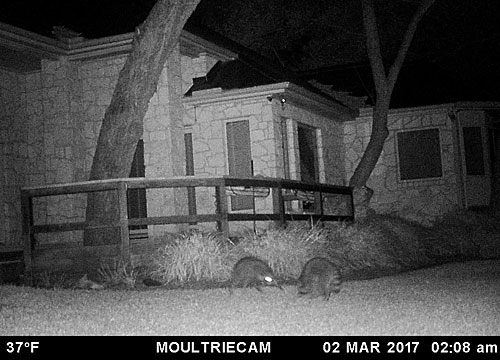 Anyway, to recap: two crises dealt with, and we could now relax for the rest of the weekend.

OK, there was just ONE. MORE. THING.