Once upon a time there was a boy. We’ll call him Robert, since that was his name. Robert was an odd little boy, for many reasons, but not the least of which was his obsession with princesses. As you might imagine, this made for some challenging times during recess, and those challenges continued throughout his adolescence.

But Robert’s obsession grew even stronger in the face of adversity. He dreamed of marrying a princess, and in one of those strange twists of fate that defy logic and lead to sardonic blog posts, actually married one when he got old enough to do so.

And just so you’ll know that dreams do sometimes come true, he got it. 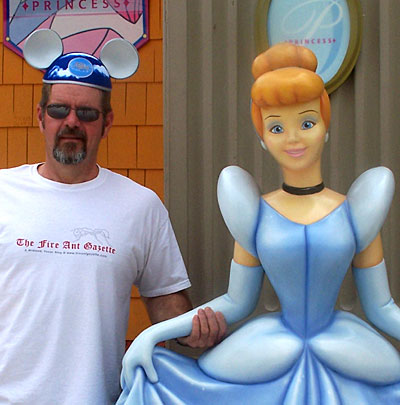 Oh, by the way…nice t-shirt, Cinderfella.