A few weeks ago, during a post-dessert foray through Barnes & Noble, my eye lit upon a book resting on a table, notable for its thickness and heft, entitled 1001 Songs You Must Hear Before You Die (And 10,001 You Must Download). Now, normally, when I find a book that looks promising, I look for it in e-format but in this case, the treeware version called to me. 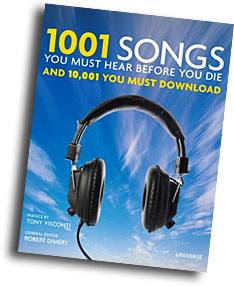 This is 960 pages of musical history, profiling in chronological order the editors’ choices for the most influential recorded songs – by decade – beginning with Enrico Caruso’s O Sole Mio, recorded in 1916, and ending with the Gorillaz 2010 recording of Stylo. Each song is described in terms of its influence, with tidbits of trivia about the artists, the context of the recording, and in many cases, other artists who covered the song or who were influenced by it. Some great photos accompany the text.

If you love pop, blues, or rock and roll (sorry, country fans…the British editors knoweth not what they do), you should get this tome. While I’m not familiar with many of the songs – I lived through but ignored the whole punk genre, and continue to ignore rap, for example, and the Anglo-centrism of the editors focuses on some UK artists I never heard of – you may still be interested in how they fit into the progression of musical history. And, frankly, any book that recognizes the genius of Dolly Parton’s Jolene has something going for it.

And for those songs that are familiar, the accompanying stories and trivia are fascinating. For example:

And, finally, many artists have recorded Save The Last Dance For Me, but the first #1 hit recording belonged to The Drifters in 1960. The lyrics of the song have a special meaning for the writer, Doc Pomus, because he…well, you’ll have to get the book to learn the rest of the story. 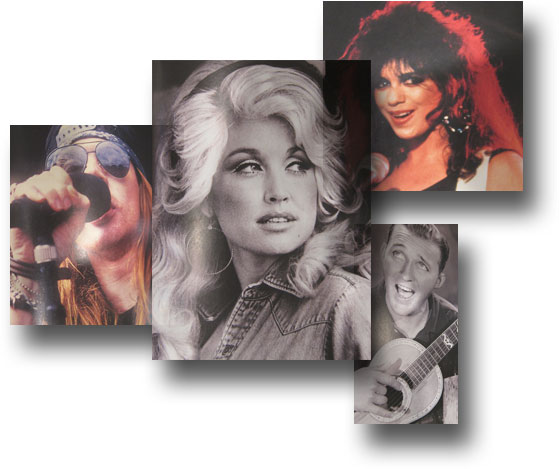