So, I was grinding through my usual brutal commute home from work yesterday evening – the longest ten minutes of my life, you know – when I laid eyes on this odd sight: 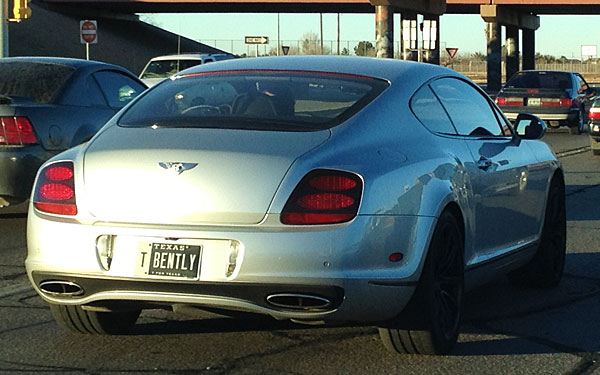 For those who don’t keep up with such things, join the club; I had to google it, too. It’s a Continental GT. Bentleys aren’t exactly commonplace in West Texas, although this was the second one I’ve spotted in Midland in the past seven days.

Anyway, I confess that my second thought after spotting the car was “why would you feel the need to have a vanity plate to tell people what kind of car you’re driving?” I mean, isn’t the car itself sort of, you know, self-explanatory?

Well, no, actually. Because my first thought was, “oh, there’s a nice-looking Chrysler 300.” And then it struck me: if you’d paid 200 large for a car, you surely wouldn’t want people to mistake it for a car costing 1/10th as much. 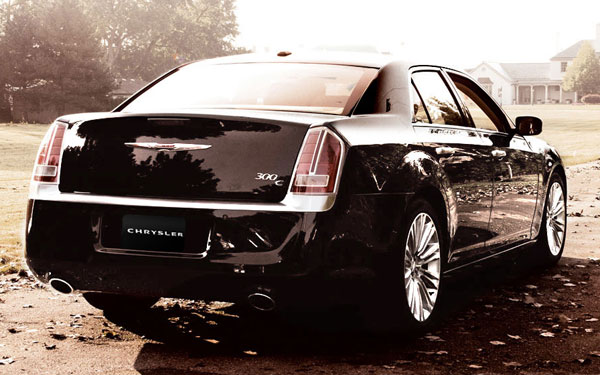 I think it’s the badge that threw me, although both have rather boxy rear ends (no offense to any boxy-rear-ended Gazette readers). And I’m sure that Chrysler would be simply appalled to think that people are mistaking one of its cars for a Bentley.

Of course, it does occur to me that the owner’s name is Bently, in which case it all makes a lot more sense, plus I don’t have to express umbrage over the sorry state of spelling on vanity plates nowadays. I blame the interent. [See what I did there?]

This encounter did give me an idea for a plate for my next car: