Spring in this part of Texas is not really a season. If the year was a play, spring in Central Texas would be intermission…a pause between the dead brownness of winter, and the oppressive heat and mosquito swarms of summer. But that pause is, as they say, refreshing, because a lot happens during that brief interval.

[Disclaimer: The preceding is a broad generalization and one should actually never do that about weather in Texas. In fact, this year is a good example of that, as the second day of spring was 20 degrees colder than the last day of winter.]

Spring can be really beautiful around here, but it all depends on one thing: rain. We’ve been fortunate this year. I’ve measured almost eight inches of rain at our house in the first three months, pretty evenly spaced through each month. The result is a massive crop of wildflowers, plus generally happy plants and animals overall.

Everything combines to make for some interesting photographic subjects. Here’s a pictorial of some springtime scenes around Casa Fire Ant.

A fine spring in the Texas Hill Country starts and ends with bluebonnets, our state flower. We scattered a some handfuls of seed around the vacant lot next door a couple of years ago. Last year, a disappointingly few came up, but this year the number increased exponentially. They were confined to plot of about a hundred square feet immediately adjacent to our lawn.

Knowing that the neighborhood’s lawn maintenance crew would eventually be around to mow the lot, I used my weedeater to carefully create a very discernible border around the stand of bluebonnets. I even spent a half hour with hand clippers removing the weeds and grass around each flower so there was no chance of not observing them. Here’s the result of that painstaking care: 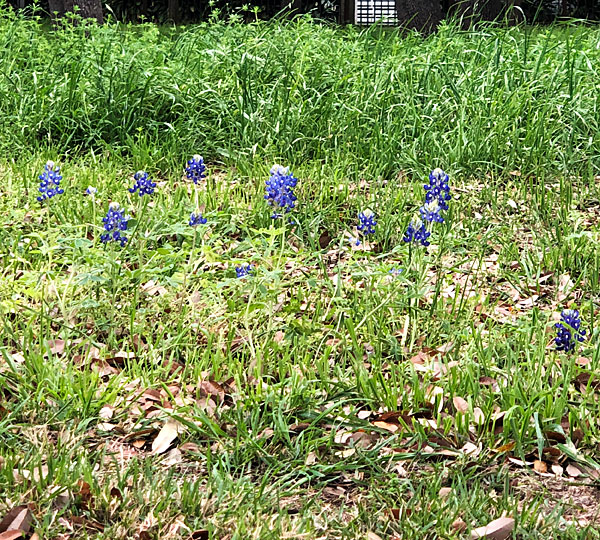 The halcyon days of our personal bluebonnet crop

It was a happy, placid scene. It brought a smile to our lips and a spring to our step and a boost to our spirits. Then the mowers arrived. You know what’s coming, right? 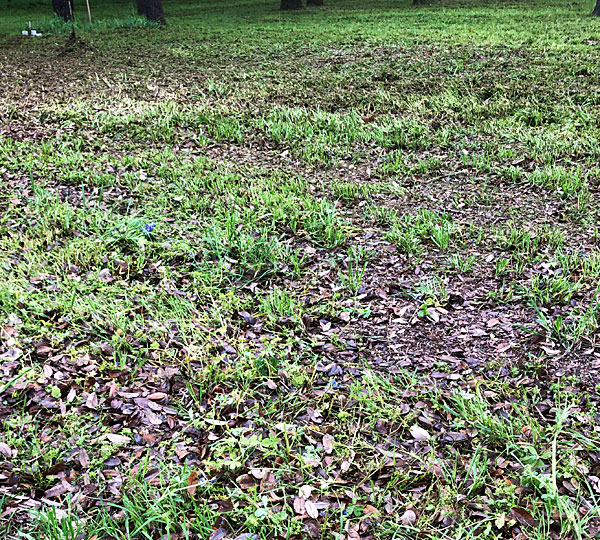 The aftermath of the Great Bluebonnet Blitzkrieg

The heartless drivers of the mechanized monsters tore through our pastoral scene like Nazis through Poland a hot noisy knife through blue butter. (And to add injury to injury, they returned today in an apparent attempt to execute those few who managed to escape the initial onslaught.)

OK, it’s not as though there aren’t eleventy zillion other bluebonnets blanketing the landscape around here, but these were OUR BLUEBONNETS, DANGIT! *sigh* Life does go on, though.

So, let’s not leave the subject of bluebonnets on such a depressing note. As the following photo demonstrates, we’re all about diversity, even when it comes to the state flower: 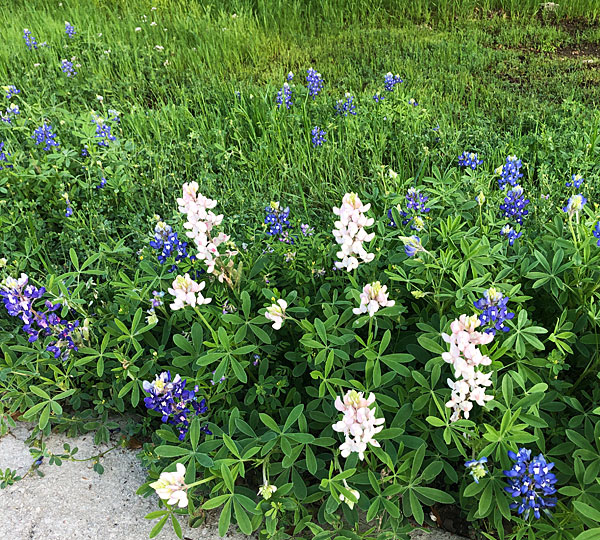 Because of genetic mutations, it’s not uncommon to find white or pink variations of bluebonnets. For local readers of the Gazette, this small stand is at the corner of Bay West Blvd and Blister Gold (assuming those philistine mowers haven’t gotten to them!). It’s likely that these flowers will not be here next year, as their recessive genes will eventually be overrun by the dominant blues.

Another springtime phenomenon that Hill Country residents are accustomed to is pollen, and we’re now entering the peak live oak pollen season where the stuff will fall like rain.

If you thought those are leaves on the live oak, you would be sadly mistaken.

The preceding photo is a good example of how the pollen manages to crowd out even the leaves on a live oak. That would be okay (well, okayer) if it stayed on the tree, although I guess that sorta defeats the purpose of pollen. Anyway, it doesn’t, and you can see the results everywhere. Like, literally, EVERYWHERE.

Take our lovely Pecan Creek, after which our lovely little neighborhood is named. Here’s how parts of it look now: 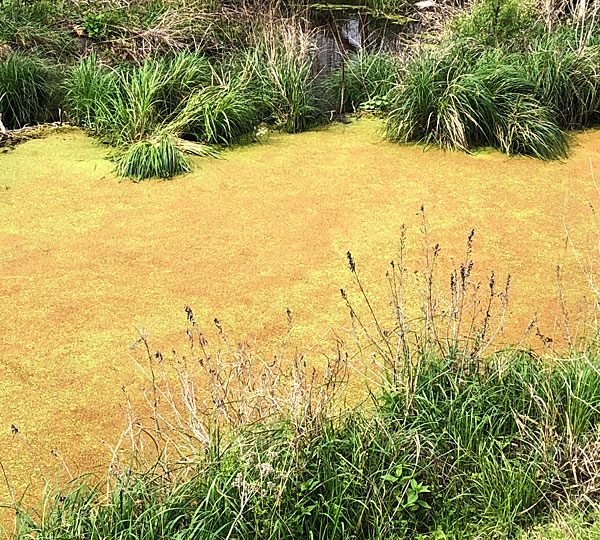 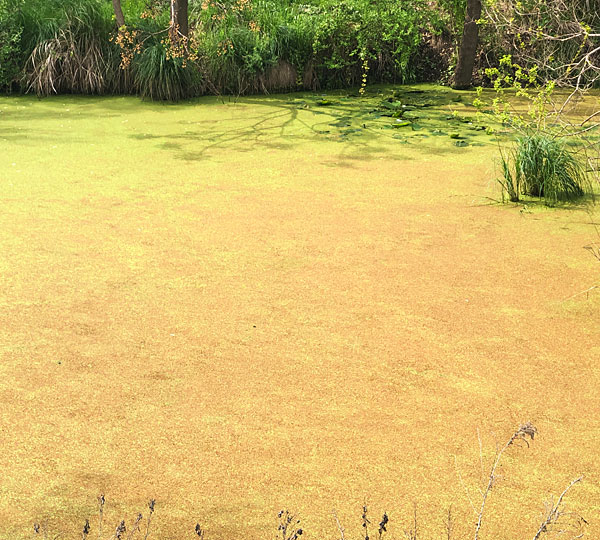 I’ve never seen quicksand except in the movies (Blazing Saddles comes to mind), but this is exactly what I imagine it looks like. However, I was surprised to see ducks swimming around in the middle of this goop, apparently unbothered, so it’s either benign or ducks are as oblivious as they look.

The streets are not immune to the effects of the falling pollen. Here’s what our bike tire looked like at the conclusion of our Sunday afternoon ride. 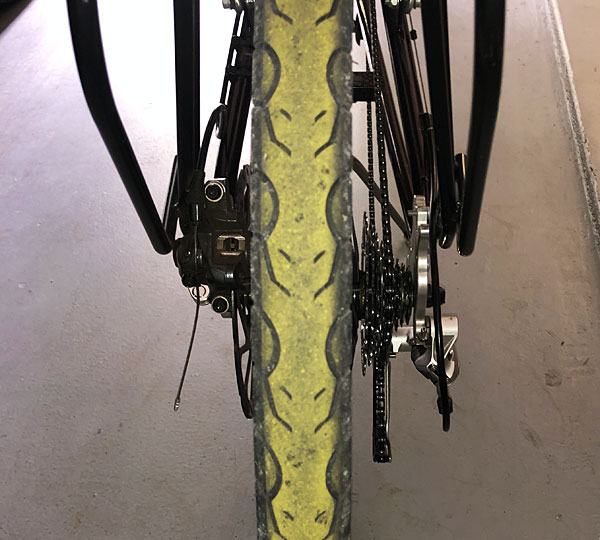 When a bicycle doubles as a pollinator

The rain also brings out strange beauty, like this tree fungus attached to a long-dead stump that I spotted during a walk around the trail that circles our neighborhood. 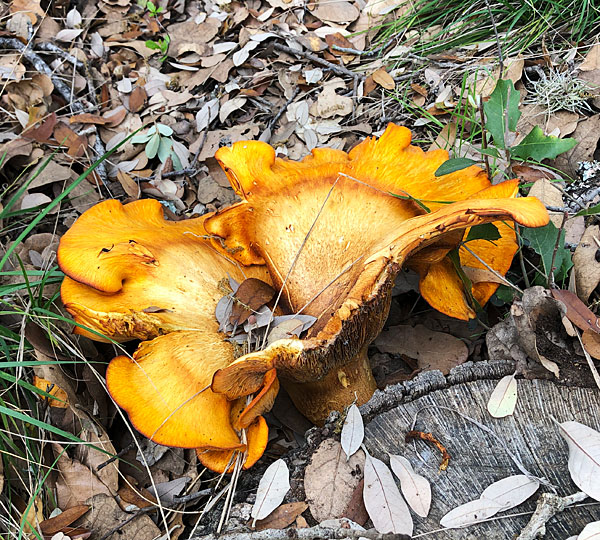 Of course, spring doesn’t bring only new flora; it’s also the stimulus for the appearance of fauna, and around here, a lot of that fauna is of the slithery persuasion. The local Nextdoor message boards are filled with people posting photos of snakes around their abodes and asking for advice (most of which unfortunately falls into the general category of “kill ’em dead until they live no more, and then apply additional killing”).

We’ve had a couple of visitors in our yard. In fact, a couple of days ago MLB was pulling weeds in our front yard when, as she puts it, one pulled back. Instead of grabbing a weed, she grabbed the tail of a small grass snake hidden among the ground cover. Neither were amused; fortunately, neither were harmed.

While I do love myself some vernal flora and fauna, one of my favorite things about spring in these parts is the weather, which is often cool and misty and foggy. It makes for great running weather, and dramatic photos. I’ll leave you with a few recent examples. Happy spring, y’all! 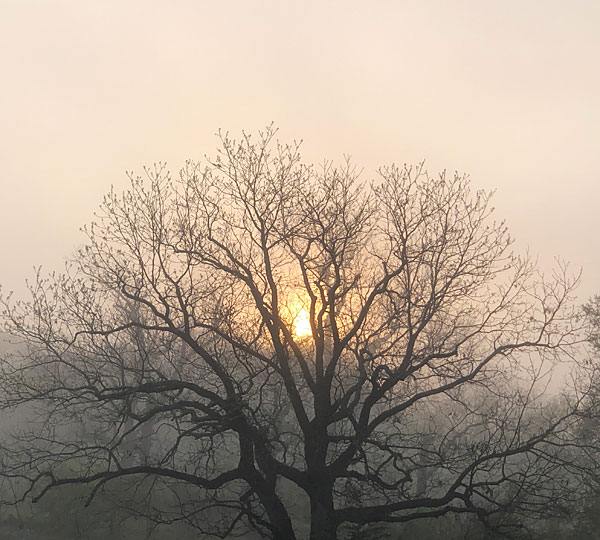 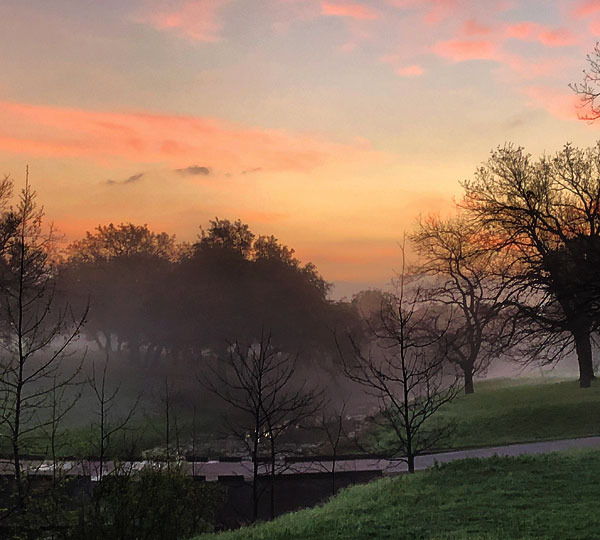 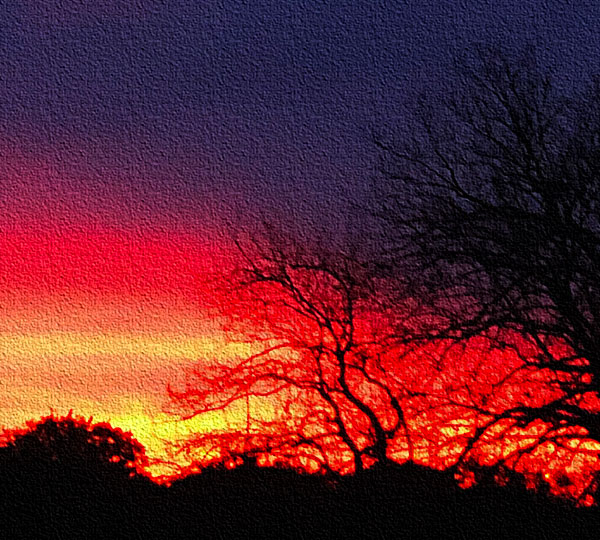