Something in the half acre vacant lot next door to ours caught my eye a couple of days ago. lt turned out to be a really pretty and unusual mushroom…toadstool…ground-dwelling fungus. I’m not a mycologist and I have no skill whatsoever in identifying these organisms, but I do find them fascinating.

We’ve had a very mild and rainy spring, and the decaying leaves seem to provide an ideal breeding ground for the fungi. I took a few photos for your perusal, and converted the backgrounds to black and white to highlight the subjects. 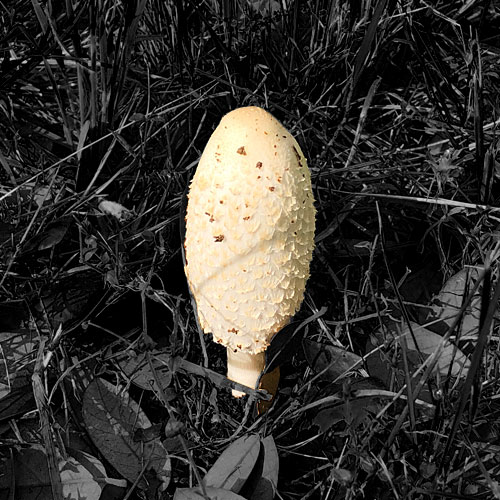 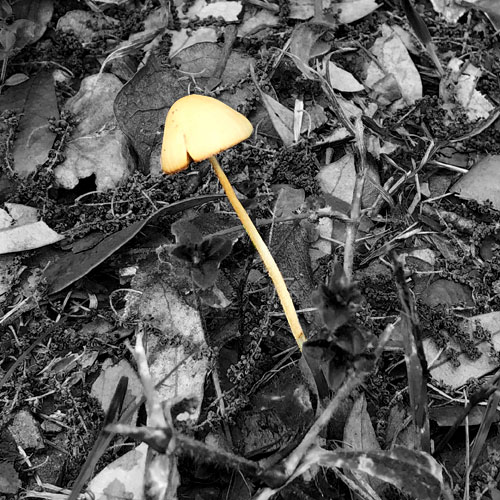 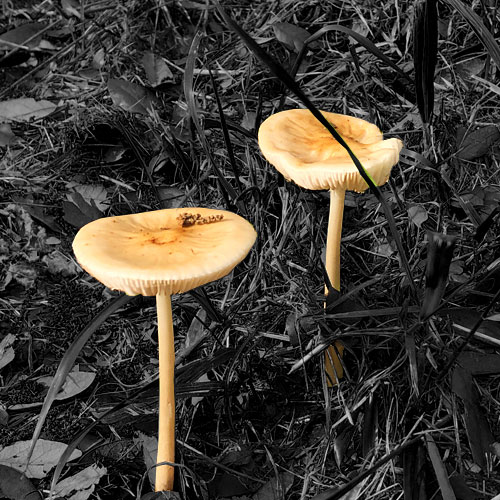 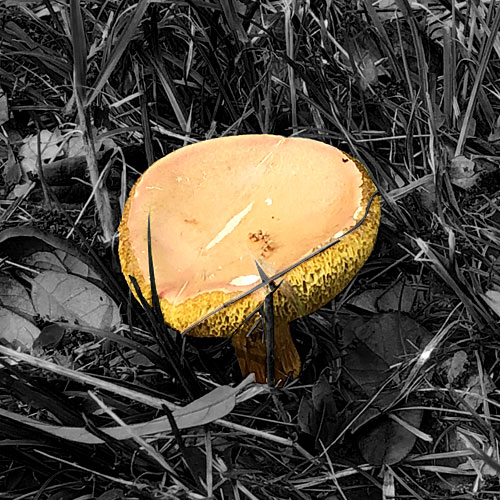 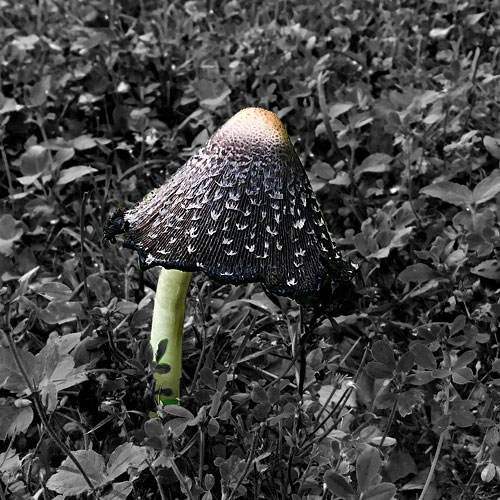 The last one is my favorite, as I’ve never seen one like it before. If you can identify it, feel free to do so in the comments. 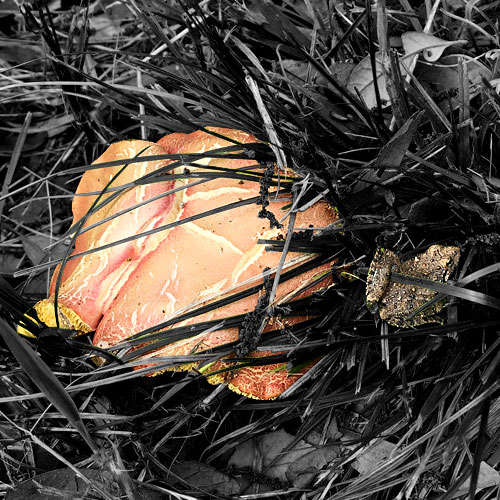 These tiny frogs — no bigger than my thumbnail — have proliferated in our yard and the surrounding lots. I fully expect that they’ll eventually attract certain types of predators (if they haven’t already)…such as… 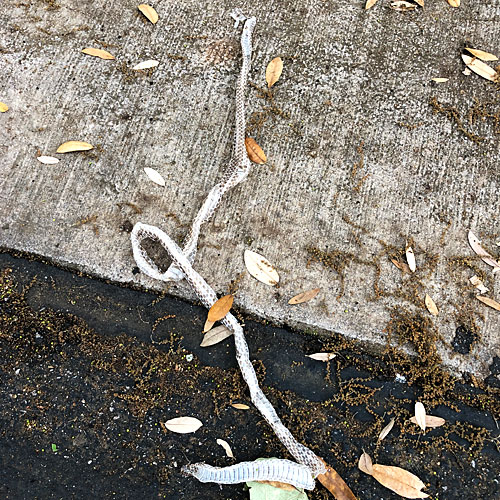 This remnant — the result of a snake’s ecdysis — wasn’t actually in the neighboring lot. We ran across it, literally, on a street just to the north of our neighborhood while out for a morning workout. There’s no way of knowing the species of snake, but the most prevalent variety around here is a variation of the non-venomous rat snake.

Back to the neighborhood…an ongoing mystery is how a coil of barbed wire (or, as we say round here, “bob war”) came to rest on the broken stub of an oak tree. The city of Horseshoe Bay was developed from ranch land, so I assume that this is a decades-old relic from that enterprise. In any case, I like seeing it there as a reminder of times when things weren’t quite as civilized…and also of the importance of keeping one’s tetanus vaccine current. 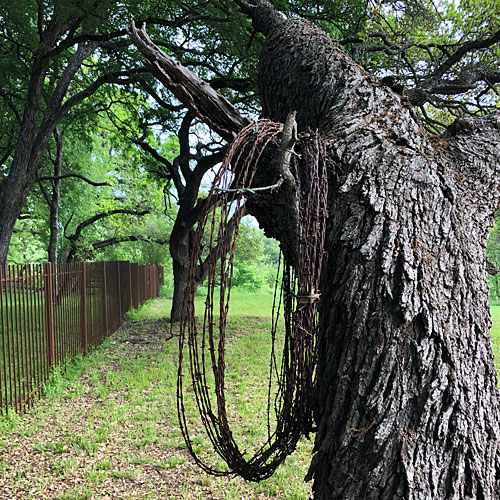 Finally, I’d be remiss if I didn’t solicit your sympathy for our pollen plight. This time of year, I spend at least thirty minutes almost every day using the leaf blower to clean off our driveways, sidewalk, and patios. And, occasionally, when I don’t go to that trouble, I still find it therapeutic to use a broom to clear a path (or landing strip) for our bicycle. 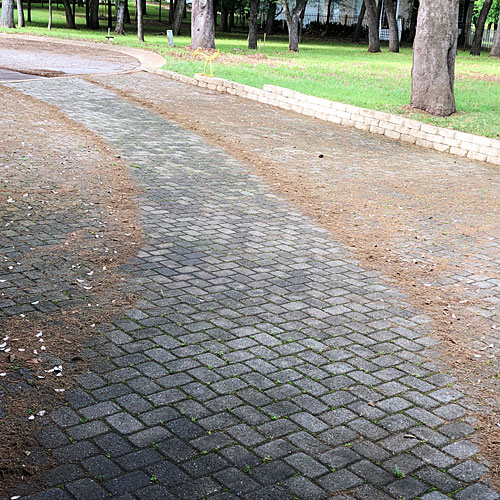 I hope you’re able to get out and do some urban/suburban exploration of your own during this time of enforced non-busyness. There are fascinating details in the world, both natural and manmade.