Folks who live in close proximity to Lake LBJ no doubt noticed an eerie phenomenon yesterday. Even though it was not a foggy day, the lake was covered with a thick blanket of what looked like smoke or mist…and the windy conditions blew that fog across the sky so that at times it did resemble smoke from a wildfire.

It was a malevolant presence, likely concealing horrible apparitions. Although that could have been my imagination, given that this is the week of Halloween and I may have watched the movie adaptation of Stephen King’s novel The Mist a few too many times.

In reality, what we were witnessing was a meteorological phenomenon known as steam fog (aka steam smoke, water smoke, sea mist, etc.). It’s not uncommon in these parts, but it’s rarely as thick as it was yesterday. In fact, for most of the day, the surface of the lake was completely obscured.

Steam fog occurs when cold, dry air moves across the surface of warmer water. So when that frigid cold front blew in Monday night and dropped temperatures a couple of scores of degrees, we got to witness the result of textbook conditions for the creation of steam fog.

I spent a half hour or so taking some photos of Lake LBJ in an attempt to capture some of the mysterious-looking fog. Here’s a photo of the Wirtz Dam shrouded in fog. The area between the dam in the background and the trees in the foreground is all lake. 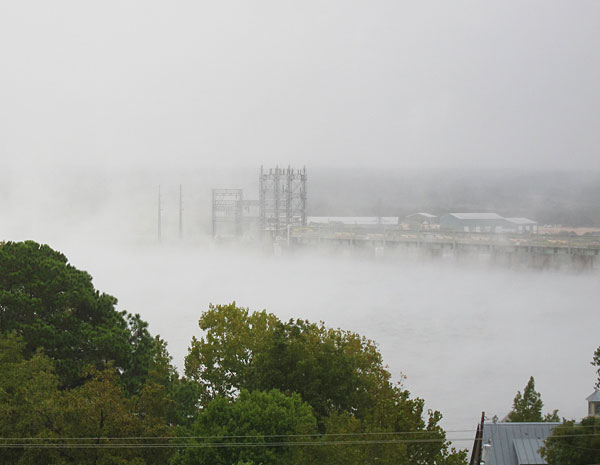 This photo below shows Horseshoe Bay Resort (foreground) and some condominium complexes (mid-ground). The long thin row of trees along the background is Lighthouse Drive, and you might be able to vaguely make out the northern shore of Lake LBJ. Again, the strips of fog are resting on what would normally be seen as water. 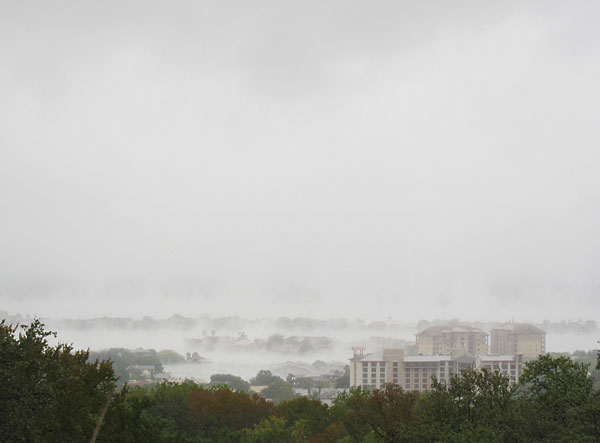 Of course, the steam fog phenomenon isn’t always scary or eerie. It can create quite a beautiful scene, such as the early spring occurrence on the creek behind our house, as shown below. 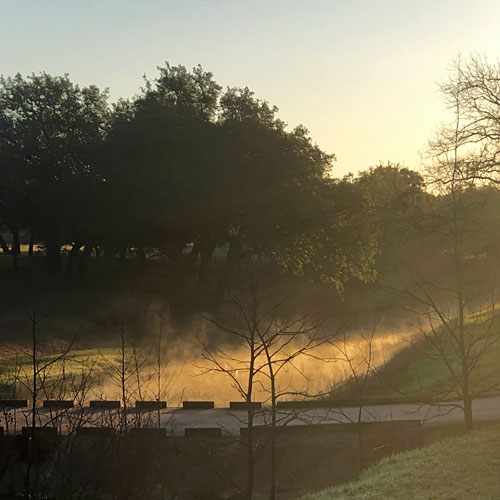 I’m not normally a fan of frigid, windy weather, but when it results in amazing phenomena like steam fog on the lake, it’s hard not to be impressed.