Let me dissuade you from making the obvious assumption about the title of this post: it’s not about Alfred Hitchcock’s The Birds. It’s actually much scarier.

We were finishing supper yesterday evening when I heard a *thump* and out of the corner of my eye saw not one but two birds fluttering next to one of our big windows. It appeared that at least one of them landed on the patio. 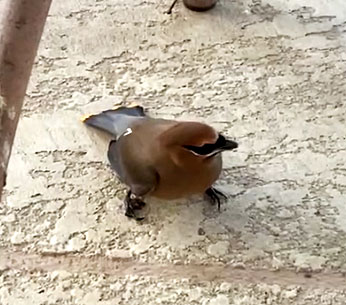 A slightly stunned cedar waxwing wondering what hit him.

It is unfortunately not an uncommon occurrence for birds to bang into our windows, although it’s thankfully rare that any of them suffer ill effects. But I don’t recall ever seeing two birds hit a window at the same time.

I rushed over to window to have a look, and sure enough, there was a dazed cedar waxwing standing — “standing” is always a good sign — on the patio. I figured he’d be there gathering his wits for a couple of minutes, and then would fly off, none the worse for the vitric encounter. What I didn’t expect was what happened next.

Remember when I said that it appeared that two birds hit the window? Well, what I assumed to be the second one made an appearance, and it wasn’t there to offer succor. Nope, it was there to finish what it started.

At the risk of seeming coy, rather than attempting to describe what happened next, I’ll refer you to the following short (a little more than two minutes) video. But first, a warning: 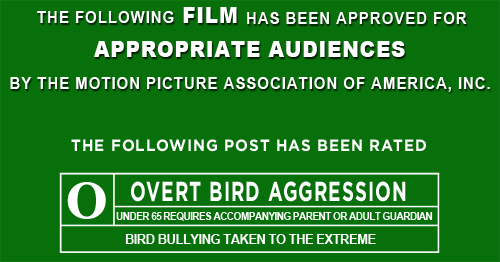 If you averted your eyes from the video, I’ll summarize it for you. The mockingbird attacks the smaller bird three times before I decide to step in and break up the fight. The mockingbird retreats, and I coax the cedar waxwing onto my finger. 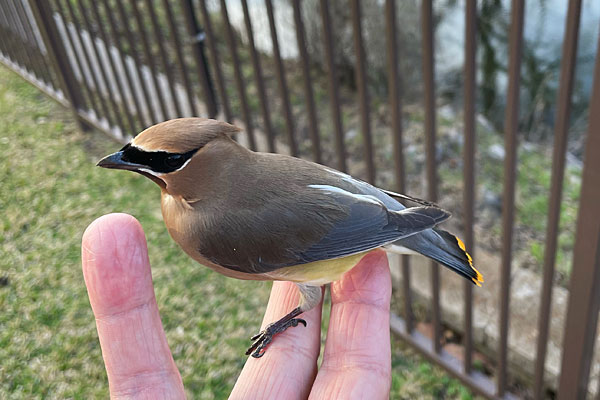 It seems quite content, if still a bit stunned, in the company of its protector. In fact, it shows no sign of wanting to be anywhere else…and I have things to do (like wash the dishes). I transfer it to the fence. 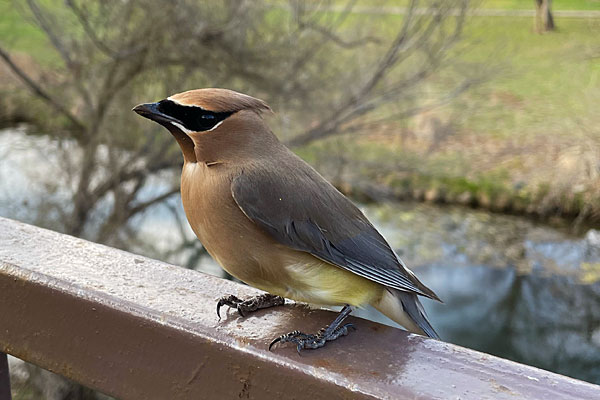 I walk back to the house, checking on it every few minutes. The mockingbird shows no sign of interest (I do watch it chase away another bird that wandered into its territory). However, after ten or fifteen minutes, when the small bird hasn’t yet flown away, I wonder if it is physically able to do so.

I walk back outside and tap on the fence, and to our relief, the little bird flies into a nearby tree, seemingly without any permanent injuries.

Now, alert Gazette readers will recall that I described a scene during The Great Texas Freeze Out of a few weeks ago in which a mockingbird chased a robin away from the berry-laden yaupon in our back yard. My theory on this latest episode is that the cedar waxwing — a known berry eater — attempted to dine on some of the tasty yaupon fruit, and reaped the whirlwind in the form of a belligerent bullying mockingbird. In an attempt to escape the pursuit of the mockingbird, the smaller bird slammed into our window (I don’t know if the mockingbird did as well, without injury, or if it pulled up just in time to avoid a collision)…and that’s when the beatdown began.

The mockingbird malevolence is no surprise; anyone who has been around them for any length of time can attest to their aggressiveness. As it turns out, there have been documented instances of mockingbirds killing other birds. Debbie found this article (PDF) describing another battle over berries between a mockingbird and — you guessed it — a cedar waxwing. Unfortunately for the waxwing, there was no one to intervene on its behalf and it didn’t survive the encounter.

Cedar waxwings are pretty little birds, and northern mockingbirds are the state bird of Texas. There’s no real winner when the two species collide, but the former will almost surely always be the big loser. Sometimes, Nature needs someone to step in and even the odds.