Sorry; I don’t know what the post title means either.

Howdy, buckaroos, and happy Thursday to you. Today is, of course, International Bow Day, so feel free to take a bow, look for a [rain]bow, grab a bow (arrows are optional), and hye thyself to the nearest boat bow. Oh, and today is also when we are scheduled to meet at our church to plan the upcoming semester of English As A Second Language (ESL) classes, and I think the preceding sentence shows why such classes are so challenging for the students. (But don’t get me started on duplicative reflexive pronouns in Spanish.)

Say, did I mention that there’s a photo of a snake in this post? It’s actually a really cute, derpy-looking one, but still.

Debbie and I have recently started watching the syndicated rebroadcasts — OK, reruns — of Reba on The Hallmark Channel. Now, before you revoke my Man Card, let me just say three words (or four, if you’re — you are — not into contractions): it’s freakin’ hilarious. I don’t know why we never watched it before (its six season run ended in 2007), although the fact that it aired first on The WB and later on The CW might explain it; we only watched networks with 3-letter abbreviations. That’s a personal moral decision, but feel free to make your own call on this important issue.

Reba McEntire is a fantastic comedic actress (she also does serious, heart-rending drama; I refer you to her serious, heart-rending role in Tremors). And, of course, she’s dabbled in a singing career, and sews clothes in her spare time to make ends meet [Ed. That’s not remotely true.]. Speaking of singing, Reba is the only sitcom in history where the lead actor also sings the show’s theme song. [Ed. That’s also not remotely true.] Of course, most people don’t realize that Jerry Seinfeld actually played the bass line in his eponymous series [Ed. That’s not remotely true; stop it!], but that doesn’t require nearly as much skill as singing.

You know, I spent quite a bit of time crafting what I think was a carefully worded and thoughtful assessment of the current situation in Afghanistan. But I’ve reconsidered posting it. I’m not sure why any of you invest your valuable time to stop by this blog, but I am fairly confident it’s not for rants about political issues or world events.

OTOH, I’m not above linking to insightful and eloquent takes on the matter. 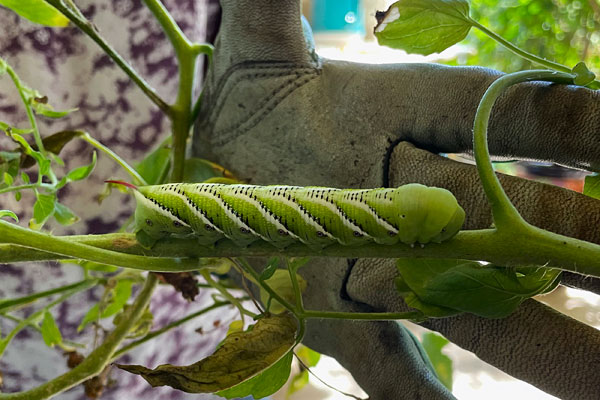 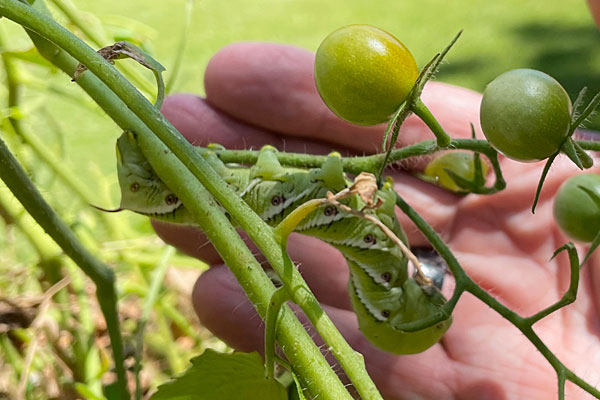 These caterpillars eventually turn into five-spotted hawk moths, but before they do, they can wreak significant havoc on one’s tomato crop. Debbie actually cut ours back to the ground. You might say the surgery was successful, but the patient died.

By the way, these tomato hornworms do have a natural enemy — braconid wasps — and the way they kill their prey almost makes you sympathetic to the caterpillars. Experts say that if you run across a caterpillar “infected” with the wasp’s “virus,” don’t kill it…the next generation of wasps that will eventually hatch from the caterpillar’s body will provide that much more protection against the next generation of hornworms. Nature can be cool even when she kills.

[Here’s where the snake photo comes in…]

Last Sunday afternoon we got more than two inches of rain in less than twenty minutes. The creek rose quickly and the city sent someone out to close the low water crossing. After the rain let up, Debbie and I walked to the crossing down the block from our house to check out the torrent.

As we were turning to go home, something at the edge of the concrete apron caught my eye. It was a water snake, seemingly trying to make some sense out of the raging river that an hour earlier was a placid, slow-moving creek. 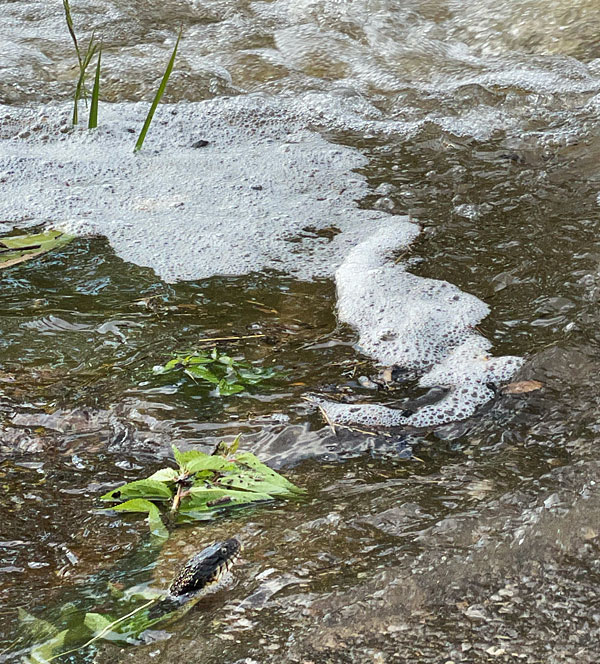 This is a plain-bellied water snake, a non-venomous, relatively common creek- and lake-side dweller whose primary diet is fish, frogs, and salamanders. This one allowed me to get within a few feet before I violated its personal space and it disappeared into the swirling water.

I regret to inform you that on Tuesday of this week, we came across a flattened PBWS in the middle of that same low water crossing. I don’t know why it felt the need to cross the road, but it lost the battle with traffic. Was it the same one that I photographed? No way of knowing, but it was a little sad, nonetheless.

In closing, I posted the following photo over on my Instagram feed, and folks seemed to like it, so I thought I’d add it here for those of you who haven’t drunk the IG koolaid. It’s just a picture of a morning here in the Texas Hill Country.

Peace and grace to you all! 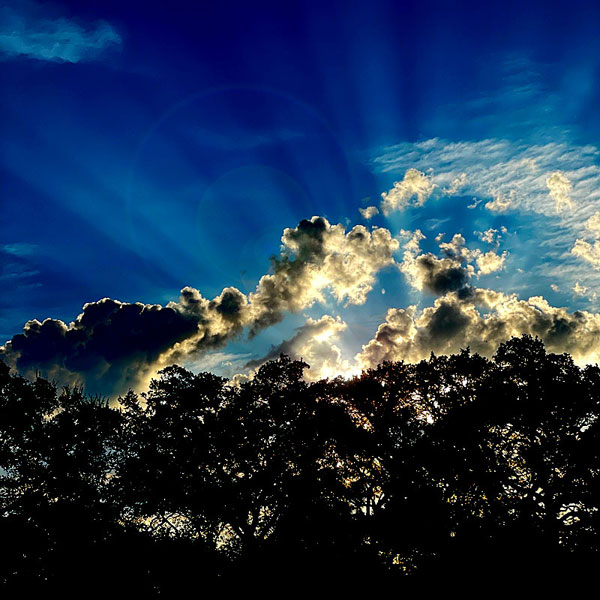