Howdy there, y’all. Today is National Mutt Day, and it’s also National Fritters Day, which is appropriate since fritters are the mutts of the food world. And it’s doubly appropriate because this blog is considered to be the fritter of the blogosphere.

Today we’re exploring the wonderful worlds of Hallmark Christmas movies, the opening of a new local hiking trail, unbelievable behavior of venomous snakes (watch for the warning sign, o ye of much Ophidiophobia), and possibly other stuff. Let’s wade into the deep end without a lifeguard, shall we?

Hallmark: Taking Christ out of Christmas. (Sad, but not my battle.)

I drafted a lengthy screed about The Hallmark Channel’s Christmas movies and how they attribute the meaning of Christmas to everything except the birth of Christ. But in a totally unexpected turn of events, I changed my mind about posting it.

I have to admit that it’s a pretty impressive feat to produce two dozen new Christmas-themed movies without once mentioning the name of Jesus (not that I’ve watched all of them, but my wife and I have viewed enough to feel confident with the extrapolation), but the same can be said for a multitude of very successful such movies that are much less family-friendly than what Hallmark has created (e.g. Scrooged, National Lampoon’s Christmas Vacation, and Die Hard [don’t get me started]).

Anyway, there are better places to get your theology, like, you know, the Bible.

There’s never a Packaging Engineer around when you need one.

I’d like to think that I’m in pretty good shape for the shape I’m in. I can do fifty pushups, eight crunches, ten pull-ups, run four miles (slowly), and bicycle fifteen or twenty. That’s pretty good, isn’t it, for someone approaching a milestone age of none-of-your-business? What I can’t do is open these: 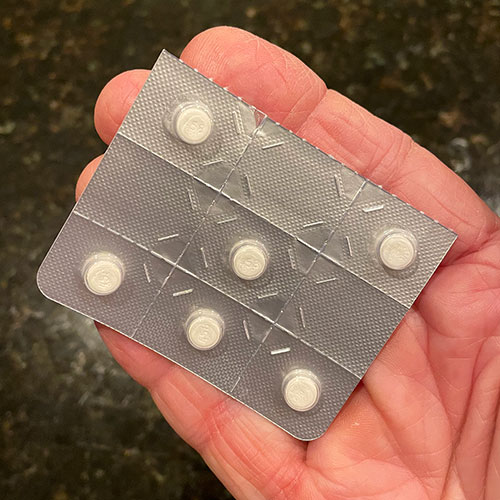 These should come with their own power tools for opening.

This is a blister pack of Claritin antihistamine, which in the Hill Country is essential for surviving allergy season, aka All Year, Every Year — and the nuclear launch codes should be protected from tampering so well. I have yet to extract one of these pills without resorting to the kitchen shears (I guess I could use a box cutter, but that opens another whole can of worms, as well as potentially an artery).

It’s been a few years since I weighed in on the pressing issue of packaging design and practice, but obviously the industry is still using gorillas and/or Dwayne Johnson as its test subjects. The rest of us mere mortals remain unamused, and occasionally unmedicated.

In local news, a new nature park is about to open. I’ve already tested it.

The grand opening for the new Horseshoe Bay Nature Park is about ten days away, but Debbie and I have already taken it for a test run. The park and the half mile trail are two miles from our house, and we’ve been watching the months-long construction progress at the halfway point of one of our regular running routes.

A few days ago, we saw that all the construction equipment had been moved off, and I later noticed a couple of folks walking their dog on the trail. So the next time we ran that direction, we decided to add the trail loop to our route. The park going to be a terrific addition to an already terrific place to live. 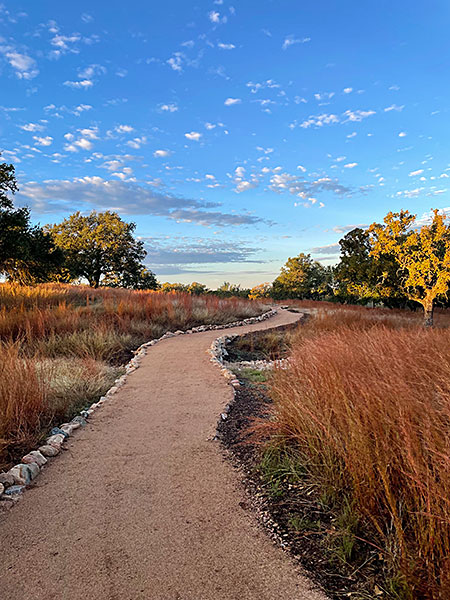 Foggy mornings are a rarity in these parts. We had one today, and I did a quick drone launch in the back yard around sunrise to document the occasion. Here are a couple of photos from the short flight. 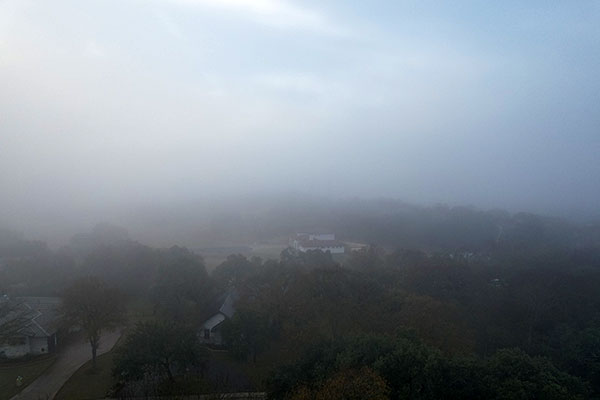 Above: This is what our neighborhood looked like from an altitude of ~100 feet.
Below: And here’s what the view was from ~350 feet. 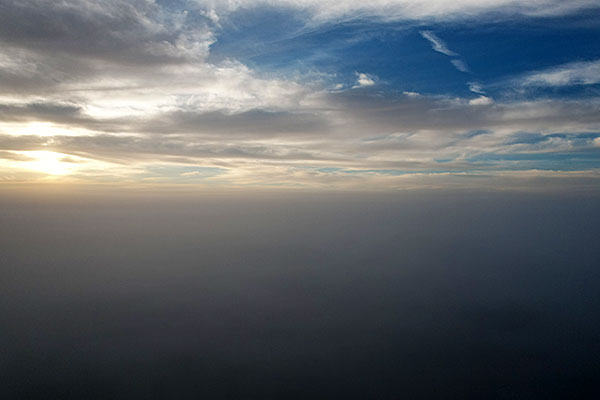 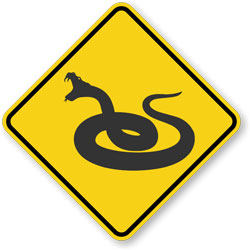 I may have previously mentioned that I follow the Facebook page for the Kentucky Reptile Zoo. These folks are performing the critical — and dangerous — work of extracting venom from a wide variety of snakes for the purposes of medical research (some of the components of venom are used in treating certain diseases) as well as for antivenom for treating victims (human and non-human) of snake bites.

They also provide a lot of educational material about reptiles and I’ve learned quite a bit about snakes from their Facebook postings.

A couple of weeks ago, they posted a photo of one of the zoo’s snake handlers holding a western diamondback rattlesnake, along with a caption reading “Why finger placement [when holding a venomous snake] must be perfect.” The reason? Some snakes can actually point their fangs backwards, outside their mouths (!) or even through the bottom of their mouths* (!!). And the above-mentioned photo showed the proof of this statement. (Note: I’ve colored the fang and sheath in red to more clearly highlight this phenomenon; the pointy tip is the business end of the fang.) 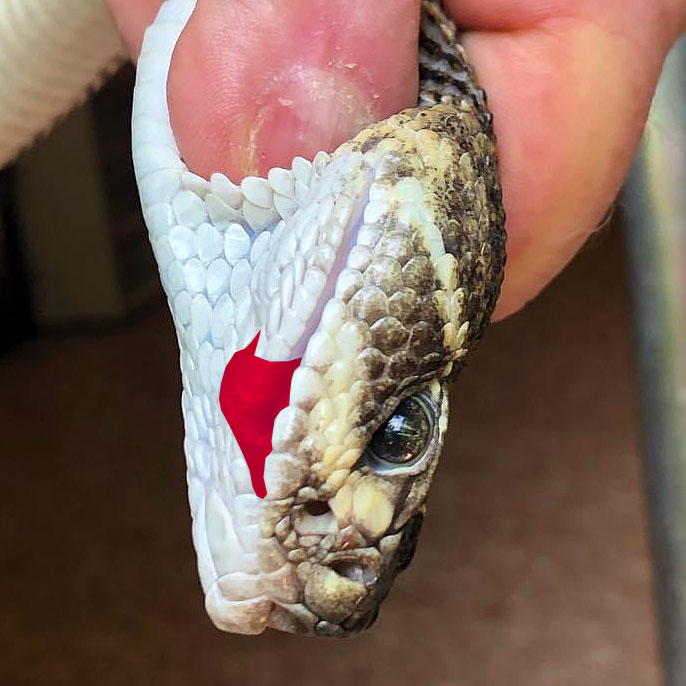 I don’t know about you, but I can’t come up with a single scenario in which I’d be tempted to grab a rattlesnake’s head, but if there was ever any doubt in my mind about that…it’s now long gone.

*Remember the 2007 movie, Live Free or Die Hard, where the exciting climax had John McClane shooting himself through the shoulder in order to serve the bad guy his just deserts**? Well, the snake’s behavior in this regard seems to be the same kind of self-inflicted wound with a purpose.

**No, I didn’t misspell it, and no, it’s not “just desserts” (unless there’s a bakery around with a twee name). Don’t take my word for it; ask the Grammar Girl.