I’m too lazy to type “Random Thursday — The Friday Edition”…or am I?

It’s been a while since we’ve done a Wandering The Web post, so this will ultimately turn into one, but first — some local weather-related updates.

Five days ago, as alert Gazette readers no doubt recall, I informed the world that Pecan Creek had, as expected, stopped flowing. Three days later, we received our first significant rainfall this year, a whopping 1.25″, which not only doubled our year-to-date total but also was sufficient to allow the creek to begin to trickle anew.

It’s not exactly a raging river (and, TBH, today it’s once again a mere trickle that will likely disappear in the predicted near-triple-digit temps that lay ahead), but we’ll take what we can get.

Every silver lining has its cloud, though. The afternoon before the rain, a huge gust of wind left its mark on the 50′ tall cedar elm in our front yard. (Click on each image to see a larger uncropped picture.) 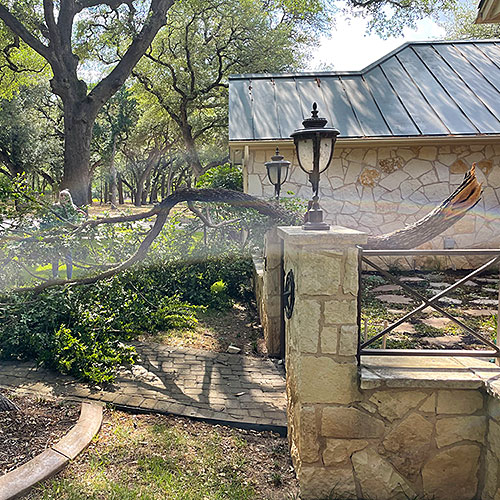 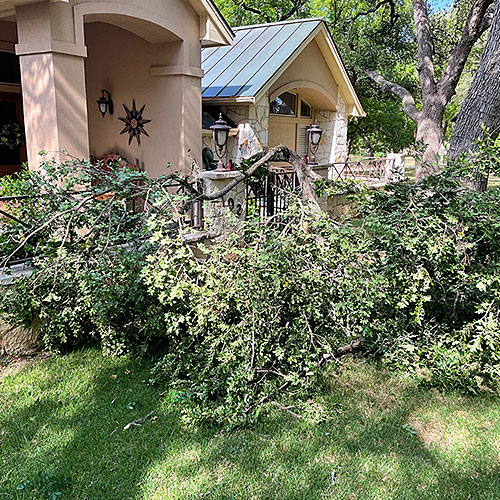 And, as long as we’re employing tired cliches, when life gives you lemons, make…well, you know. This did give me an excuse to use my EGO chainsaw with a brand spanking new chain, and add to the firewood stack for next winter’s GWD (Global Warming Disaster).

Fortunately, there was no significant damage to any structures or to the tree itself. That wasn’t the case elsewhere, as we saw downed signs and entire trees snapped in half across the town.

OK…enough of that. Does anyone “surf the web” anymore? Or do we all just scroll endlessly through FaceTwitGramaTok? I sorta miss the good old days before social media when stumbling across interesting or entertaining content could consume an entire evening, or at least an afternoon at Starbucks or Barnes & Noble. I don’t do much of that anymore either, but I do occasionally collect enough random links that seem worth sharing…so here are a few of them.

The Wall Street Journal recently had a brief article about the most expensive car ever sold at an auction, a 1955 Mercedes-Benz 300 SLR Uhlenhaut Coupé (shown below) which sold for $143 million at a Sotheby’s auction. (The article didn’t say whether it came with a full tank of gas.)

Not shown to actual scale

If you are like me — i.e. easily amused and distracted — you are wondering about other really expensive cars sold at auction, and the Jalopnik website has you and me covered. Spoiler alert: Most of the Top Ten are Ferraris, with a couple of Benzes and one Aston-Martin thrown in. And NONE of them has a Hemi.

While we’re on the subject of cars, there’s a 20-year-old college student who has the talent (?) of being able to replicate the sounds of specific high-performance automobiles with his mouth. Mr. Car Sounds, as he’s cleverly known on TikTok, has the ambition of becoming a full-time “YouTube personality.” Do we live in amazing times or what?

I jest, though, because whether or not he can monetize his “gift,” his ability to replicate the sounds of specific models is pretty amazing (not that *I* can actually recognize and judge the accuracy of his mimicry, but surely Car and Driver Magazine isn’t fooled). I couldn’t find an example of him impersonating a 2010 Honda Ridgeline.

And speaking of Car and Driver Magazine, here’s its review of the latest lust-worthy offering from Maserati, the 2023 MC20 Cielo convertible that sports an electrochromic glass top that gracefully folds into the cars innards. If you have loose change totaling just shy of $300,000, you could be the envy of, well, me.

In April, we spent some time at the McCullough County ranch owned by some long-time friends. The ranch is at the base of Brady Mountain, and our friends took us up on the caprock to view some Native American mortars. If that term is unfamiliar to you, here’s an article about similar phenomena in the Llano Estacado. 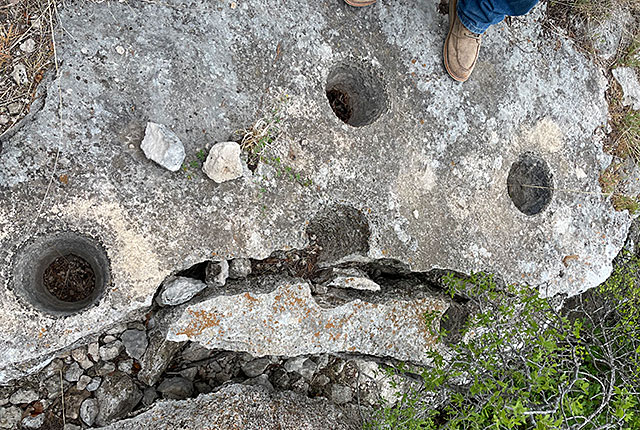 Those round holes in the rock are called “mortars.”

Mortars are circular holes in stone used by early Native Americans — in this case, likely Tonkawas, Comanches, and/or Lipan Apaches — for grinding food products with a pestle. You can learn more about the early history of McCulloch County (home to the geographical center of Texas) here.

Just because you can do something doesn’t mean you should actually do it. But that didn’t stop the super-smart folks at Carnegie Mellon’s Robotics Institute from developing a weird set of VR goggles that “create sensations on the lips, teeth, and tongue.”

Wearing these goggles, you can now experience the sensation of drinking from a stream without actually, you know, doing so. No word whether there’s an accompanying sensation of a giardia infestation, and I really don’t want to contemplate how that might be achieved.

In closing, I wonder if you’ll find this ScienceNordic article about the myriad ways in which animals use venom to be as fascinating as I did. I somehow doubt it…but I hope you’ll at least give it a once-over. If you do, you’ll learn about a shrew that uses venom as a fridge; a wasp that turns a cockroach into a pliant zombie; an ant that cooperates with a specific species of tree to keep competing trees and plants away; and another ant that coats itself with its own venom as its own antivenom. Cool stuff, really. Be warned, however; there’s a photo of a large rattlesnake in the article.