There are four bridges on the cart path connecting the ninth and tenth holes of the Ram Rock golf course in Horseshoe Bay. Debbie and I regularly run along that path during the summer when we can see well enough to legally do so before 7:30 a.m. And, lately, we haven’t had that route to ourselves.

Alert Gazette readers will recall that two months ago, we encountered a venomous cottonmouth on the path (along with two other non-venomous snakes at various other points) that leads to the #10 green (for the benefit of you local golfers). This morning, there was another snake lying in almost the exact spot as that cottonmouth; fortunately, it was a plain-bellied watersnake (Nerodia erythrogaster), a harmless frog- and fish-eater. It did its best to look fierce, but it wasn’t fooling us. 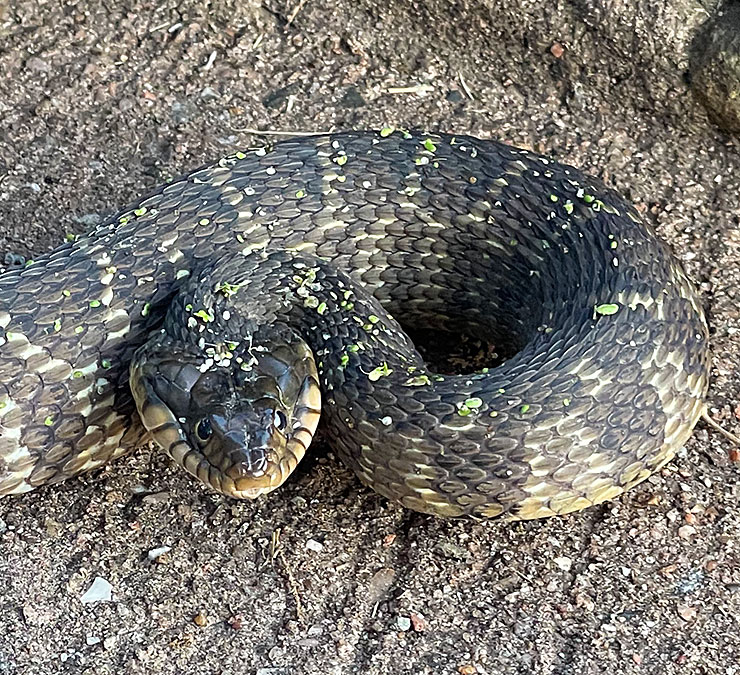 This photo illustrates why the shape of the head is not a reliable indicator of whether or not a snake is venomous. 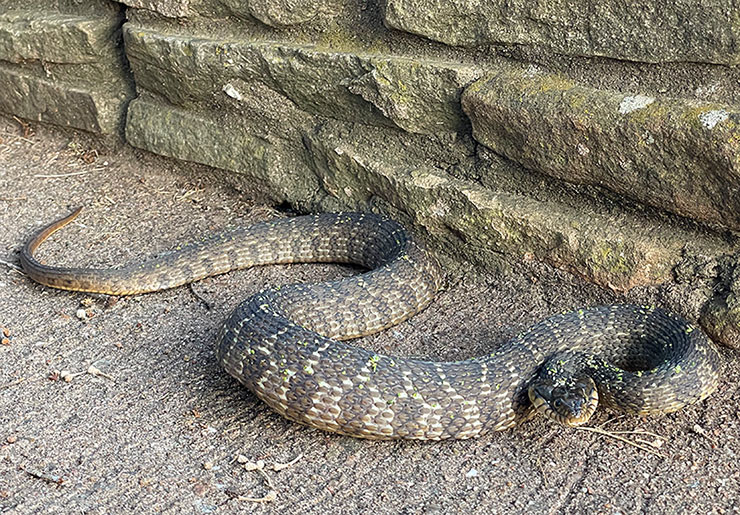 It’s not as big as the photo might indicate…probably only a couple of feet long.

We paused long enough to take a couple of photos, then resumed our run. About a quarter mile later, we crossed the fourth bridge (on the fairway leading to the #9 green), and, looking down at the water, spotted another PBWS coiled around what appears to be a small broken tree stump. We again paused for a brief photoshoot. 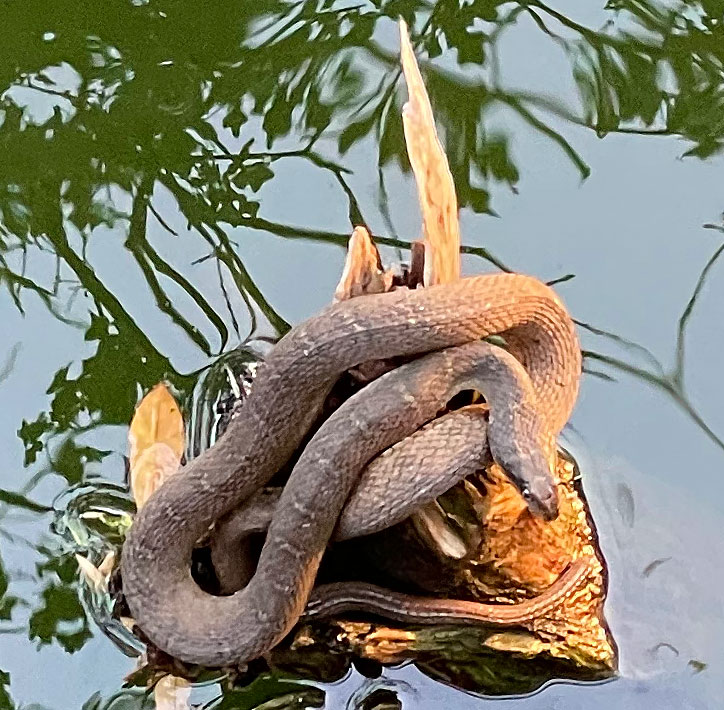 If you can see a watersnake’s eyes from the top of its head, it’s not a cottonmouth. 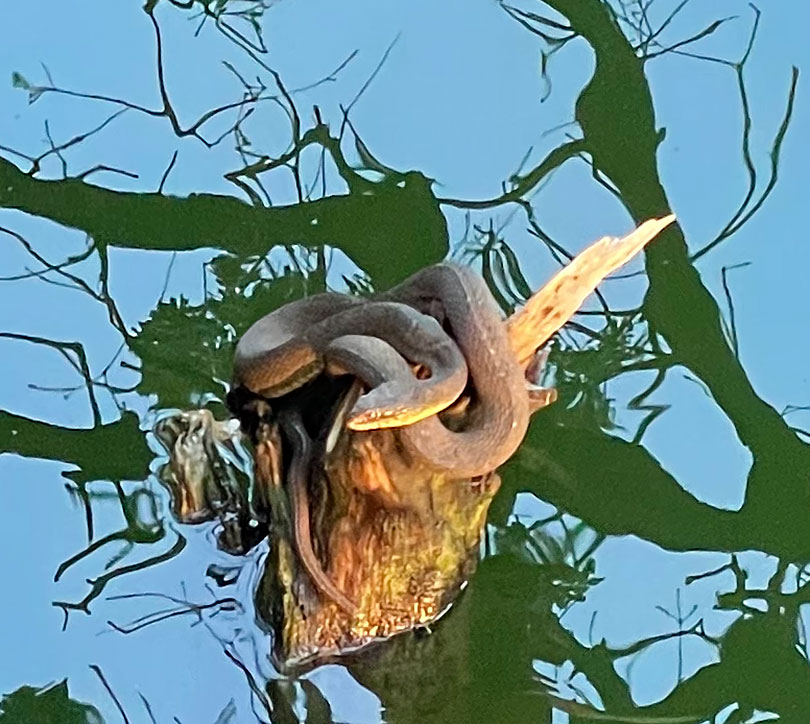 This one was a bit more relaxed than the first one.

We ran another quarter mile then turned back to head home. We also wanted to make sure the first snake had vacated the path before it encountered people who might not be as concerned about its well-being as us. As we ran back, I snagged a broken tree branch to use as a prod in case it was still on the path.

It hadn’t budged from the previous spot. I used the branch to coax it toward the water…and it didn’t appreciate my efforts in the least. It struck violently in my direction before acquiescing and wriggling into the water where it disappeared from sight. (That defensive action is why some — most? — people might deem the snake to be dangerous; it’s all bluff.) And, sure enough, less than 25 yards later, we met a couple walking their small dog in the direction toward where the snake would have been. The timing was perfect for all involved.

Oh, and the title of this post? If you’re not up on your Spanish, it simply means the snake bridges…and they’ll hereafter always carry that title in our minds.