I took a photo of a sunrise yesterday. It was a pretty spectacular scene, don’t you think? 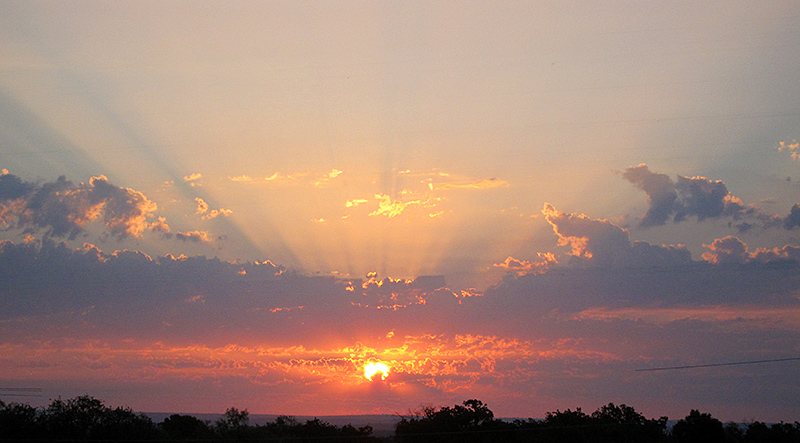 Debbie and I were driving to Lighthouse Drive for a run and we pulled off Ferguson Road to take pictures of the amazing sunrise.

Now, here’s the thing about living in Horseshoe Bay: it’s really hard to find a location with an unobstructed view of sunrises (and sunsets). The combination of the hilly terrain, pesky trees, and high-rise condos presents a challenge for photographers. And those aren’t even the worst obstacles.

This area might have more electrical transmission towers and lines per capita than anywhere else in Texas, thanks to the presence of the Thomas C. Ferguson Power Plant. That power plant generates enough electricity to serve almost 200,000 people (the math is a bit fuzzy, to be honest…lots of variables that are beyond the scope of this post…or any other on this blog!), and distribution of that electricity requires a plethora of wires and towers to connect them.

And to illustrate my point, here’s the un-retouched version of the above photo: 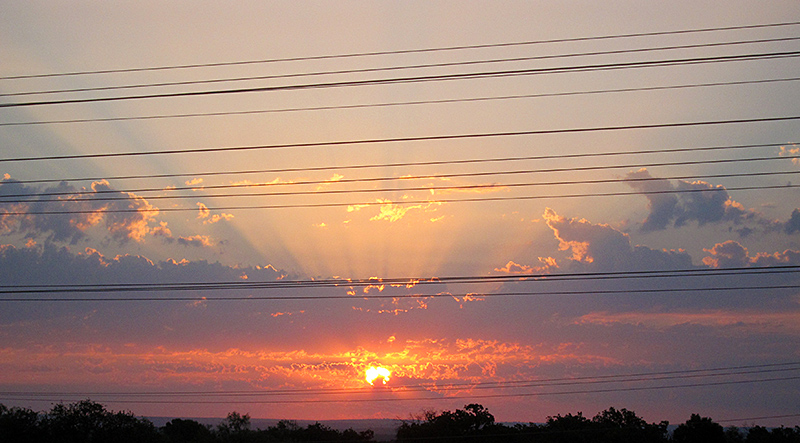 There were eighteen (18!) power lines between me and the sunrise at this otherwise unobstructed vantage point. But thanks to a handy little tool in Photoshop called the Healing Brush, I was able to remove the offending black lines in a [mostly] non-destructive manner. Here’s an explanation of what the tool does:

I said that this editing was mostly non-destructive, meaning that it’s unlikely that most casual observers would be able to tell that the photo was retouched. But there are some telltale signs, particularly in the larger versions of the photo. One of them seems very obvious to me; if you see it, feel free to describe it in the comments. I’m not going to point out the flaws (or, as we euphemistically refer to them, “artifacts”) as I don’t want to spoil the “magic.” 😃

What’s the point of documenting this exercise? Only to say that while God certainly doesn’t need any help improving His work, this photographer will take all the assistance he can get.