Why, hello there, good looking! Today is Be Someone Day, and I was totally prepared to make some lame jokes about it until I broke with tradition and researched it and found that it’s a day to think about how to make a positive difference in a child’s life…and, more specifically, to commit to reporting child abuse if you observe it. Important stuff, that.

So, fortunately, it’s also National Junk Food Day, as well as Get To Know Your Customers Day. Now, I have a pretty good handle on the Gazette’s “customers” (think about it…you’re paying me with the time you spend to peruse this garb…uh…pixel-based scribbling), but in observance of both of those days, if any of you choose to leave in the comments one fact about yourself that I don’t already know, I commit to eating one potato chip. You can’t tell me that those yahoos in the Starbucks corporate offices are prepared to make that kind of deal with their customers.

We’ve got a lot to cover today…but first, some breaking news! 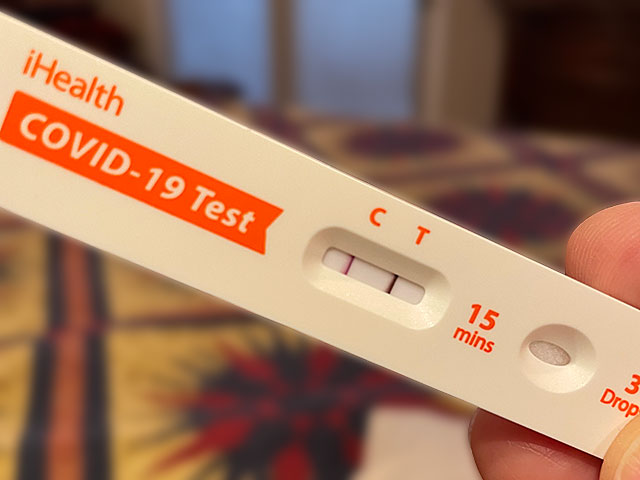 [To the tune of American Pie]
Bad news on the test strip;
I can’t take anymore trips.
I can’t remember if I cried
The morning I saw that second line,
But the coughing comes from deep inside
The day of the test broadside.

Debbie and I both tested positive this morning. I blame Joe Biden. Fortunately, like pretty much everyone else, our symptoms are mild, but just in case, I’ll wear a mask* while writing the rest of this.

*As far as you know.

Today’s Wall Street Journal has an article entitled How to Spot Fake Reviews and Shady Ratings on Amazon. I’d link to it, but it’s behind a paywall. Besides, it’s of little value…mostly commonsense stuff that alert Gazette readers already know. But I was intrigued by some of the comments left by subscribers. Please allow me to mock a couple of them, but also give credit where credit is due for one helpful suggestion.

I don’t think that word means what you think it means.

I think this guy was grasping for a gender-neutral terms for someone who sews stuff. That word, by the way, is tailor.

Then there’s this one…

Well, at least we know he’s not a fake.

As a writer, albeit a hack, I resent the implication — nay, the accusation — that my striving for perfection in my written communications is evidence of my intent to engage in trickericity. (Pretty sure that’s a word. Really.)

This last one, however, makes a very good point that I’d never considered…

This is what the previous guy should have said.

Of course, by publishing this on the Gazette I’ve ensured that Amazon will now be flooded by four star reviews. The cat’s out of the bag. Sorry about that.

[By the way, I, for one, would gladly pay for some four star reviews for this blog.]

Switching gears now; stay with me.

Yesterday I received an email from the Pedernales Electric Cooperative (PEC), our electricity provider. It had a link to a video purporting to explain why our bill went up this month, compared to last month.

I found the video…unhelpful. Well, see for yourself (I don’t know why there’s no audio, but it’s captioned so it doesn’t matter).

It doesn’t take a genius to understand that our electric bill went up because of the historic heat wave we’re currently “enjoying.” Nor does it require a fancy video explanation, although this falls quite short in the actual category of explanations. They could have just sent an email that said, “Hot weather made your bill go up a lot; other unknown-to-us stuff made it go down a bit.”

Don’t get me wrong; I like PEC. During Snowpocalypse 2021, they kept our lights and heat on (although many other customers weren’t as fortunate). The coop is very community-minded. But I can’t help thinking that this method of communication was money ill-spent. (I also told them that in the survey that accompanied the original video.)

OTOH, I do take a bit of comfort in the fact that they don’t know — or at least they claim they don’t — what other factors in our electricity usage partially offset the weather-related increase. I mean, it would be really creepy if they said something like “you turned off the hallway lights leading to the guest bedroom three minutes more often than last month, and you used a lower setting on your toaster oven. Oh, and that lamp that is on a timer that you think goes off at midnight? It doesn’t.” I’m sure that’s coming someday, but for now I’ll choose to believe that not everything we do is knowable to outsiders.