Howdy, y’all. Today is the 28th day of July — at least here in Texas, USA, Earth — and thus it’s National Chili Dog Day AND National Milk Chocolate Day, and the only way it could get any better is if the Gazette’s small army of interns would rush out and bring me back a chili dog and a Yoo-hoo. OK, I have no idea if a delicious Yoo-hoo contains actual milk chocolate, which, as I understand it from my extensive research, requires actual milk, which Yoo-hoo doesn’t contain. But I’m getting off the subject here, because what I intended to say is that today is also National Intern Day, but we won’t celebrate it because Management (aka “The Man”) is too $*%&# cheap to hire any interns, much less a small army of them.

But here’s an impressive (I think) segue. You know that $*%&# I used above (as a euphemism for ^*#%$, but you knew that)? I just learned that there’s a name for that string of characters that stands in for a word that would get your mouth washed out with soap if you lived in a kinder, gentler, cable-, internet-, and Quentin Tarantino-free world. It’s a grawlix. And there’s actually a standard way of writing a grawlix: @#$%&. (OK; you caught me…that’s the AMERICAN standard for a grawlix; the BRITISH standard — for the benefit of my many UK readers — is @#£%&.) Of course, editorial and/or grammatical standards are made to be ignored, and thus I made up my own. Feel free to borrow it.

We have a lot to cover today (not really) but first: 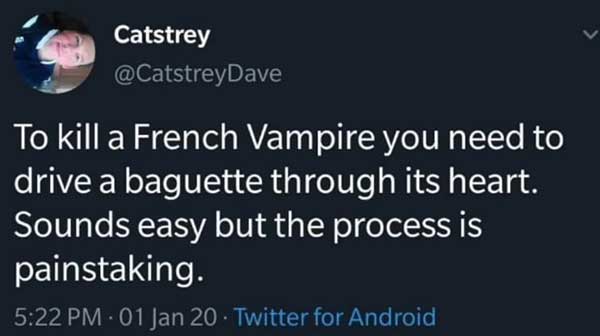 Raise your hand when you get it.

I just received the annual emailed renewal notice for the SiriusXM subscriptions in both our cars. And, as always, that’s my cue to call them and threaten to cancel our subscription, which is their cue to say something like…”wait…I see that you’re eligible for a special upgrade rate!” and they’ll reduce the proposed annual fee by half or 2/3rds.

See, the renewal fee they’ve just quoted comes to $597/year, whereas we paid $242 last year, thanks to my threatening phone call last August. It’s such a transparent sham song-and-dance. I suppose what they’re counting on is for people to either not notice the increase, or forget to contact them, or just give up because it’s such a hassle (you can only cancel — or threaten to cancel — by phone).

I know; $250 isn’t really a lot in the cosmic scheme of things…but it is enough to keep the Gazette up and running for another year. So, SiriusXM…let’s dance. 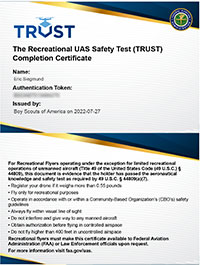 So, here’s something for those of you who operate UASes, aka drones and remote control aircraft for strictly recreational purposes: an “aeronautical knowledge and safety test,” the passage of which is required by law before flying your aircraft. It’s called TRUST (“The Recreational UAS Safety Test”). It’s an online course that takes about 30 minutes, and if one successfully completes it (and you’d have to be unconscious not to do so), you’re issued a certificate which you are required to show the FAA or law enforcement if requested. The preceding link explains more about the course, and provides links to multiple websites that administer it. I took it yesterday via the Boy Scouts of America website.

While this course and test went into effect a year ago, I just found out about it via an email from the FAA. The test is free, and, as I implied, drop-dead simple.

Hey, any of y’all ever heard of something called Wordle? Ha…jk…of course you have. If you’re on Facebook, your feed is probably filled with friends’ posts showing their daily conquest/defeat and perhaps some accompanying humblebrag/excuse about how lucky/unlucky they were.

I keep thinking Wordle is going to jump the shark any day now, but like lame network game shows, the puzzles just keep on a’coming.

Now, I don’t begrudge folks who enjoy what by all appearances is a harmless, albeit apparently addictive game, and I really don’t mind scrolling past the FB posts. I’m just curious about the trajectory of this phenomenon. I mean, there’s now a Wordle board game, and that might be the canary in the coal mine, to mangle a metaphor.

Can a movie be far behind…and will it involve Minions? How about a new Batman arch-villain, the Wordler (you get six tries at…something…before your ferret explodes)? Perhaps Dan Brown will pen a novel in which he reveals the secret and supernatural messages being sent out by the Illuminati via the game’s daily solutions.

All of those are possibilities, but we’ll know the phenomenon has reached its apogee when Ford introduces its new F-150 pickup, the Wordle Edition. 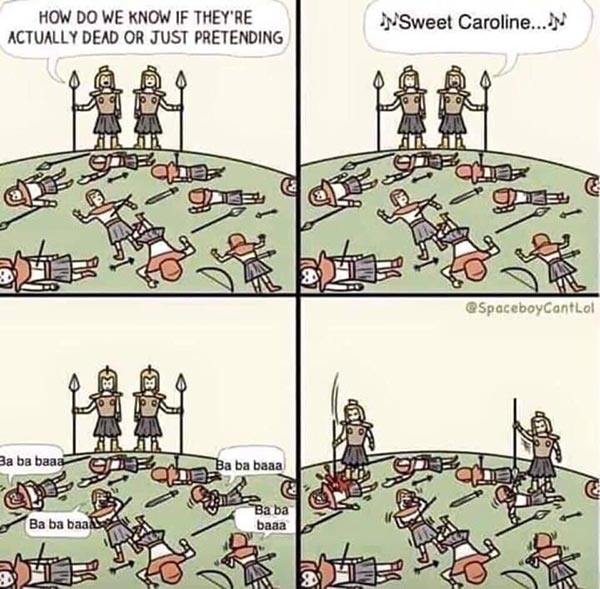 Admit it…you did it in your head, too.