This is the first in what I hope will be a periodic – if not regular – series in which I share, well, two things. Each pair may or may not have some relationship to each other; it’s possible that the only thing they have in common is that they happened to catch my eye at approximately the same time. If that seems lame, you won’t get any argument from me. I’m still gonna do it.

Thing The First: The FLIZ

The website is in German, and Google’s literal translation feature is occasionally lacking in clarity, but the photos tell the story: you hang from a crotch-choking harness and try to run/glide, for reasons that are inexplicable no matter what language is used to describe them. 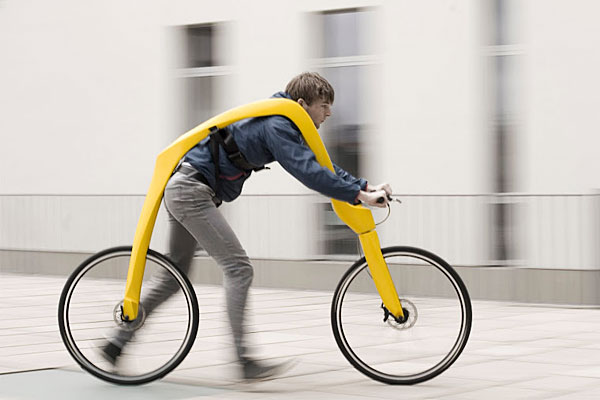 I will readily admit to being attracted to eccentric forms of human-powered transportation, but this crosses the line between unusual and creepy/painful. Still, I can admire the quality of the build of this prototype, and the use of dual disc brakes on an apparatus that likely will never go more than 15 mph has a certain irrational appeal. And Schwalbe makes great tires, so it has that going for it. But even the sporty Tour de France-yellow paint job won’t save it from being an eternal solution in search of a problem.

Tip o’the cycling cap to My Life In Recline

Kel-Tec is known throughout the shooting community as a manufacturer of inexpensive-but-competent handguns. Its palm-sized P3-AT .380 Auto is extremely popular as a concealed carry weapon. I’ve owned one for years, but I only recently learned that Kel-Tec makes rifles, and is a new entrant into the market for tactical shotguns. And their first offering in that category is a fascinating piece of firearmory: 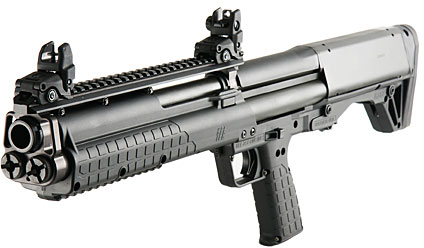 The KSG (Kel-Tec Shot Gun…they apparently don’t spend a lot on branding research) is one bad-looking piece of equipment with its dual-tube magazine tubes (holding 12 rounds) and industrial grade Picatinny upper sight rail. This is not your father’s quail hunting boomer, and you wouldn’t be allowed through the gate at any trap-shooting establishment. But if you’re a shotgun enthusiast, the KSR is almost too cool to ignore.