I’m still trying to decide how I feel about Lance Armstrong now that he’s [apparently] coming clean – more or less, and no pun intended – about his use of PEDs during his cycling career. I’ve been a fan since his early days in the sport, and felt an inordinate amount of pride – even patriotism – in his seven Tour de France victories. 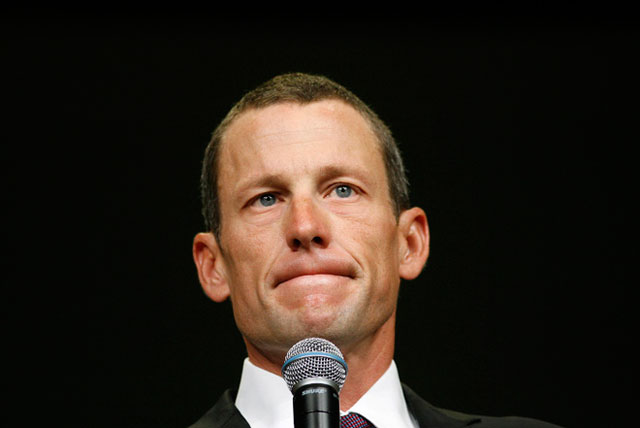 Even so, I never really liked the guy, if that makes any sense. I had tremendous respect for his skill on the bike, and his tenacity was awe-inspiring, but there was always a dark undercurrent to his personality. When rumors about his “externally enhanced” abilities began to circulate, I bought into the whole “he’s the most tested athlete in history and has never tested positive” argument…and yet. When Bicycling Magazine publish an extensive article last year, written by an admitted fan who laid out a very well researched and detailed case against Armstrong, and took no joy in doing so, it just seemed to ring true to me. And it turns out that it was.

So, where I’m at today – and this could change, for better or worse – is wondering just what kind of sociopath could cultivate such a convincing façade of lies, and aggressively – even pugnaciously – maintain it for years, leaving a wide swath of figurative bodies in the ditches, just as he often did his cycling competitors. How does a person build such a public persona, to the point where he is arguably the most recognized athlete on the planet based on his accomplishments on and off the bike, and go to bed every night knowing it’s based on lies piled atop lies? Was there a point in his life where he reached a crossroads, where he could have fessed up with a minimal amount of backlash, and he made a conscious decision not to do so? Or was it out of hand before he realized it?

These are questions for others to contemplate. I don’t expect he’ll ever answer them, but for now, while I pose the questions, I’m really not interested in the answers. Instead, I’d much rather call attention to…

You remember Missy, doncha? Sure, you do. She’s the world-record-holding American swimmer who won four gold medals at the London Olympics last summer. She’s also a 17-year-old high school student in Colorado who just turned down an estimated $3 million endorsement package in favor of staying in school in an attempt to live a normal teenager’s life. 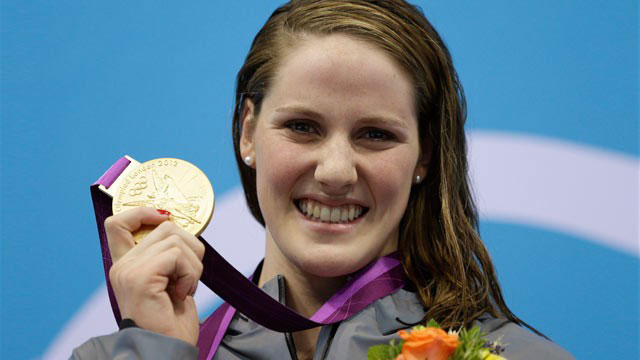 Not everyone is happy about that decision, by the way. The Wall Street Journal reports that many swimmers at neighboring high schools are dismayed at the prospect of having to compete against an Olympic gold medalist (although it sounds like the parents and coaches may have more invested in the issue than the kids themselves, like that’s any great revelation). By the way, the WSJ poll accompanying the preceding story shows that almost 90% of respondents agree with her decision to continue to compete in high school meets.

Despite the sour grapes attitudes by some, most of us would agree that it’s refreshing to hear about a gifted athlete who is so well-grounded. Setting aside the obvious question of “how rich ARE her parents, anyway?” it’s hard to imagine that Missy will ever fall into the same self-constructed trap that Lance succumbed to. And as long as we have enough Missys (Missies?) to counterbalance the Lances, there’s reason for optimism, at least in the wonderful world of sports.