Update [9/23/20]: Thanks to a comment on the post linked below, I’ve been able to add a new chapter to the ARCO artwork saga. This time, it’s focused on corporate art from ARCO’s presence in the Chicago area. Read about it here.

Update [10/5/16]: David Halver helped with the management of ARCO artwork collection in Los Angeles and Denver in the late 70s, and he contact me after reading this post. He provides a true insider’s look at the collection and gave me permission to share his experiences, which I’ve done here.

In 2000, BP Amoco PLC acquired Atlantic Richfield Company for $27 billion, thus bringing a temporary end to my oil and gas career after 25 years. One of the things that ARCO was known for was its corporate artwork collection. Under the guidance of its chairman and CEO, the legendary oilman Robert O. Anderson, the company accumulated over 15,000 pieces of original artwork, housed in offices throughout the country. The collection included works by artists such as Andy Warhol, Roy Lichtenstein, and Herbert Bayer (a close friend of Anderson). Whether an oil company had any business investing so heavily in art is a legitimate question, but R.O. Anderson was a persuasive and charismatic guy, and the board and major shareholders didn’t seem to mind.

The good stuff was, of course, on display at the corporate headquarters in Los Angeles, but even our office in Midland housed almost 300 pieces. They weren’t universally appreciated – some of the more abstract pieces were subjects of ridicule, in fact – and the corporate art department seemed to be a bit tone-deaf when it came to providing regionally appropriate artwork, although they perhaps were simply trying to refine our philistine West Texas preferences.

Anyway, BP (they dropped Amoco in 2001) apparently didn’t share ARCO’s tastes in art, and so it was that the Midland office was instructed to dispose of its collection. They didn’t express any strong opinions as to how we were to do that, and so during a brainstorming session I suggested that we might donate the proceeds from a sale of the artwork to the United Way, an organization that the Midland office had provided significant support for through the years. That idea quickly evolved into putting the pieces up for public auction, thinking that it might be a way to not only raise a tidy sum of money but also generate some good publicity for the United Way. According to a spreadsheet I found in my files, the original cost of the artwork was more than $75,000, and some of the pieces were thought to have appreciated significantly in value.

Update (7/21/15): I received an email today from someone whose sister bought one of these pieces – this one, to be exact – in an estate sale in Los Angeles a couple of days earlier. She found this post while searching for more information about the artwork, and contacted me to see if I could tell her anything more about it. Unfortunately, it seems that even the ARCO art department didn’t know anything about it, because the original inventory list didn’t list an artist or title. But it was quite interesting to track at least part of the journey of one of these works.

I volunteered to build a website that would showcase the artwork, and also provide a means for bidding. This was essentially my last project as a BP employee, and it was a fun one. 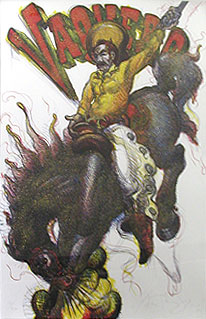 The first thing I had to do was photograph and catalog all 287 pieces. I had never photographed artwork, so everything was trial and error. My camera was a state of the art Sony Mavica MVC-FD7 [PDF] digital camera, which recorded .3 megapixel (640×480 pixels) images onto a 3.5″ floppy disk. The pictures were pretty bad by today’s standards, but given time and budget constraints, shooting high resolution photos on film just wasn’t practical. If nothing else, the Sony provided quick turnaround and web-friendly results. (I still have the camera, but no battery to power it.)

If you’ve ever tried to photograph artwork, you know that it’s not easy, especially if it’s behind glass. I spent a lot of time in Photoshop cleaning up the images so they at least remotely resembled the originals.

The website design was also pretty laughable by today’s standards, but not bad for the early Oughts. The site was actually designed with the idea that it would be distributed on CD-ROM, in addition to online access. But for some reason I can’t recall, I resized the images to even smaller dimensions; most were only 250 pixels tall or wide. I suspect it’s because at smaller sizes the images out of the camera didn’t look so flawed, but that’s just a guess. But keep in mind that at that time, home internet access was generally via dial-up modem and bandwidth was extremely limited. Image size was a big deal. 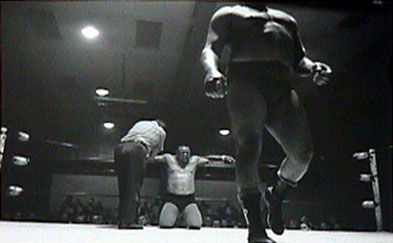 The end of this story gets really fuzzy for me, because I left the company before the final disposition of the art took place. I vaguely recall that the decision was made to donate all the art to the United Way and let that organization decide how best to dispose of it, and I further think they then found a dealer to purchase the entire collection. I have no idea how much they netted from the sale; I hope it was significant, but it didn’t get a lot of publicity so perhaps it wasn’t.

This is actually just a long introduction to the real purpose of this post, which is an attempt to preserve a little history that would otherwise fade completely out of sight. I have resurrected the original website that showcases – if you can call it that – the artwork that is now in the hands of unknown people. For all I know, much of it is now gracing garage sales around the country, while some might hang in other corporate HQs. But if you follow this link, you’ll get a look at that art, as well as a reminder of what websites looked like fifteen years ago. (If you look carefully, you might find the lightning bolts that indicated hyperlinks…how clever was that?)