If you follow me on Instagram, feel free to skip this post…unless you want to read about the context of some of the images I’ve posted over the past several months. And if you don’t follow me, I must remind you that I’m a very sensitive fellow and my feelings are easily bruised.

As my IG profile reads, all the images I post on that site are based on my original photography. This is code for “very little of what I post is unmodified, un-retouched, un-Photoshopped photography.” The photograph is, for me, simply a jumping off point where I try to adapt the image the camera captures into the one that’s in my mind when I take the picture.

OK, I realize that sounds pretty high falutin’. The truth is that I don’t always know what I’m looking for in a photo until I see it. I might have the end result in my mind when I take the photo, but when I actually work with it, something entirely different presents itself. It’s sort of like the novelist who lets her characters dictate to her how they’re going to act and the results of those actions. In other words, we’re not always in charge of our creations.

Anyway, following are thirteen images that I’ve created and uploaded to Instagram lately, along with a few words of how or why they came to be. I hope you enjoy them.

By the way, almost all of the following images are based on photos taken with an iPhone. The best camera is the one you have with you. 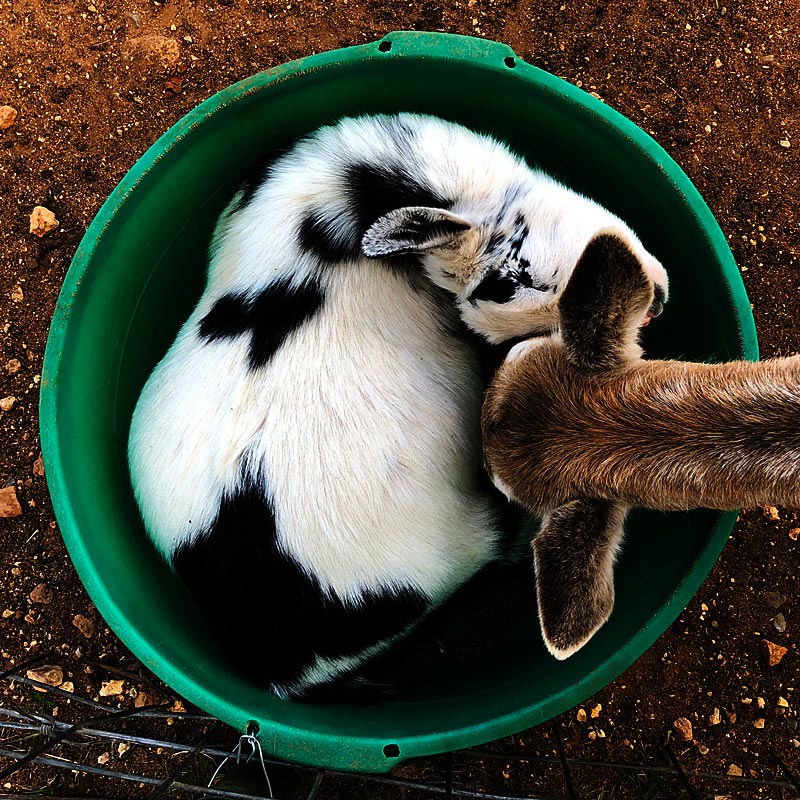 There’s an exotic game ranch on Highway 281, a few miles north of Johnson City, Texas. Shortly after last Christmas, our extended family went on one of their guided tours. It was a lot more fun than I expected, and the variety of animals roaming [relatively] free through the ranch was impressive (although the absence of dinosaurs was a bit disappointing). At the end of the tour, while walking back to the car, I spotted these two goats, one of which was trying rather unsuccessfully to eat the food in the tub where the other had decided to catch a nap. 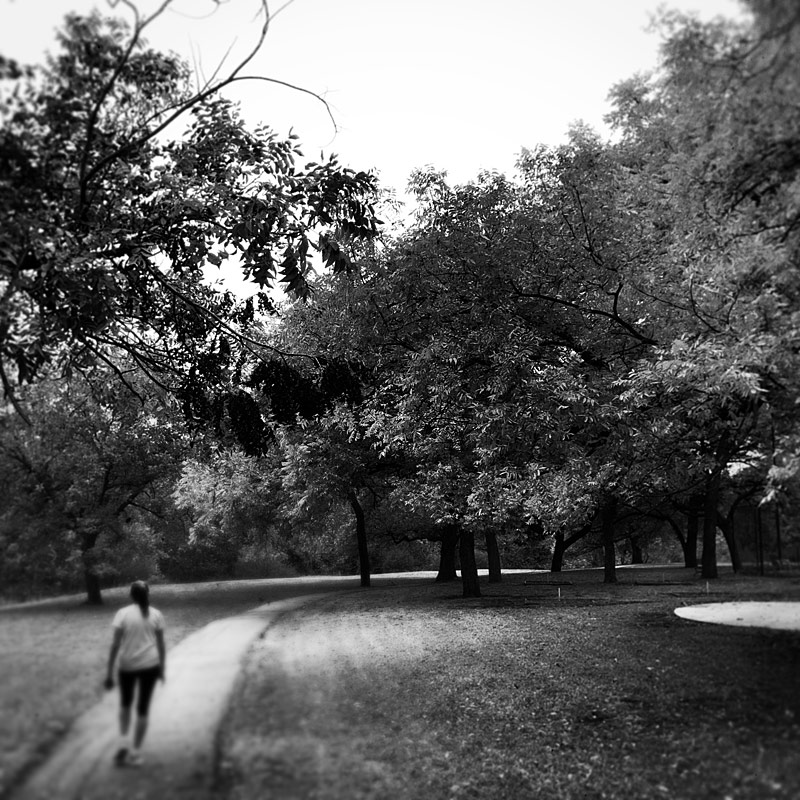 I’m a big fan of the dramatic potential of black and white photography. The technique seems to easily evoke emotions or tweak memories that might be lost in the distraction of colors. When you couple that with selective focus (e.g. the blurring in the lower left hand of the above image), it can bring a dream-like state to an otherwise mundane setting. Here, MLB is walking on a path in our neighborhood following a morning run. 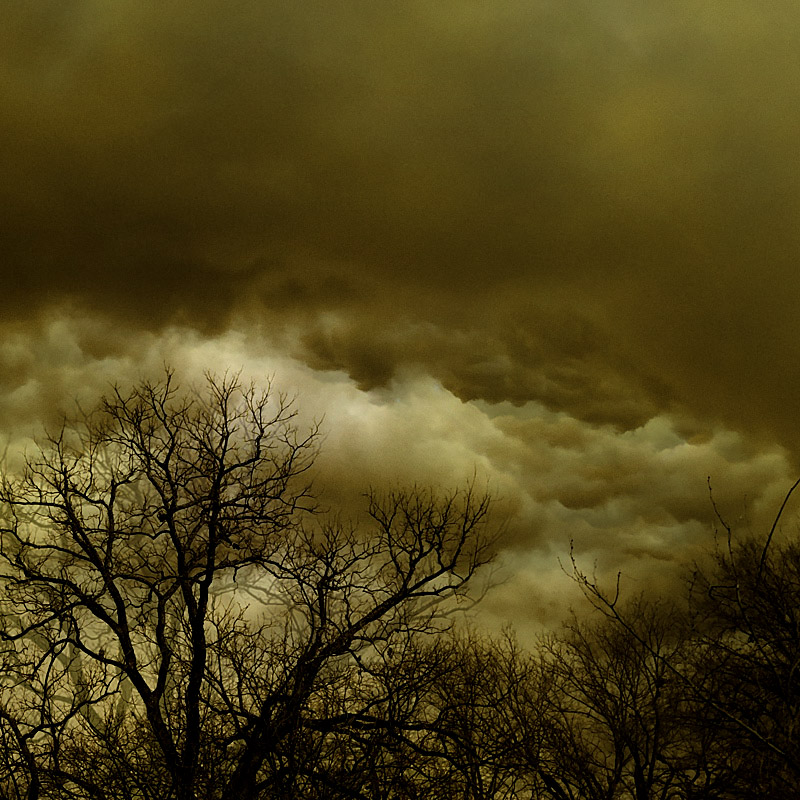 Black and white photography doesn’t always mean, well, black and white. I took this photo as winter storm clouds gathered (the storm was mostly bluster and bluff; we just got a bit of wind not much rain at all from it…but it was impressive looking!). If you look closely — it’s really evident in the tree limbs in the lower left portion — you’ll see some ghosting. This effect was achieved by copying an identical photo on top of the original, and then offsetting it slightly. 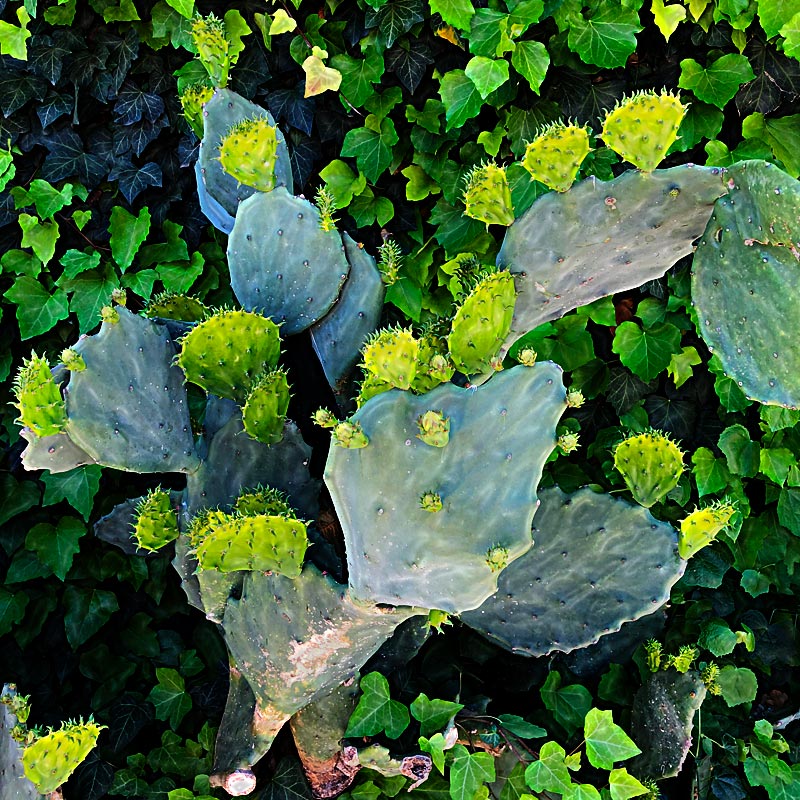 Of course, color can also bring drama…even when it’s got its own monochrome personality. We were on a sidewalk in Johnson City last summer and I was fascinated by the many shades of green in this tableau of a prickly pear cactus fronting a wall of ivy. 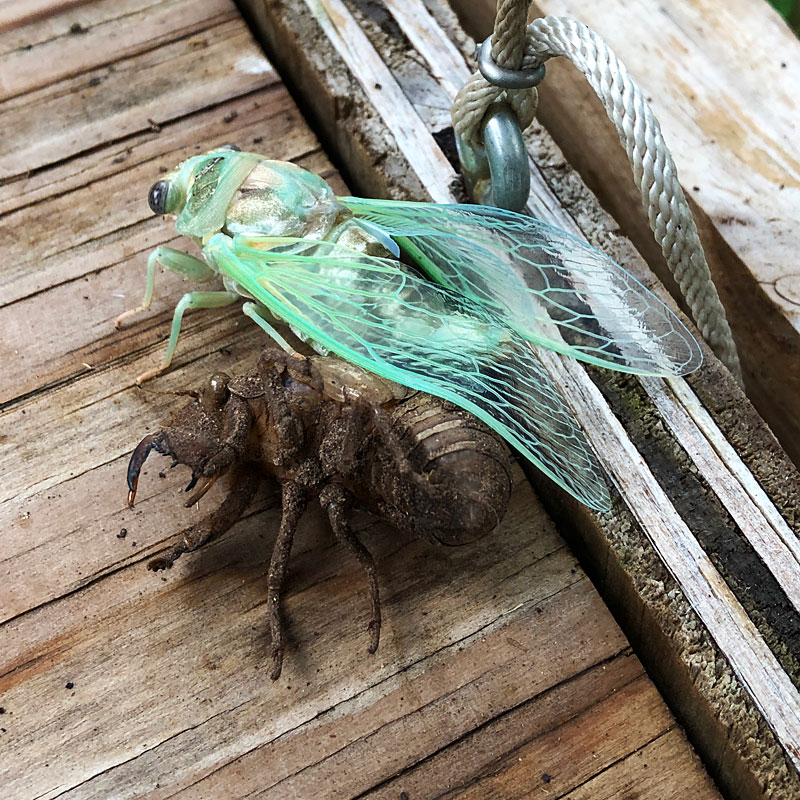 Speaking of fascination, the animal kingdom is full of amazing stories. Last summer was a terrifyingly fruitful season for cicadas. There were times when their “singing” was almost deafening, and their nymph exoskeletons (the dry husks left behind when the adult cicada finally emerges with a goal of starting the life cycle over again) seem to be omnipresent. I was fortunate to come across this newly emerged, fresh-looking cicada next to its abandoned husk. Those gossamer wings look incredibly delicate. 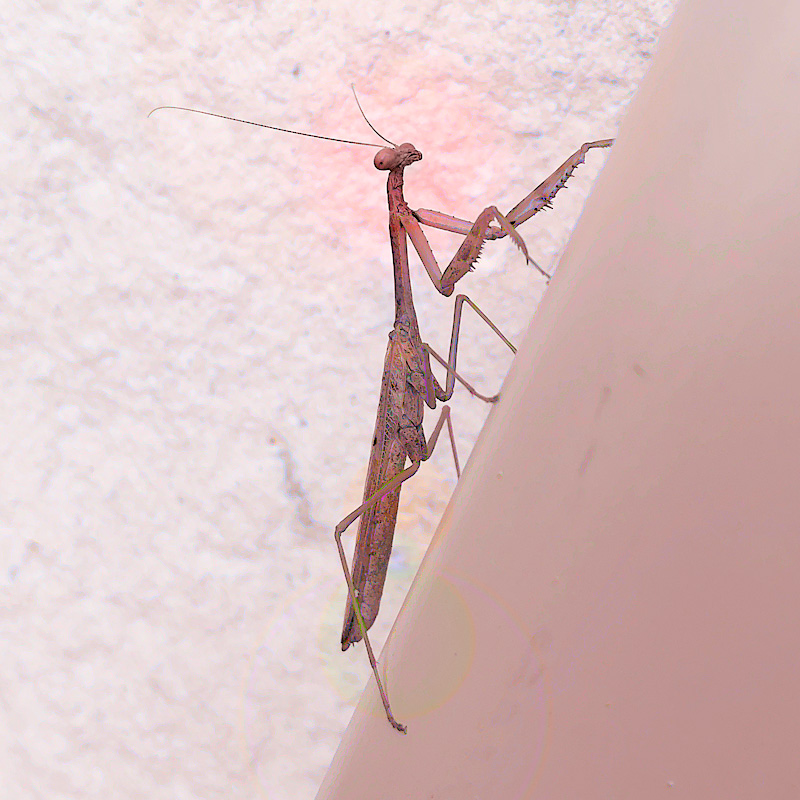 Praying mantises are creepy and cool, especially when their eyes track your movements. They’re always green in color, or possibly greenish-brown, until a crazed Photoshopper decides to improve upon nature. This one was clinging to the frame of our garage door, which isn’t really as crooked as the image would suggest. Photoshop does have an image rotation feature, you know. 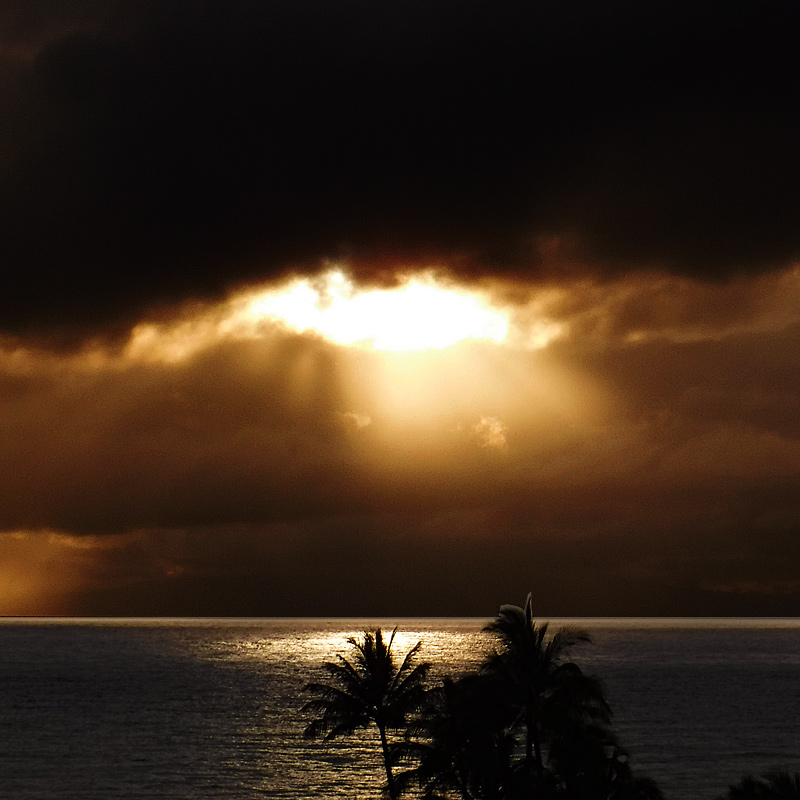 We were fortunate to be able to vacation on the island of Maui last year, staying at the Andaz resort in Wailea. The reception area of the resort is open-air, and faces west, and each evening guests gather there to see the sunset. It’s not always this dramatic, but it rarely disappoints. 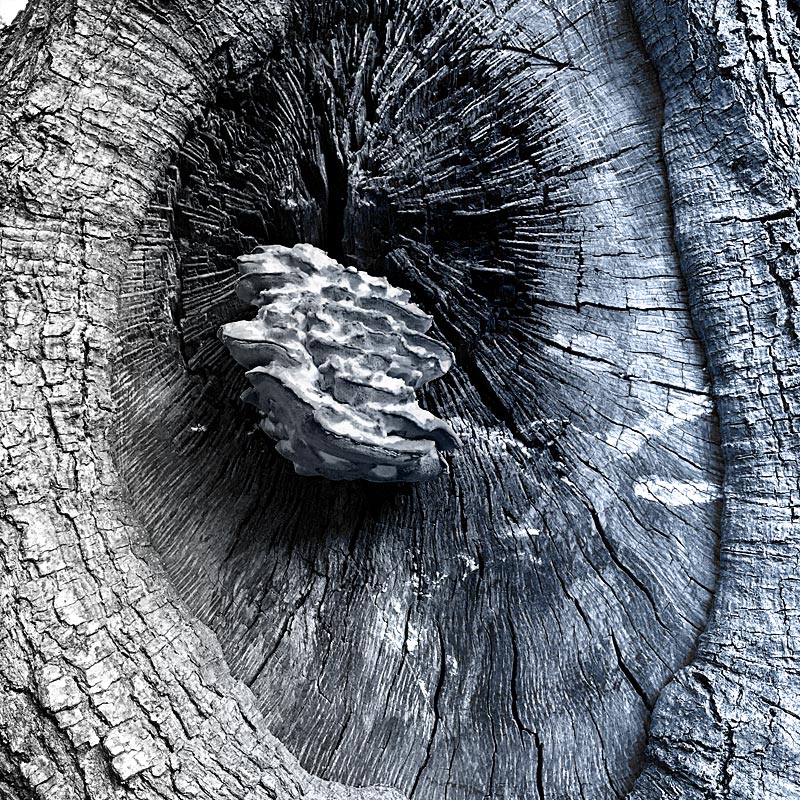 Here’s another black and white image, this one showing a tree fungus growing in an old wound on a live oak tree where a limb was removed. I use a desktop application called Tonality (sorry, Windows users; it’s Mac-only) for a lot of my monochrome work. It’s got a bewildering number of presets that you can apply to a photo, and while all of them can be duplicated in Photoshop if you have the time and skill, being able to apply them in Tonality with a single click is a no-brainer. And even the presets are infinitely editable if none of them achieve the exact effect you’re visualizing. (Thus endeth the ad.) 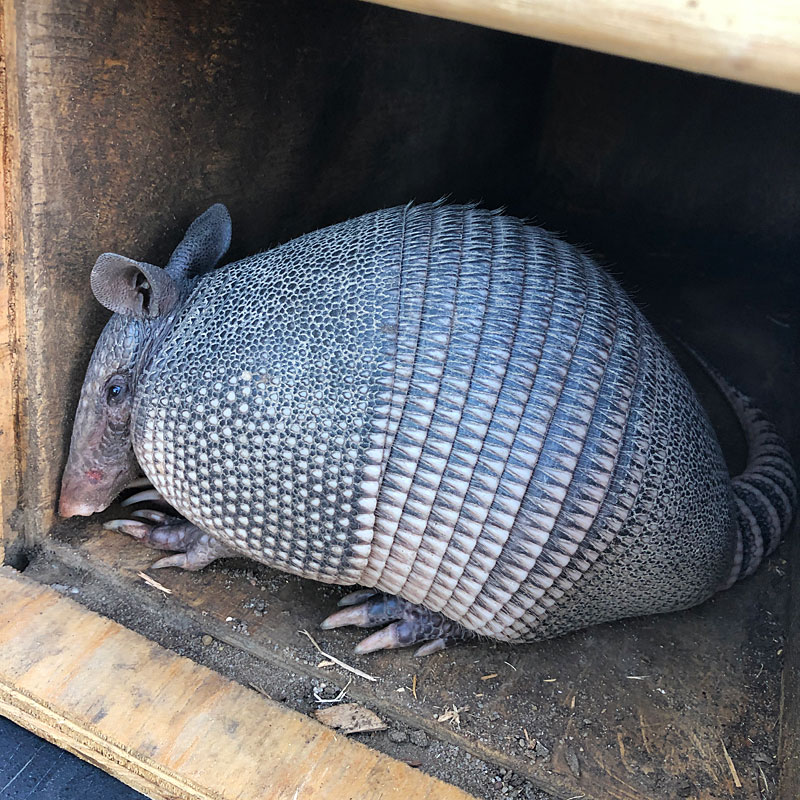 Armadillos are generally nocturnal, and always shy, so it’s rare to get a closeup photo. I love the detail in this image; the pattern on the animals shell is more varied that you might have imagined. By the way, this is a nine-banded armadillo (count ’em if you don’t believe me), and it’s the state mammal of Texas. But you knew that. 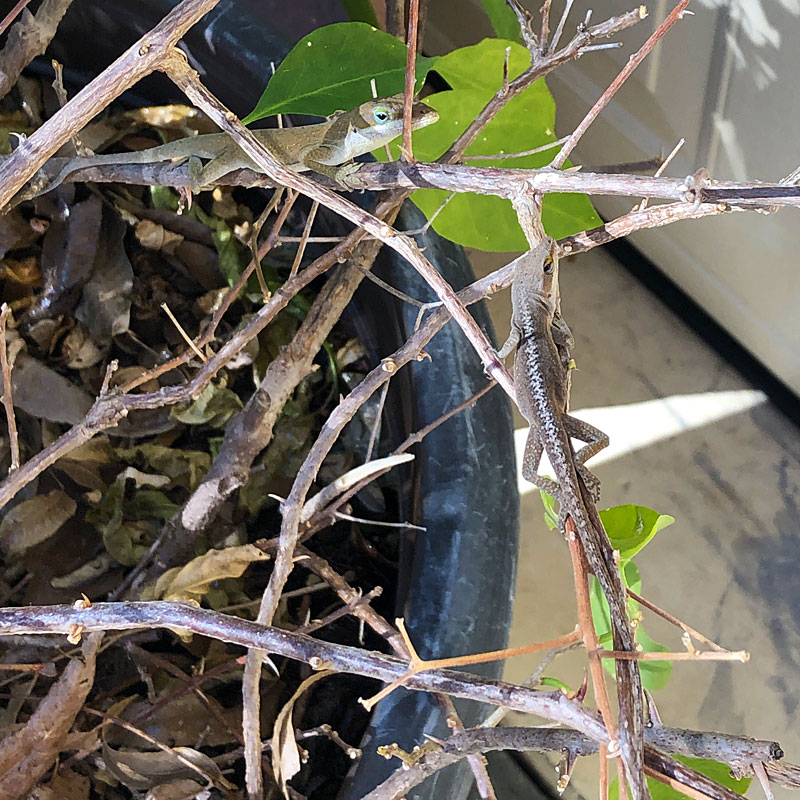 This has been a very mild winter in the Texas Hill Country. We’ve had only a handful of freezes (which doesn’t bode well for this year’s peach crop), but we’ve protected our potted hibiscuses and bougainvillea by pulling them into the garage when a freeze is predicted, and putting them back outside during warmer weather. Sometimes, the local fauna take advantage of the changing landscape. In this photo, two anoles, a male (at top) and a female (with the zig-zag pattern on its back) sun themselves on the branches of a bougainvillea during a warm spell. 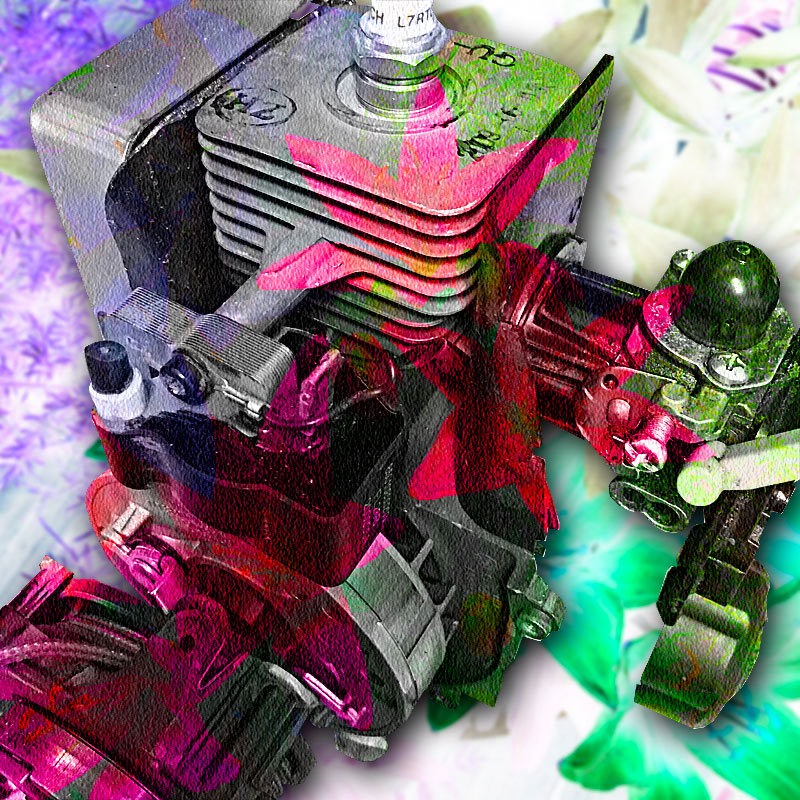 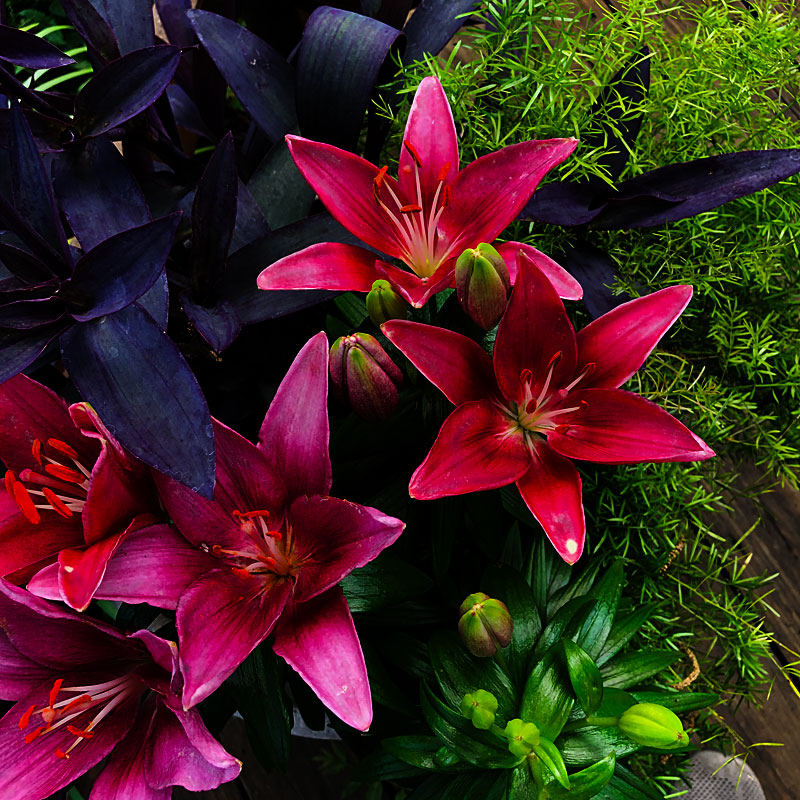 The two preceding images are actually related. The first one began with a photo of an old two-stroke engine from a defunct weed-eater. I thought the un-retouched photo was pretty boring, so I overlaid the engine with the flowers and plants shown in the second photo. If you compare the two, you’ll be able to match up some blooms and leaves with their ghosted overlays on the engine. But I didn’t stop there; anything worth doing is worth overdoing. I then flipped the second photo horizontally and placed it in the background of the engine photo! “Why?” you ask. “Why not?” I reply. “Well, because it’s a stupid thing to do!” you retort. “Good point.” I admit. But I had fun with it. 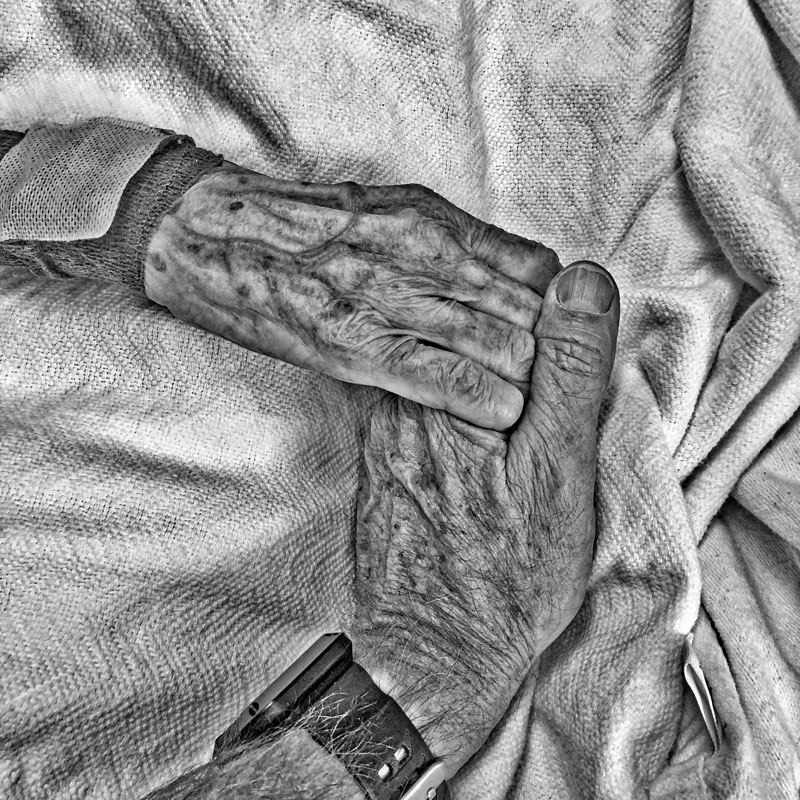 Let’s transition from the silly to the sublime, as I end with this image which I’ve entitled simply “Holding Hands.” It’s my most recent post to Instagram, as the photo was taken last Thursday. My mother was in the hospital following surgery, and she had just had a rather uncomfortable session with a physical therapist. She was angry and confused and in pain, and she asked me to sit on the bed beside her and hold her hand. I did, and she eventually drifted off to sleep, still grasping my hand. To me, this is an illustration of the fragility of life and the importance of family.