This is the third in an ongoing series of posts about the fascinating details of nature in our figurative Texas Hill Country back yard. Part 1 is here and Part 2 here.

Sure, birds and [some] reptiles are cute and cuddly, and [most] insects are not, but that doesn’t mean that they’re not attractive, even when they’re a bit scary.

Take the pipevine swallowtail caterpillar, for example. As shown below, it looks like something out of a Tim Burton movie, with those nasty-looking black “horns” and the contrasting orange dots. This one was inching aimlessly around on our driveway, and I had to google it to identify it. But when I discovered its identity, and followed the logical trail to its metamorphosis, I found that it eventually becomes something out of an 1950s Walt Disney animated movie. Drag the yellow vertical bar on the image below to the left to reveal the beauty of the pipevine swallowtail butterfly. Butterfly photo borrowed from this website; uncredited photographer. 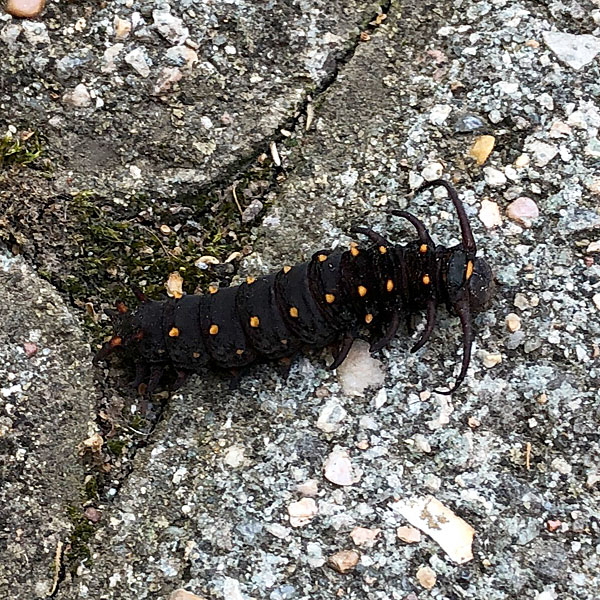 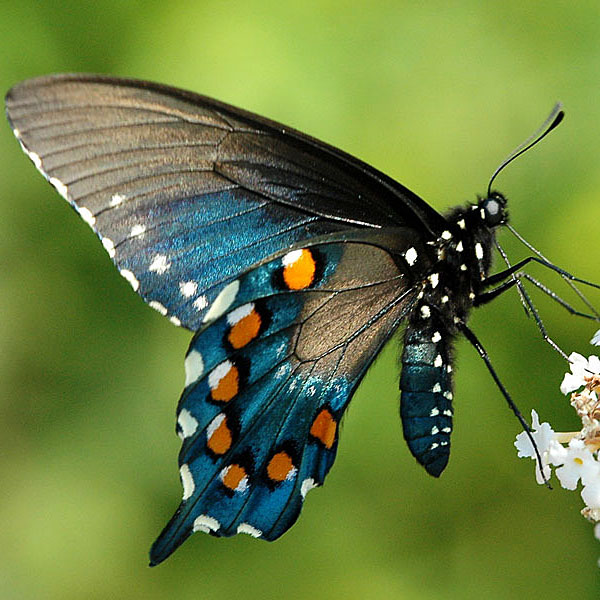 I’m not sure I’ve ever seen a pipevine swallowtail (aka blue swallowtail) IRL, and I don’t know much about them. But according to this excellent article, the larvae are distasteful if not downright poisonous to the predators that would feed on them, because they “sequester” acids from the plants they feed on. So their menacing exterior is a warning about their deadly interior.

Speaking of butterflies, here’s a photo I originally posted to my Instagram account. The butterfly is a Common Buckeye (Junonia coenia). I did a teensy bit of Photoshopping to make the colors of the butterfly stand out. 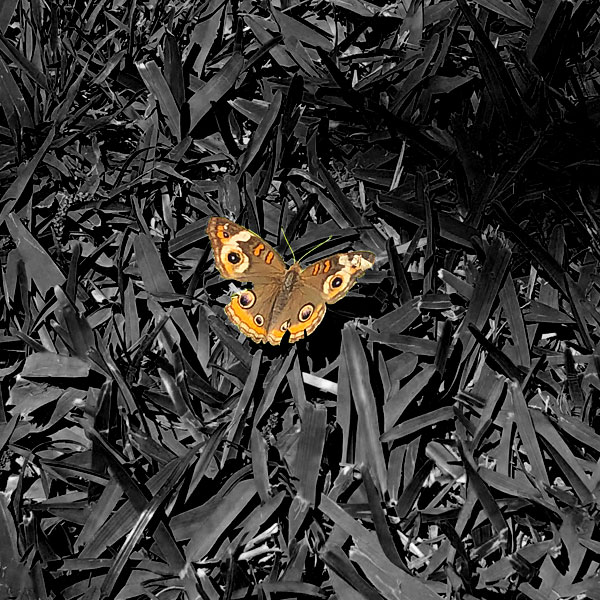 Our lawn isn’t really black. As far as you know.

Dragonflies (which are neither dragons nor flies, but then the same sort of misnomer applies to butterflies) are nature’s Top Guns. I didn’t make that up; someone else did. I just stole borrowed it. Anyway, they look like they’re assembled for aggressive action…except maybe for this one: 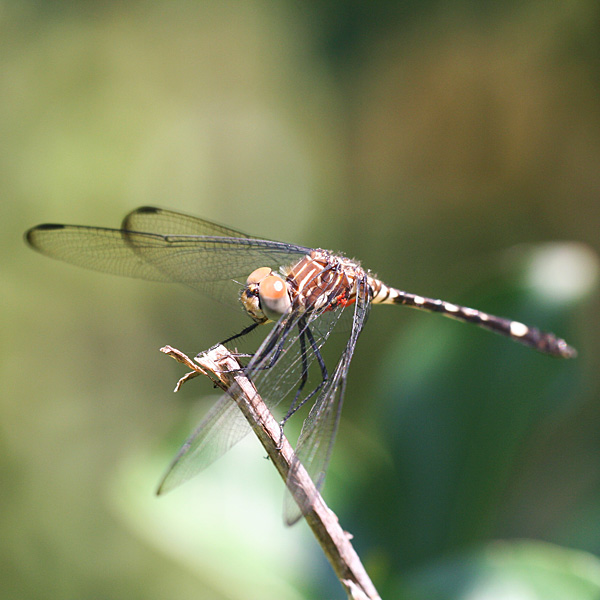 Anyone know how to reset a dislocated dragonfly shoulder?

I’ve never seen one with the wings folded forward like this. It was in our back yard, perched on the end of a crape myrtle branch (which I don’t think is going to win any awards for blooms this year). It was rather windy, and perhaps the dragonfly was just trying to steady itself in the breeze. I hope it didn’t throw anything out of joint.

Let’s talk about something else.

Flowers are great, aren’t they, especially when they pop up in unexpected places or assume unexpected shapes.

Last week, Debbie and I went on a long walk up (literally; the road rises 100′ every mile, on average) the main road through our part of town. The traffic isn’t usually heavy because it’s essentially a residential street, but on this particular morning, there was a steady stream of cars and trucks going both directions (it’s a wide, divided thoroughfare with an equally wide landscaped median so there’s little danger to pedestrians). We were puzzled, and wondered if we’d somehow missed an evacuation order related to a gas leak or zombie outbreak.

After about a mile of walking, we spotted the morning glory shown below just a few yards off the road. It was just the single flower amongst the thick undergrowth of a couple of trees. It was begging to be a photographic subject, so I obliged it. I share all of this only to say that while we stood on the curb, pointing to and discussing the flower, the traffic coming our way slowed to a crawl as curious drivers tried to see what had captured our attention. People will rubberneck at anything. 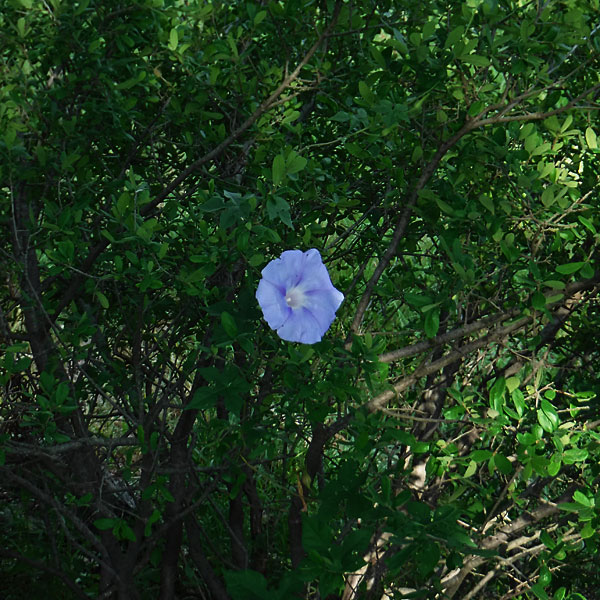 Oh, in care you’re curious about the unusual volume of traffic, it turns out there was a major traffic accident on Highway 71, a mile or two west of where we were. A section of the highway was closed down for a couple of hours, and the street we were on was the only detour route available to traffic going to or coming from Austin.

There’s no particular story behind the next photo; I just like it. It’s an emerging agapanthus bloom on a plant in our courtyard. It’s taking FOR. EVER. for this this one to fully open. I guess it’s confused by our hot-then cold-then hot again weather, and is waiting for things to stabilize. I’ve got news for you, buddy…this is Texas and it ain’t happening.

Is this the flowering equivalent to sticking your hand out a window to see if it’s raining?

Here’s another photo that I find most pleasing. It’s the foliage of a Persian Shield (Strobilanthes) that Debbie has planted in a pot on our front porch. 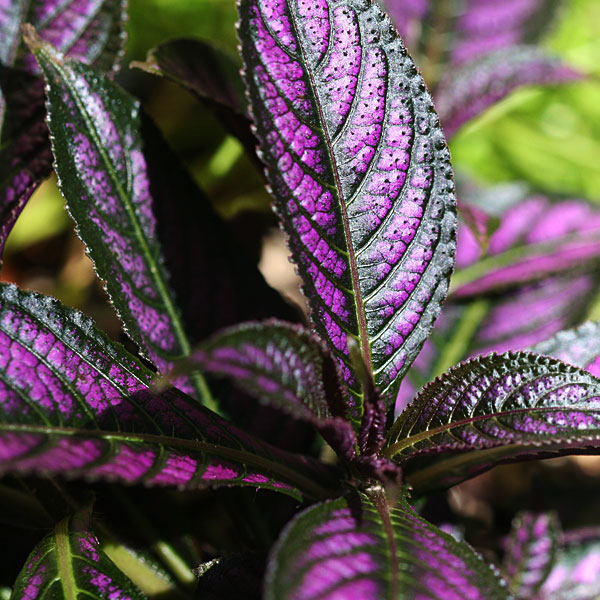 This is our tribute to Prince Rogers Nelson (RIP)

I was going to post a photo of the bloom on our aloe vera plant, but it’s even slower to actually open up than the agapanthus, so I’ll just wait until it does.

Thanks for sticking around for this little nature walk. I’ll bet we do another one at some point in the future.