Alert Gazette readers will no doubt remember the pair of Egyptian geese that resided last year on the golf course nearest our house. They left for parts unknown after their lone progeny reached maturity, and we wondered if we would see them again. Based on my cursory research, they’re not migratory so they’ll keep to a specific vicinity as long as there’s a sufficient source of water. Our local golf courses provide a consistent supply of water, so perhaps they simply moved to another spot on the course where we couldn’t see them from the street.

In any event, they — or another pair who looks suspiciously like them — are back. We first noticed them about a month ago during a morning run on a cart path (for local readers, it’s the Ram Rock course). They were hanging out near a small bridge spanning a creek about a half mile from our house. 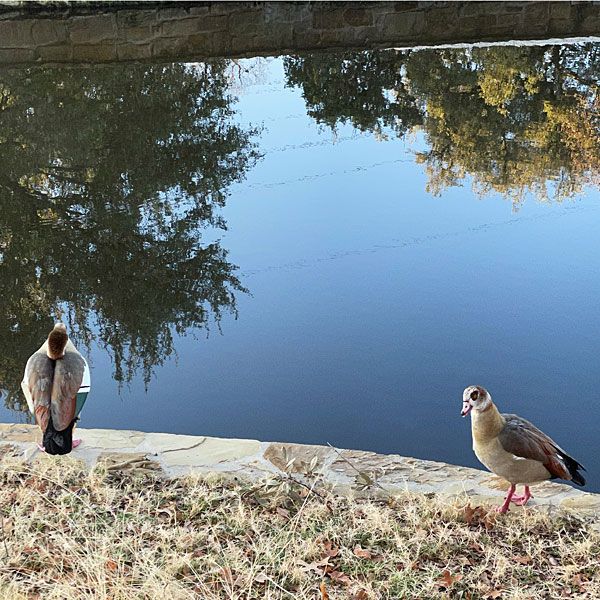 The next couple of times we ran by, at least one of the geese would waddle (or flap) petulantly away from an almost-hidden corner of the bridge and we wondered if they were nesting there.

That question was answered one morning last week when we stopped for a moment and peered down at that sheltered corner. 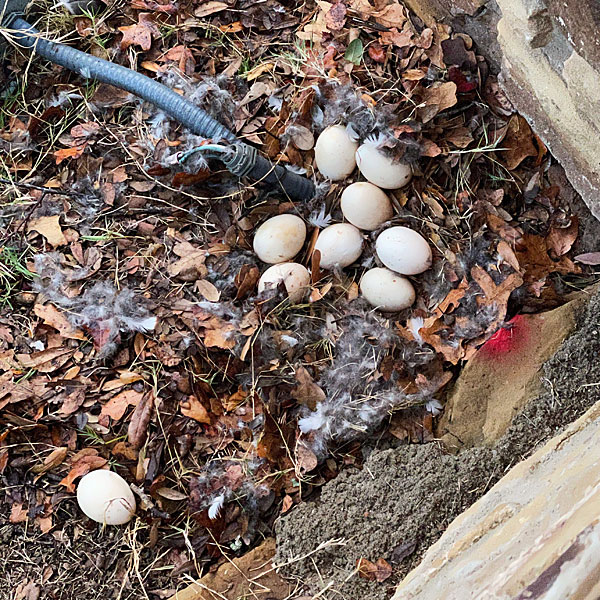 As you can see, geese are somewhat cavalier with their nest construction, and the clutch of nine eggs was not accompanied by the presence of, you know, an adult goose. That was concerning.

We were perturbed enough by the absent parents — and the exposed eggs — that we returned later that afternoon to check on things. We were relieved to see the following maternal tableau (although, honestly, it could have been a paternal tableau, since both parents take turns hatching the eggs). 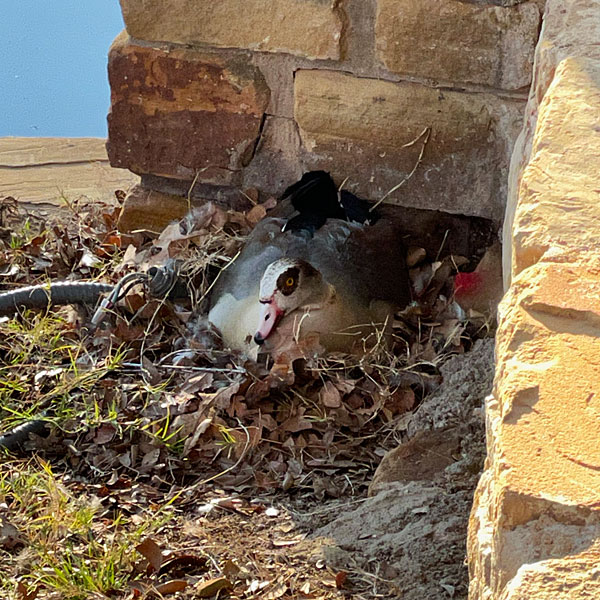 We quickly left so as not to disturb the happy scene, and felt that things were once again right with the world.

Alas, our relief was short-lived. On our morning run the following day, we found this unpleasant scene: 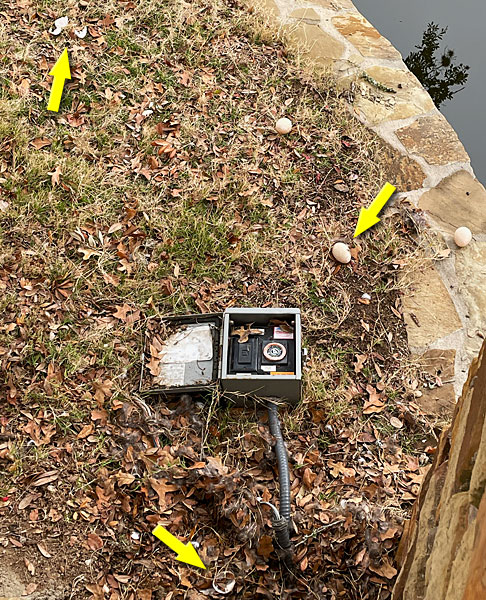 The eggs were scattered, several were broken and obviously consumed, and more were missing. More bits of eggshell were on the nearby bridge where a predator had apparently stopped for a meal. 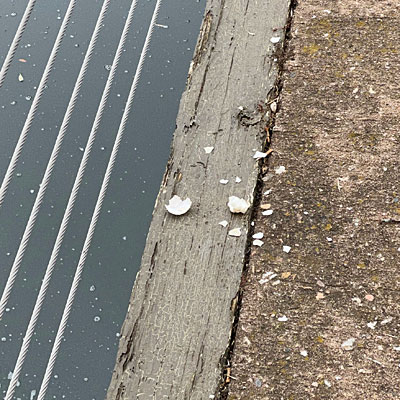 The pair of geese were about fifty feet away, across the creek. If they were devastated by the dastardly development, they gave no sign, but their vigil was still a bit heart-rending. 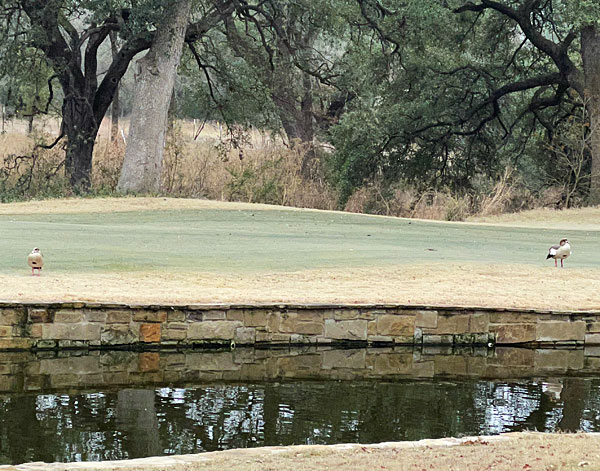 There’s no way to know for sure what animal(s) did the damage. My guess is that it was either a raccoon or a fox, but it also could have been a skunk, possum, or even an armadillo (they’ve been known to dig up and eat turtle eggs).

Honestly, though, this was not a huge surprise. The nest was not well hidden, and although geese are protective of their nest, they’re no match for a predator like a fox or raccoon. Raccoons often are found foraging in pairs and two of them could definitely overpower even the most committed geese.

If there’s any good news here, it’s that the geese have moved downstream, closer to our house, and to the area where they managed to raise progeny last year. So, there’s still the possibility that we’ll see goslings at some point this spring.