Happy Thursday! Today, as you well know, is National Grape Popsicle Day. There are many fine ways to celebrate the day, one of which is to use a grape popsicle to keep your drink cold, as long as it’s not chardonnay.

Today, for your reading pleasure, we shall look in on the hawk nestling, explore the wonders of electric lawn mowers, and explain why you should never bring a Canadian to a gunfight. Let’s get right to it, shall we?

Last week, in the kind of dramatic reveal that the Gazette is known for, we shared the first photos of the red-shouldered hawk nestling that’s growing up down the street from us. I’m happy to report that the little guy/gal appears to be doing well. Here are some more recent photos captured by the drone hovering at around 5′ above the nest. 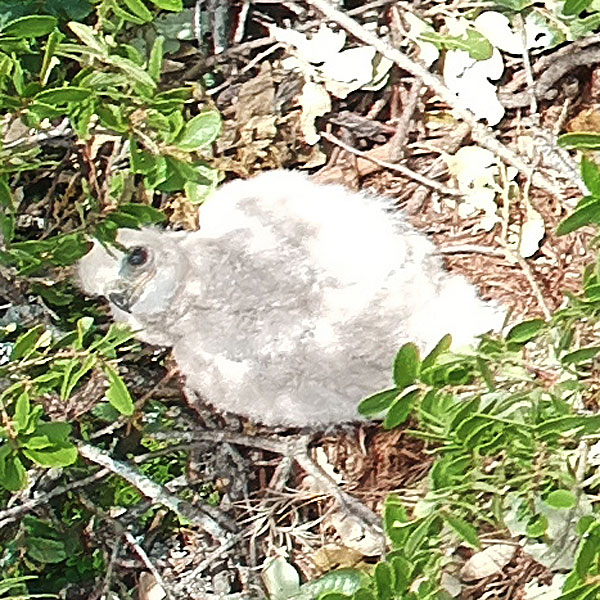 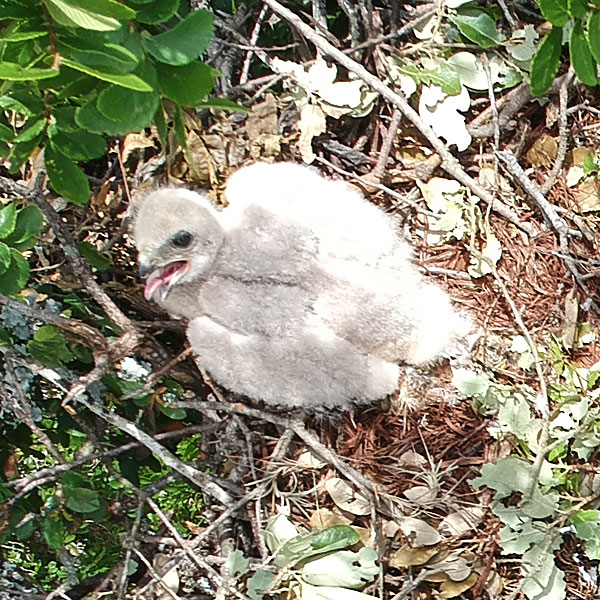 Baby hawks aren’t really all that cute at this point in their lives. 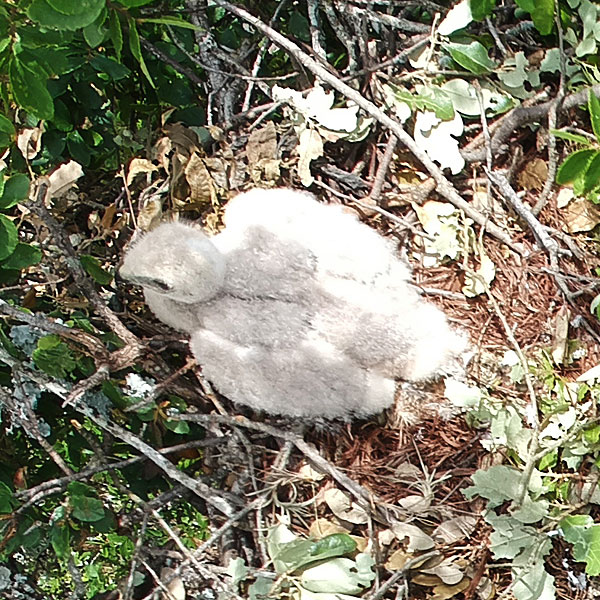 It does appear to be growing quickly though. Lizards are good protein sources (I guess).

I bought an electric lawn mower last week. I don’t actually need a lawn mower, regardless of power source; we have a lawn service that comes once a week, unless they don’t. But they don’t mow behind the house, close to the creek, and I like to keep that area tidy. It dissuades snakes from visiting, plus it just looks better.

Anyway, I bought one of these: 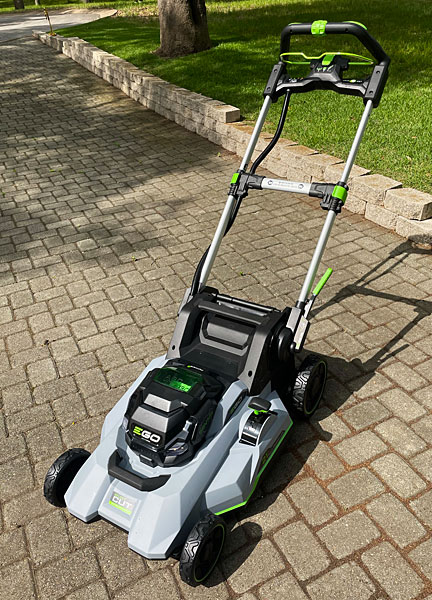 It’s one of those fancy-schmancy battery powered mowers manufactured by EGO (the green “E” distinguishes it from the otherwise unflattering (if accurate) reference to its owner. This thing is loaded with everything except a hemi. It’s got a three-speed self-propelling function, double blades plus interchangeable secondary blades for different cutting parameters (you wouldn’t use a paring knife to do a chef’s knife work, so why use a regular blade when a mulching blade is called for?), and one-touch height adjustment. It’s even got LED headlights in case I want to deal with insomnia by doing yard work. It’s also powered by a lithium battery that sort of resembles Iron Man’s Arc reactor.

Would you call this the Tesla of lawn mowers? Well, I wouldn’t, but I also wouldn’t argue with you if you wanted to. (I’m pretty sure it doesn’t have over-the-air operating system updates…yet.)

This certainly isn’t your dad’s electric lawn mower. OK, I don’t know your dad; maybe it is his lawn mower…but it’s definitely not the one that my dad taught me to use lo those many decades ago. 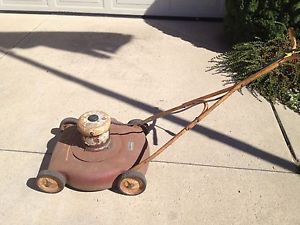 This is your dad’s electric lawn mower.

The first lawn mower I ever used was electric, with a long extension cord trailing behind it. I was always terrified of shredding that cord and lighting myself up. It was relatively quiet, definitely underpowered, heavier than you might expect, but basically maintenance free.

I hadn’t thought about corded electric lawn mowers in forever, so I was surprised to see that there is still a whole slew of them to choose from. I did a quick search on Lowe’s website, and they sell about a dozen different models. You wouldn’t want to try to mow the lower forty with one, but I’m sure they’re more than adequate for a small yard…as long as you don’t electrocute yourself.

Anyway, I’m pretty happy with the new and improved take on the electric mower. It’s got plenty of power — electric motors are known for their torque capabilities (by way of a factual if meaningless comparison, this mower has more than twice the torque per pound of weight than my wife’s Lexus SUV) — and it folds flat and stores on its end. After all, there’s nothing to leak (even though my pal Tommy warned me about the possibility of all the electricity leaking out). And it is quiet enough to use at night without disturbing the neighbors of human persuasion; I suspect the skunks and raccoons might feel differently but I really don’t intend to ever find out.

In closing, I offer the following via Twitter. Now, I don’t know any actual Canadians — I mean, there is Céline Dion, but we’re not close — but by all accounts they’re a quite friendly and polite species.

At the same time, I suspect that the Canadian military is as bad*** as any country’s (after all, they have guys like Deadpool, John Wick, and Captain Kirk as invincible inspiration), so when someone in an apparently official capacity purports to represent them with such a ridiculous image as the one shown below, it’s easy to understand why their collective reaction is somewhat more than “that’s not really right, eh.”

Look very closely at the ammunition. Let me know when you get it. https://t.co/h9z279CYqy


Not everyone here is going to recognize the significant faux pas in this photo (there are more than one, but you have to be Canadian to see them all), so I’ll give you a clue: those aren’t real shooting bullets in the bandolier…they’re blanks. This might be appropriate for another Canadian (such as Justin Bieber or Tommy Chong), but certainly not for actual soldiers doing soldierly things like trying to decimate the enemy.

To its credit, the Canadian Armed Forces twitter account took full blame for the mistake, and did so in a humorous manner.

Sorry folks, we definitely drew a blank on this one…It was a long weekend for Bruce.
CC: @OttawaHealth

Incidentally, the reference to “Bruce” in the CAF’s response is explained here (and, once again, Ryan Reynolds makes an appearance).