Well, hello there. Did you miss me? (Don’t answer that. It’s a long story, almost as long as the time since I last posted something here.)

Today is National Bicarbonate of Soda Day, and the only explanation I can come up with for the timing is that it’s anticipatory of a critical need in two days from now. It’s also Bacon Day, aka The Sun Will Rise In The East Day, or Dr. Fauci Will Issue A Stern Warning About Breathing In Public Day.
So, 2021. What can we say about this sad excuse for a year, except that it was marginally better than 2020, except for those times when it was significantly worse. 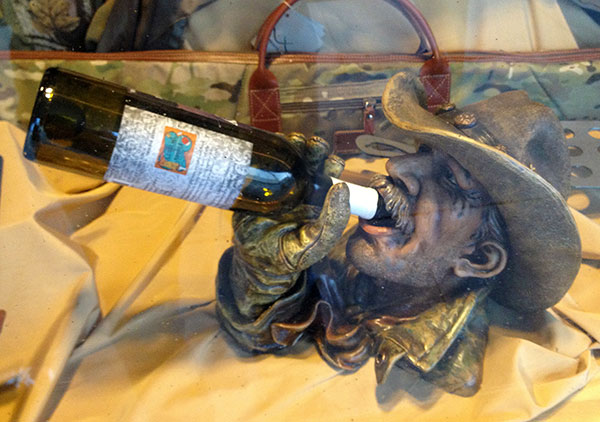 Here’s to 2021, may it rest in pieces.
We’ve got a lot of terrain to terrorize, but first, I want to pay homage to the greatest football commentator in history. RIP, Coach Madden. 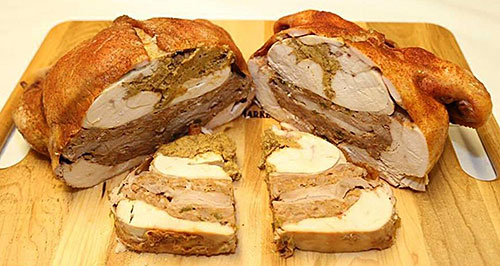 If you know, you know.

This is the time of year that lots of media outlets — OK, all of them — are staffed by journalists who lean back in their chairs, feet propped on desks, swirling glasses of scotch while their interns compile and publish those “look back” stories that we all love to ignore.
But there are notable exceptions, not the least of which is Car and Driver Magazine‘s recap of the ten quickest (and three slowest) cars they tested in 2021. I found it quite interesting for several reasons. First, the ten quickest (we’ll talk about what that means in a moment) cars all sprinted from 0-60 mph in less than 3 seconds. Second, three of those cars were BMWs, which is not a brand I normally associate with a drag strip image. Third, the average price of those ten cars was $273,695 (a Telsa was the cheapest — if you consider $137,000 cheap — and a Ferrari was the most expensive at $742,000 — and if you don’t consider that expensive, please adopt me). At least the Ferrari was also the quickest of the lot.
But it got me to wondering: why 0-60 mph? How did that come to be the “gold standard” of vehicular acceleration? It’s not like 60 mph is a meaningful speed for anything other than a school zone in NASCAR country. Sixty miles per hour will get you rear-ended on any West Texas interstate…although, to be fair, so will eighty mph.
In order to answer this burning question, I steeled myself for some intensive academic research. Fortunately, this link came up in the top five of my Google search, and while it didn’t really answer the why, it did at least explain the how and when. I know you’re busy coming up with excuses as to why you can’t possibly make it to the office next Monday, so I’ll save you the trouble of clicking.
Tom McCahill was an American automotive journalist who coined the arbitrary measurement of motoring motion fifty years ago as a benchmark for judging the performance capabilities of cars. McCahill is pretty much a legend in the automotive journalism genre; his Wikipedia entry is worth spending a little time on while you’re pretending to be sick next Monday. 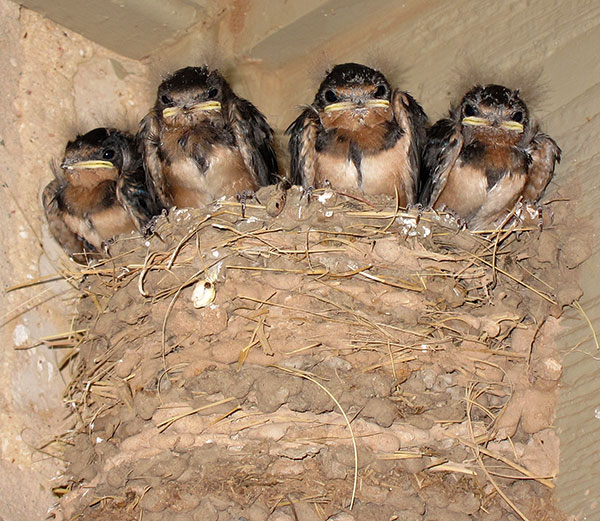 No, we’re not judging you for skipping work on Monday. Why do you ask?
One of the fun things we did as a part of our Christmas was dog sit a few days for our nephew and his wife. Their German shepherd, Sophie, was rudely not invited to the family farm due to her apparent willingness to eat the chickens, or at least cause the chickens to question their choice of species. So, she stayed with us and provided valuable guard duties to assure that the local squirrels were kept in check.
A little known fact about German shepherds (the canines, not the actual, you know, shepherds) is that they have the ability to clone themselves by shedding. True, it takes a few months for enough hair to gather itself and achieve sentience, but I’m certain that I read on the internet that it happens. We also learned that our security system is not calibrated to recognize the benign presence of a large dog in our absence. I’ll let you guess how we discovered that.
Why do we need a security system? Fair question, since we live in a gated neighborhood that hasn’t had a reported crime in all the years we’ve lived here. OK, there was that one time that I saw a guy sporting mid-calf-high black socks while wearing bermuda shorts. So, we’re possibly living on the edge of complete social collapse.
OTOH, the amount of respect from neighbors you encounter while walking a large dog raised and trained in a military family is considerable. Sophie is the best possible companion in all normal situations, but I pity the fool who attempts to mess with her family. She’s welcome in our home anytime. 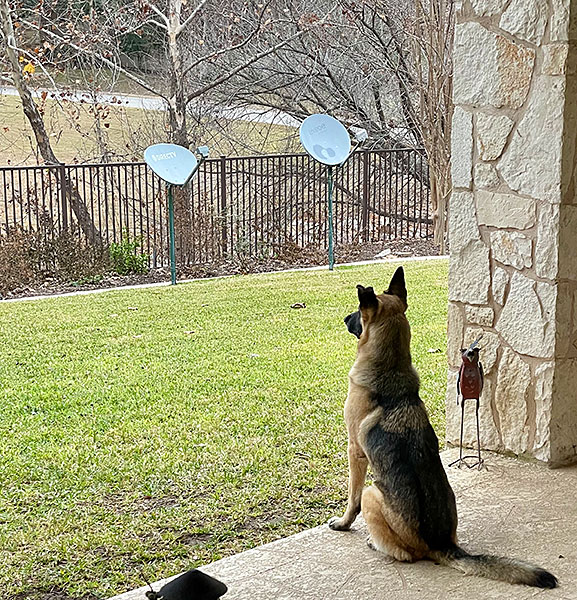 We can all sleep easy knowing Sophie is on the job.
Hey, did I mention that I made flour tortillas from scratch a few days ago? OK, I didn’t actually plant, harvest, and grind the wheat to make the flour, but I did open the bag of masa harina and take it from there. The results were, um…impressive. 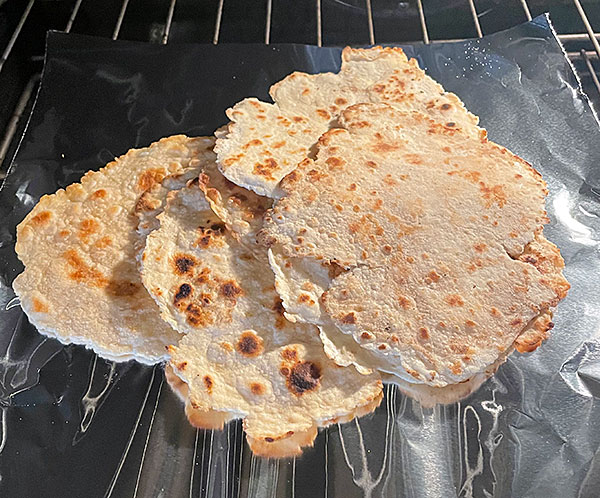 “Impressive” is not the same as “good.”
You know how some waffles are shaped like the state of Texas? Well, my flour tortillas were shaped like Antarctica or some obscure country in the interior of Africa. I didn’t get the hang of rolling them out into a semblance of a circle until late in the game. I also misread the directions to “cook the tortillas” as “fry the tortillas.” Pro tip: flour tortillas fried in canola oil are muy extraño. But, as
a first attempt, they turned out about as well as I expected them to, given my spotty record as a DIYer, and I’m sure subsequent attempts will be breathtaking.
Speaking of cosas extrañas, did you know that a group of vultures is referred to as a “wake”? 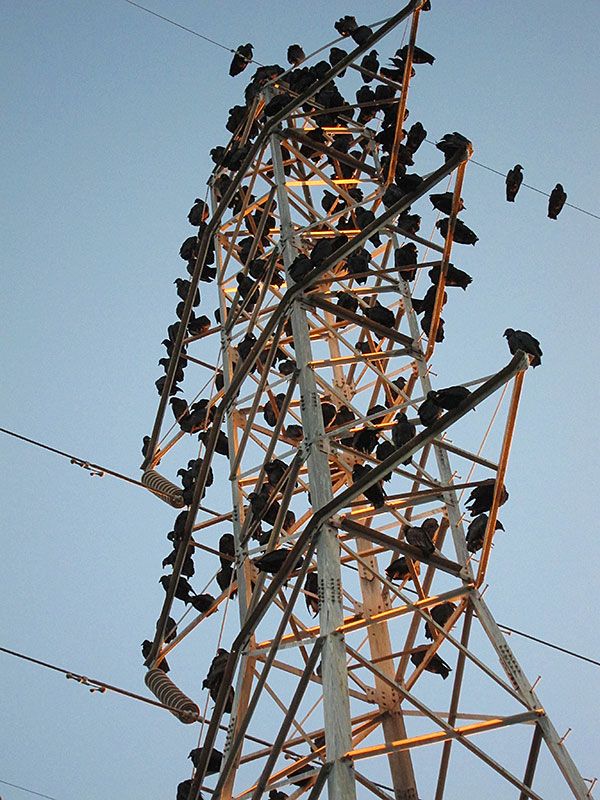 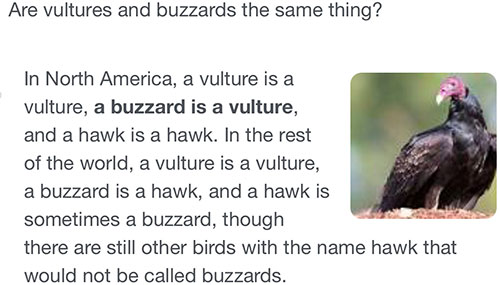 Source: The Spruce
Now that we’re all on the same page, let me say that when Debbie and I run under this electricity transmission tower on many mornings, we wonder if we’re not on the menu program as the honorees at a wake. And, tbh, the smell alone might elicit thoughts of death and decay.
You see, turkey vultures engage in a practice known as urohidrosis, meaning that they — how can I put this delicately? — poop on their legs to keep cool in hot weather. (And you thought your sweaty uncle Emilio was gross.) And, of course, there’s only so much leg poop that will adhere to a buzzard, and the rest falls to the pavement and ground below.
Also, in case you were wondering, they lack a syrinx.
Enough of that…here’s a visual palate cleanser that will restore your faith in birds: 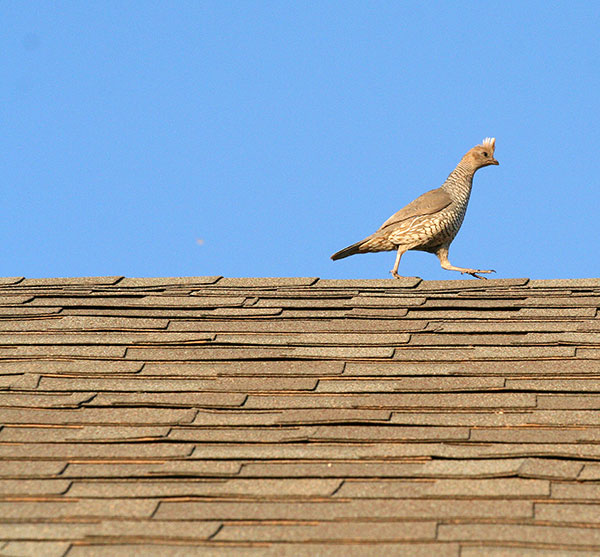 This rooftop quail will not be skipping work on Monday; it obviously has people to see, places to go, things to do. Perhaps you should rethink your priorities.
I’m at a loss as to how to end this thing, so here’s a photo of some 8-track tapes. Peace out. 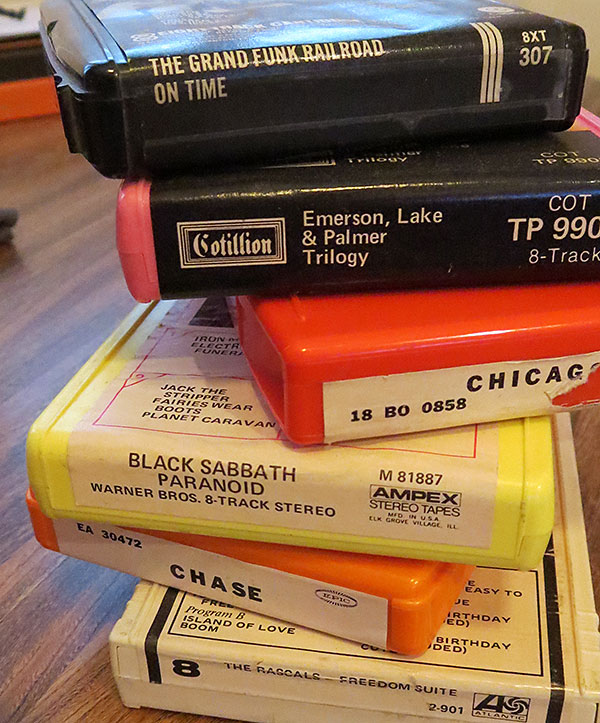 Now, if you were skipping work next Monday to listen to these 8 track tapes, well, no one would judge you.