Depending on usage, the Internet has the potential to become a wonderfully effective business tool, or a troublesome diversion of time and resources.

The preceding quote – which today would likely be subject to an editorial “duh” – was lifted from a position paper dated December 14, 1994, authored by yours truly. I ran across this document, which I wrote as part of a recommendation on whether and how to allow employees to access the Internet, while going through some files that had been in storage.

My recommendation was that we should proceed with a limited rollout of ‘Net access (the term “World Wide Web” was not yet in widespread usage; the first website was only four years old) to test its viability as a business tool. Our intended focus was to use the Internet as a means of allowing employees to access company policies, organization charts, etc. We also anticipated the potential for using it to communicate with third parties in areas such as surplus material listings, property sales “ads” and so on.

At that time, our means to access the Internet was Mosaic, one of the earliest web browsers that sported a graphical user interface, primitive though it was. It had been released for just a year, and it quickly gave way to Netscape Navigator.

Our company provided training classes to a focus group for these browsers, and we were introduced to such exotic terms as search engines (WebCrawler and Lycos were the big dogs), bookmarks (so we could more easily revisit the approximately eight websites that were relevant to our work), and Usenet (for which etiquette rules were already a big deal, and probably as routinely ignored as they are today for Facebook comments).

This, indeed, was a brave new world, especially for nascent geeks. In fact, this probably marked a turning point in my life and career. To be more specific, when I learned that (1) I could view the source code of any website right there in the browser, and (2) I could create a website using any text processor, a whole new avenue of expression opened up for me. The jury is still out whether that was a good thing or not, but it was definitely a big thing.

As an aside, while Netscape Navigator was our primary web browser, it was also part of a suite of applications including Composer. Composer was my first exposure to a WYSIWYG HTML editor, and I used it to build and maintain a handful of websites, including a college recruiting site that we distributed to students via floppy disk to demonstrate how utterly cool we were. 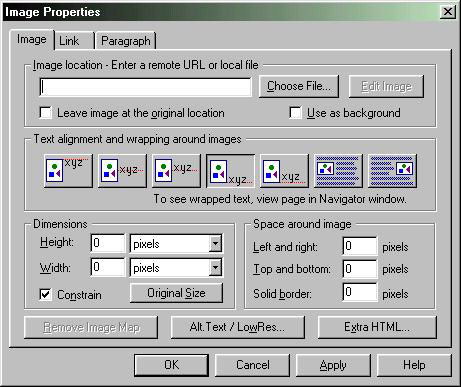 However, it is clear that the Internet is continuing to evolve and grow in ways that we may not fully appreciate today.

Prophetic? I wouldn’t deny the term, if you insist on applying it to me. Duh.