Here at the Gazette, it’s a day to discuss crafty mammals, absent aves, and big honking’ fungi. Let’s get started, shall we? The strudel and tarts won’t wait forever.

We should get the bad news out of the way first: the hawk nestling (remember this link because you’ll need it again later) is no more.

A week or so ago we were hit by a pretty violent windstorm. I never learned the maximum straight line windspeed, but many trees suffered significant damage and more than a few were uprooted. A couple of days later, I flew the drone over the hawk’s nest to check on the youngster, and this is all there was: 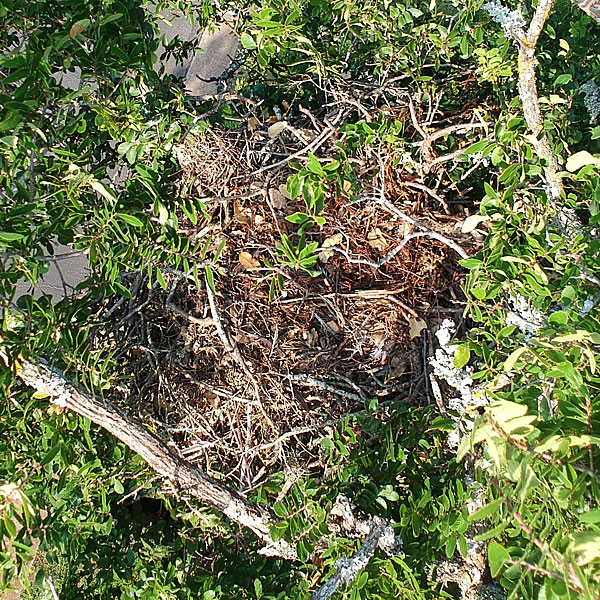 I searched all around the tree and found no sign of the nestling. I suspect that it blew out of the nest during the storm and soon after fell victim to a predator. It’s a tough old world out there.

One of the adult hawks — we’ve always assumed it had some sort of parental role, but there’s no basis for that assumption other than frequent proximity — continues to perch on a nearby tower. However, we no longer hear the distinctive cries of these beautiful raptors, so they may have moved to another location, now that there’s no progeny to care for. 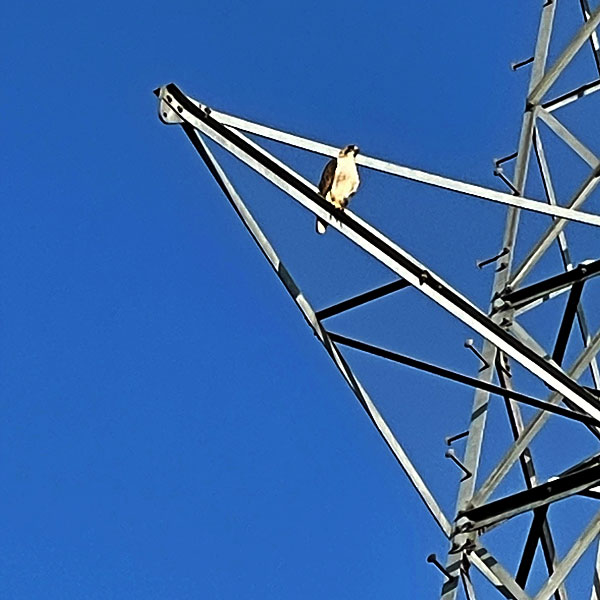 Alert Gazette readers will remember that one of our new bird feeders was more successful in attracting raccoons than birds. However, we refused to be outsmarted by small furry masked varmints so we escalated the arms race.

I raised the height on the feeder, thinking that the pole was too small for them to climb. Unsurprisingly (in hindsight, at least), I was wrong about that, and they easily emptied the feeder the next night.

We then decided that the problem rested in the poor infrastructure so we ordered one of those foolproof squirrel guards (guaranteed to also stymie mammals of the racconian persuasion). I braved swarms of mosquitos and stifling afternoon heat and humidity yesterday afternoon to affix said guard to the pole holding the feeder. Last evening, I set up the trail camera to capture what I was sure would be some comedic-but-fruitless efforts to defeat my steel defense. 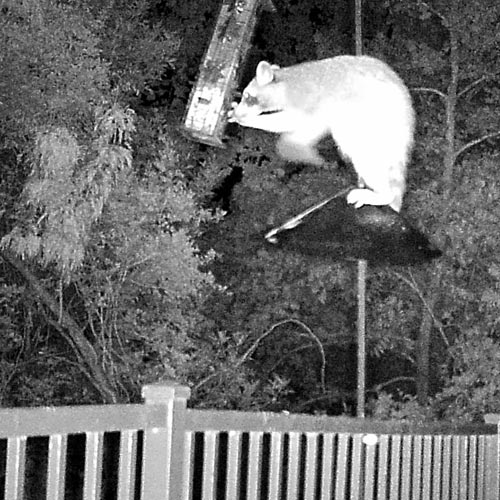 I’ve apparently succeeded in turning what was supposed to be a feeder guard into a feeding station. I fully expected to see a 5-star review on Yelp applauding my efforts to make dinner a more pleasurable experience for raccoons.

I have several possible solutions in mind, only one of which involves a long electrical cord. Stay tuned; the battle may be lost, but the war continues.

We received almost 5 1/2″ of rain through the first four days of June (and 105″ of humidity since then). The damp and cool(ish) weather generated a bumper crop of mushrooms and other fungi, many species of which I heretofore had not encountered.

We didn’t generate a lot of mushrooms in West Texas, so I’m sort of fascinated by their variety. Here are a couple of specimens that stood out. 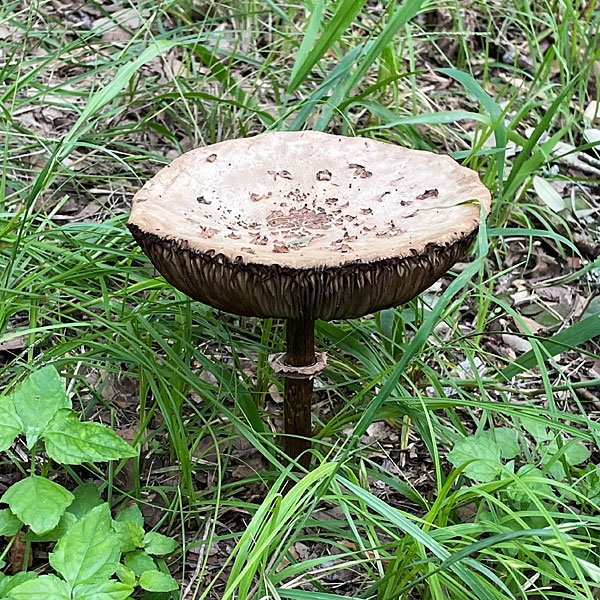 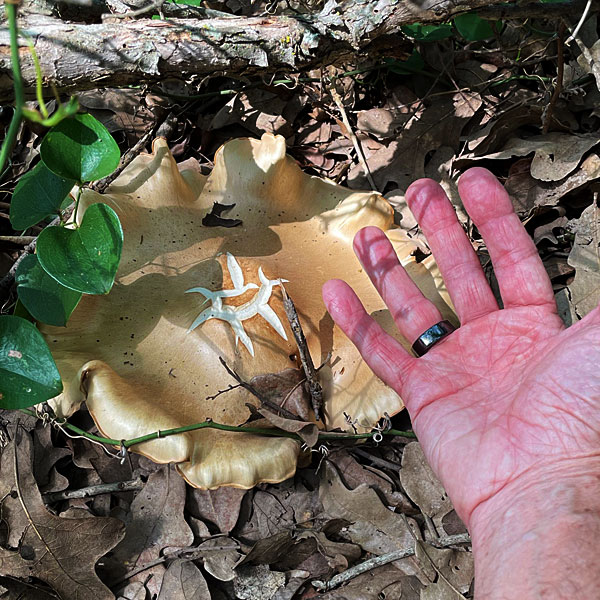 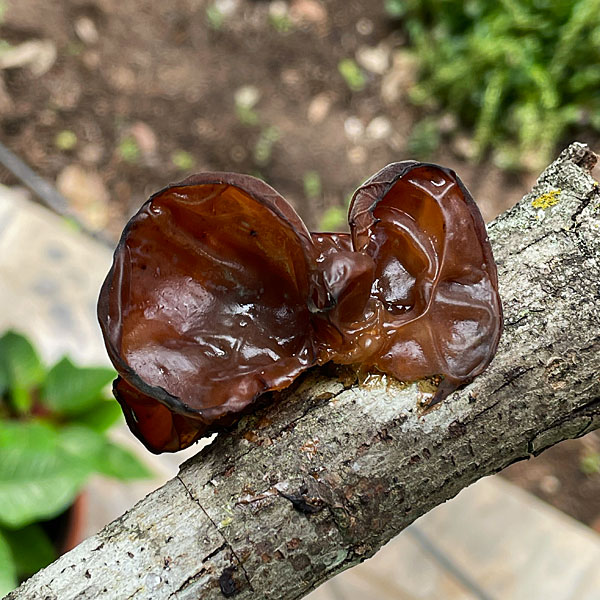 I especially like that last one, which was growing on a broken limb in our yard after the aforementioned storm. It obviously had an effective moisturizing regimen.

That’s all for now. Have a great weekend, and remember that 2:1 ratio of dessert to vegetables. Life is good!