Hello, America. It’s the first Thursday of 2022, and this is the year that I’m finally going to get serious about my journalistic responsibilities. Of course, that will have no effect on this website.

As I’m sure you all know, today is National Cuddle Up Day, which sounds quite inviting, only it’s also National Bean Day. So, choose your cuddling team wisely, IYKWIM, and I think you do.

I’m also sure that everyone has heard about the recent launch of the James Webb Space Telescope. [I do apologize for initially characterizing this project as an egregious intrusion on the privacy of Mr. Webb. My research team has been appropriately chastised.] This spyglass, which took a quarter century to design and build, and cost around $9 billion, is now apparently getting settled into its orbit around the sun where it will begin to do things of immense scientific value that I have no inkling about.

But one thing I can tell you with certainty is that the next multi-billion dollar satellite that gets launched will have a final checklist that’s one item longer than the one for the JWST.

Speaking of technological advances and the accompanying challenges, raise your hand if you knew that most (all?) electric passenger cars still have good old-fashioned 12-volt batteries? Car and Driver Magazine has a short and somewhat user-friendly explanation as to why that is. As they say, don’t get rid of your jumper cables just yet.

Speaking of technological advances (again), I suppose you heard about the demise of the Blackberry phone tablet PDA thingamajig. You can read the obituary here. It was on life support for a long time, and apparently the parents decided to pull the plug and let it go to that Great Recycling Center in the Sky.

I never had a Blackberry, and I don’t recall ever wanting one. After all, I had a rad PalmPilot, and then a flip phone with a fifteen minute battery life. But I understand the infatuation with so-called Crackberries; today’s iPhones have nothing on them as visible signs of cultural sophistication.

If you are one of the few remaining mourners, please accept my sincerest condolences. 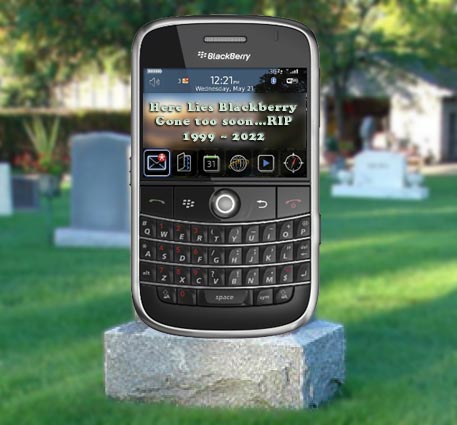 Not all technological solutions are as complicated as a Blackberry or iPhone. Take pig rings, for example.

While cleaning out one of the storage buildings in preparation for selling my parents’ home, I ran across these: 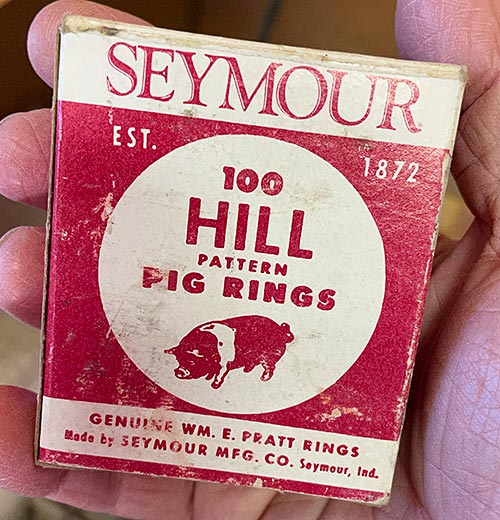 At the time, I had no inkling about the use for pig rings, because I didn’t grow up on a farm and my 4-H experience was limited to sheep. So, I did my usual in-depth scientific research and quickly found myself engulfed in the cringe-inducing world of animal nose rings.

Nose rings are used as behavioral modification tools for domestic livestock, primarily swine and cattle. For pigs and hogs — which, by the way, aren’t the same thing; pigs are younger and smaller than hogs — and even shoats (young hogs), the insertion of these metal rings into the side of the snout is intended to keep them from digging their way out of their pens, or doing significant damage to the ground where they’re kept. [And if that sounds a tad inhumane, have a gander at the more, um, dramatic methods of dissuading such behavior on those animals who decline to be unmotivated by wimpy pig/hog rings. As far as I could determine, these methods are no longer in use.] The “Hill Pattern” refers to the semi-triangular shape of the ring once it’s inserted into the animal’s nose.

Still unanswered is why my dad had a box of pig rings, but I suspect in his career as an agricultural extension agent, the topic and use came up from time-to-time. There are other uses for these rings, as they’re just really big, strong staples. They can be used to repair chain link fences, for example, or for repairing automobile upholstery where cosmetics isn’t of primary concern.

In closing, I’ll give you a peek at domestic life in Casa Fire Ant. Debbie and I have a pretty well-defined segregation of duties around the house. She’s responsible for the wetwork — mopping, bathroom cleaning, cooking, covert operations resulting in the occasional elimination of sundry Bad Guys*. I do the vacuuming, car washing, most of the laundry, gutter cleaning, and dish washing. We both routinely try to ignore dusting.

I say “most” of the laundry, because she handles the weekly washing of the towels and sheets, while I do everything else. We have these split sheets that fit our Sleep Number bed and only someone with superhuman skills — i.e. not me — can fold them. Also, she doesn’t like the way I fold the towels. I have no further comment on that.

That’s fine, because I have my own standards for loading the dishwasher, and she routinely ignores said standards. As we all know, there is a certain proper way to load dishes and we ignore it at the risk of societal chaos. Has this situation resulted in histrionics on the part of any particular person? Possibly…but you be the judge as to the justification: 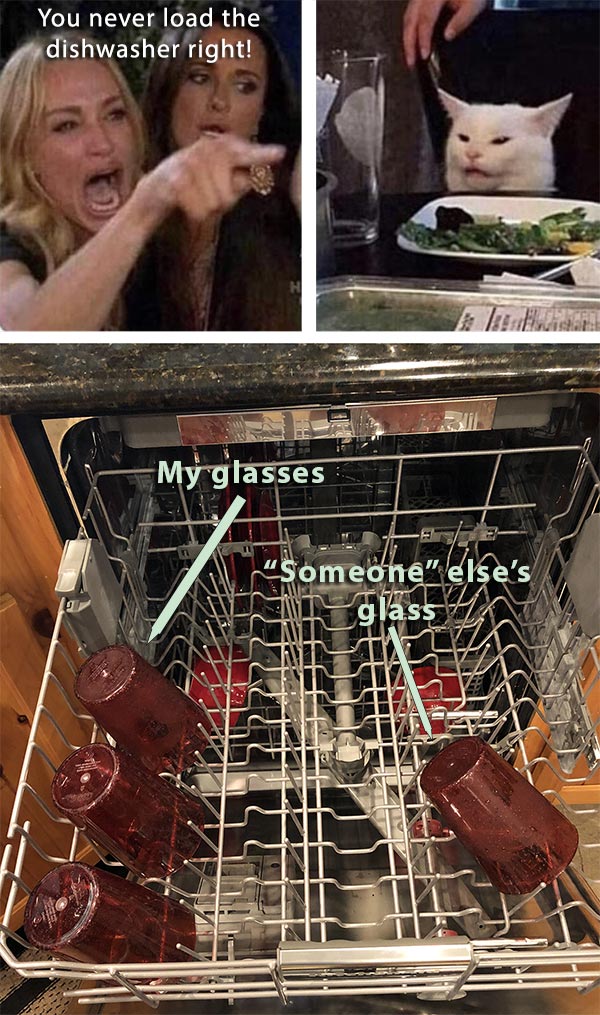