I start each morning around six-ish with a cup of coffee and the online edition of the Wall Street Journal while paying partial attention to the local (Austin) news on TV. (Debbie does the same thing, only she prefers the WSJ’s treeware edition so she’s always a day behind. OTOH, she gets to see the cartoon, which is inexplicably and tragically missing from the virtual version.)

By a quarter-to-seven, we’re sufficiently caffeinated and informed to either (1) hit the streets for a run, or (b) get another cup of coffee and forget the workout. But that’s not important; what’s important is that one of the recent editions of the paper had a review of a fancy-schmancy espresso maker which is designed to dispense only one cup at a time and requires the strength of Jack Reacher (the big, ripped, new one, not the short, wimpy, old one) to bring about said dispensing. I immediately lost interest, until this quote appeared:

It’s my considered opinion — and this is admittedly just a guess — that “Ms. Meister” probably didn’t graduate from the Army War College. After all, everyone knows that the repeating, self-cleaning, uni-component bayonet was a key contributor to the Union’s victory in the Civil War.

[OK, never let it be said that the Gazette isn’t fair and objective. Here’s a link to an article defending Tom Cruise’s casting as Jack Reacher. Frankly, having never read the books, I didn’t know there was any controversy about the casting until the Amazon series made its debut…and I thought Cruise was perfectly fine in his two Reacher roles.] 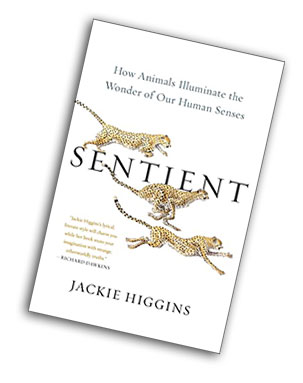 While we’re on the subject of media consumption, allow me to recommend to you a book entitled Sentient: How Animals Illuminate the Wonder of Our Human Senses, written by Jackie Higgins. Higgins has a zoology degree from Oxford (in England, not Mississippi), and writes, produces, and directs nature films for the BBC and National Geographic, among other respected outlets. I’m about halfway through the book and it’s a fascinating look at the vast array of, well, weirdness in the way animals perceive the world, and how science has used its research into those phenomena to better understand how we humans experience our surroundings. Each chapter focuses on a specific species, ranging from the peacock mantis shrimp (whose eyes have four times as many photoreceptors as a human) to the vampire bat (who displays unexpected qualities of selflessness in its relationships with other bats) to the goliath catfish (who “tastes” with its skin). I’d like to do a full review once I finish the book, but I’m already quite confident in recommending it.

[One of the perils of being an “early adopter”: I pounced on the book as soon as I learned of it, and there was no Kindle version, so I’m reading A Real Book (for the first time in forever). It’s a pretty good way to read, I must admit. But there is now a Kindle version.]

I took a break from book reading and chopped down some trees: 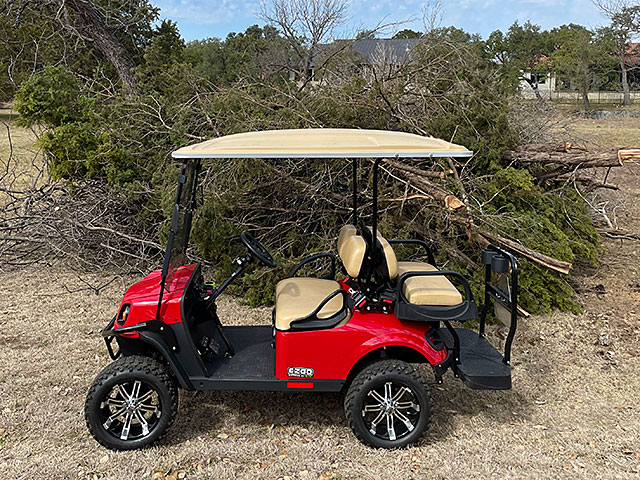 OK, like George Washington, I cannot tell a lie. [Full disclosure: I actually can. Sorry to disappoint you. Please remember this before you consider voting for me.] While that is my golf cart, that’s not my pile of brush and tree limbs. Yet another lot is being cleared in our neighborhood to make room for a new house, and this required the removal of two trees, a pecan and a cedar (technically, an ash juniper).

However, there was some tree limb cutting taking place on our property, but by people who knew what they were doing, aka not me. We’ve had a few broken limbs hanging down for months following various bouts of bad weather, and we were finally able to get the pros out to remove them. They also took some weight off other limbs to reduce the chance of future breakage.

Normally when the crew does this kind of work, they throw everything into their heavy-duty shredder as a part of the normal cleanup. However, when they arrived I asked them to set aside all of the bigger limbs and I would later chainsaw them into firewood.

When they finished their work, I went out to inspect it and found that they had done the chainsawing for me, creating three good-sized piles of fireplace-ready logs (well, once the wood has had time to cure a bit). That was a pleasant surprise, even though I sort of looked forward to using my chainsaw again. Here’s one of the piles; this one is pecan wood…which, by the way, is quite pretty and also good for smoking meat. I don’t have a smoker, so into the fireplace it will eventually go. 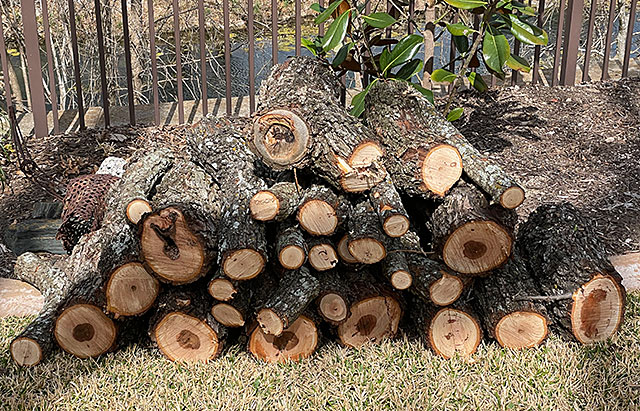 Pecan logs, not to be confused with those from Stuckey’s

In closing — I was going to regale you with a look at Soup Night at the Yacht Club, but that can wait — we’re thrilled that the First Lizard of Spring has appeared in our garage. That’s right, Jim Morrison — the Lizard King — has been spotted on his lookout spot at the end of the treadmill, a sure sign that winter is drawing to an end; his predictions are better than that yankee rat that everyone talks about. Just don’t tell him that we might have freezing rain tomorrow. 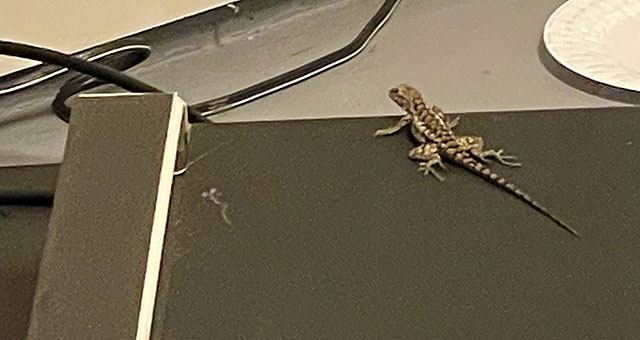