I don’t know about you, but this past week has taken a toll on my creativity and motivation. The depraved moral violation being foisted upon Ukraine is difficult to watch and ponder, even as my admiration for the Ukrainian people swells. Still, I think it’s important to try to claim some sense of normalcy, and for me that means blogging about trivial matters. Let’s do some Business As Usual, how about? (OK, I do have a couple of thoughts about Ukraine.)

Today is National I Want You To Be Happy Day. So, goshdarnit, put a smile on your face and a spring in your step and…

Hey, did you notice the new link in the upper right corner of this page? This is my version of a FAQ for people wondering what kind of fresh chaos they’ve wandered into. In a rare display of transparency, I’ve admitted that no one actually ever asks any questions, hence the [In]FAQ. But you will find — if you’re patient enough — the Lost Fitted Sheet Folding Fiasco link which, oddly enough, also involves the devil.

I don’t usually hype local businesses on this page, mainly because nobody will pay me to do that, but I can’t help showcasing the occasional ad…and more often than not, an Austin company called Radiant Plumbing and Air Conditioning is the source of such ads. Their 2020 Napoleon Dynamite spoof was a classic, and now this one — based on the movie Dune — is hitting our local airwaves.

Someone left a comment on YouTube to the effect that if they lived in Austin they would break their plumbing on purpose just so these guys would visit. Yeah, everyone wants the Fremen to show up and unclog their toilets, until the sandworms arrive.

Let’s shift gears and talk about cars (see what I did there?). About the Morgan 3 Wheeler, to be exact, an open cockpit elongated tricycle powered by a V-Twin motorcycle engine mounted sideways, perched on the nose of the machine, naked to the world.

I’ve been intrigued by this car ever since seeing one parked in front of the Marktplatz in Fredericksburg (TX) a few years ago. The British company that made them turned out the first one in 2011, but they looked like they’d been around since WWI.

I’m using the past tense to talk about the 3 Wheeler because it’s been phased out and will be replaced by the Super 3 — a modernized version that still has the throwback essence of the original.

Can’t quite picture the car I’m referring to? Below is a photo of the original 3 Wheeler; drag the yellow line to the left to reveal the updated Super 3. 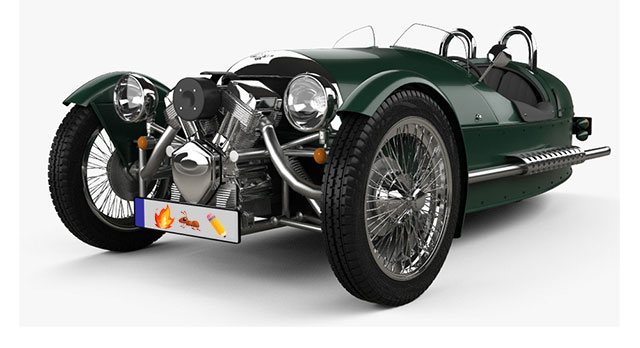 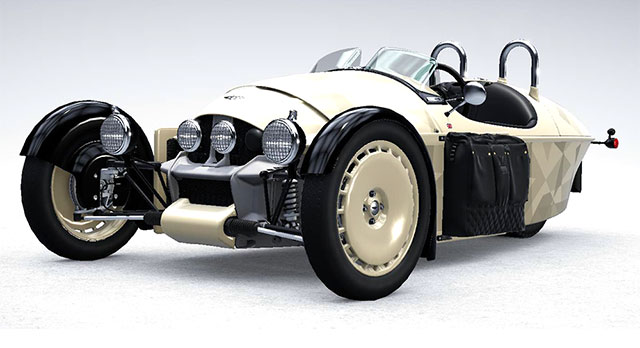 The new Super 3 is powered by a Ford 3-cylinder engine (what is it with the 3s?) that puts out 118 hp (vs. the 82 hp of the V-Twin). If that doesn’t sound like much oomph, consider that the entire car weighs only 1400 pounds (a maxed-out Honda Gold Wing motorcycle can weigh ~850 pounds)…so 130 mph is the estimated top speed.

Note that I “built” the Super 3 shown above using Morgan’s online configurator (if you want to “build” one yourself, make sure your browser is Chrome or Firefox; Morgan apparently thinks Safari is old and busted).

All of this retro-moderno-cool comes with a hefty price tag. The base price for the new Super 3 is £34,995.83, which I believe is somewhere between $12 and $93,475.22 American money. I’ve never been very good with currency exchanges.

In closing, here’s a photo of my new glasses. I think they make me look distinguished…or is it extinguished? Well, anyway…what do you think? 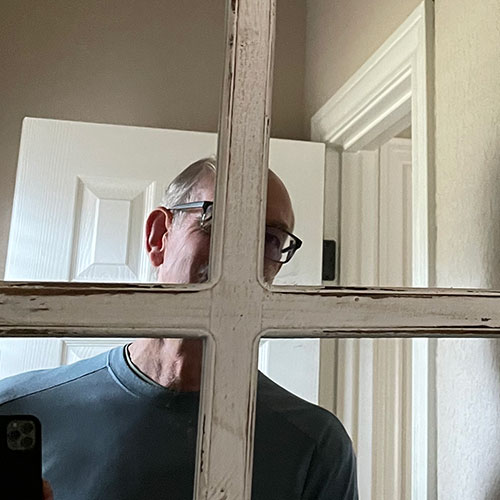 I seem to have lost the ability to take a selfie.