As of this writing, the Texas Wildfire Incident Response System (TWIRS) is reporting on 68 fires across the state, 11 of which are still active. The total burned area is just under 130,000 acres. Just two of those fires account for a majority of the burned acreage: the Eastland Complex fire south of Abilene, and the Crittenberg Complex fire near Fort Hood.

The TWIRS website is continuously updated, and reports the status of fires as small as a half acre. That’s why I find it a bit odd that yesterday’s wildfire a couple of blocks away from our house isn’t reported on the website, even though it burned an acre or so before being extinguished by the Horseshoe Bay Fire Department. 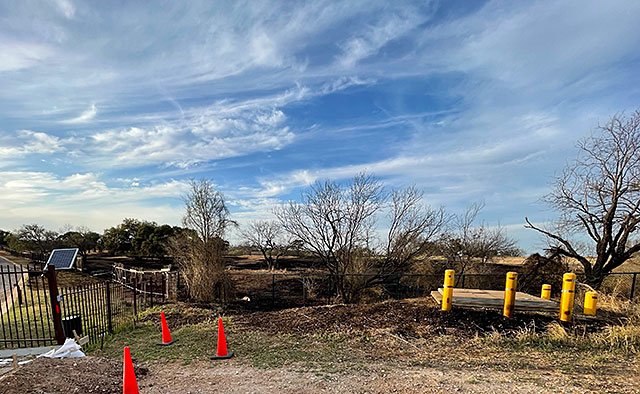 The bottom of this photo shows the beginning point of the fire; it moved quickly northward.

The fire started mid-afternoon when a crew cutting rebar for a concrete paving project sent a spark into some dry grass and the resulting blaze instantly got out of control due to the high winds and low humidity that we’ve been experiencing for days. Fortunately, the closest houses were mostly upwind, and separated from the fire by a paved street. There was, however, a rather rustic and very dry cedar post fence separating our neighborhood from the adjacent one. 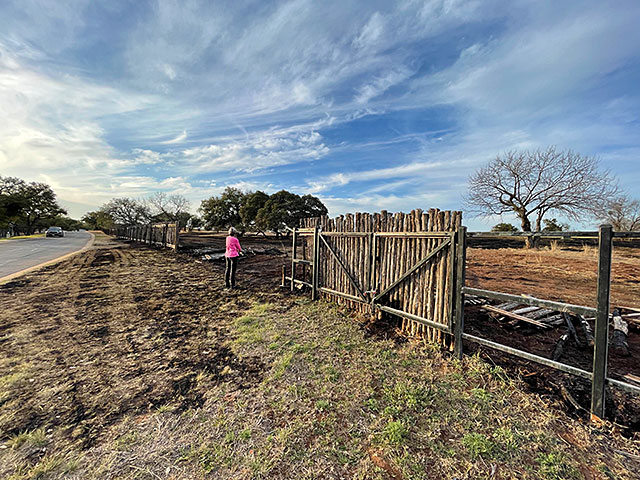 This photo shows some of the damage to the fence separating two neighborhoods.

Most of the dry grass that burned was on the other side of the fence from our neighborhood, but the fence itself was a real problem. It might as well have been intentionally constructed from firewood, and it took a lot of water to make sure it was completely extinguished.

Here are a couple of drone’s-eye photos showing the total extent of the fire. Click on each to pop up a bigger image. 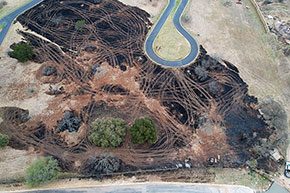 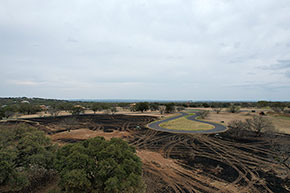 The fence wasn’t a total loss, but it was rather ironic that one section left relatively unscathed was a gate that was chained shut to prevent unauthorized access. The flames apparently respected this intent, but little else. 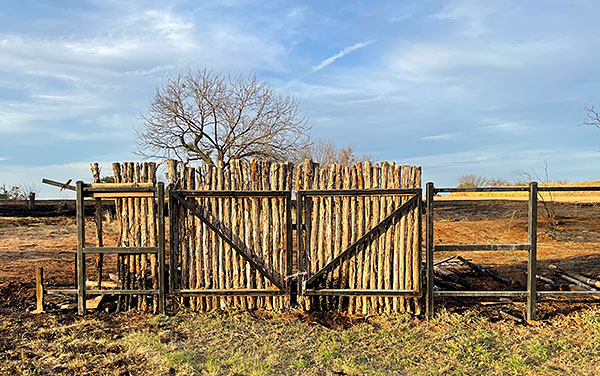 You can see the chain that secured this gated section of the fence.

Thanks to a combination of favorable winds and quick action by the fire department, no houses were ever under a real threat, but overall we feel like we dodged a bullet. And I trust that the construction crew learned a lesson about never doing work like that without having an instantly available and plentiful source of water during extreme drought conditions like we’re now experiencing. 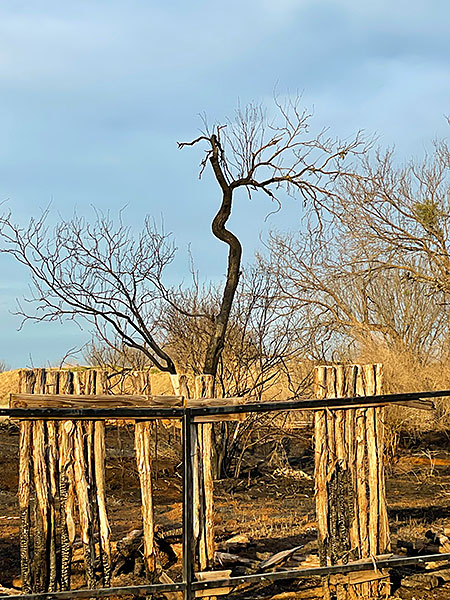 That tree was one of several such victims of the blaze.

We hope that the development to which the fence belongs will rethink its choice of material when rebuilding. Using such flammable construction material doesn’t seem to be a wise idea given the increasing likelihood of persistent drought conditions. 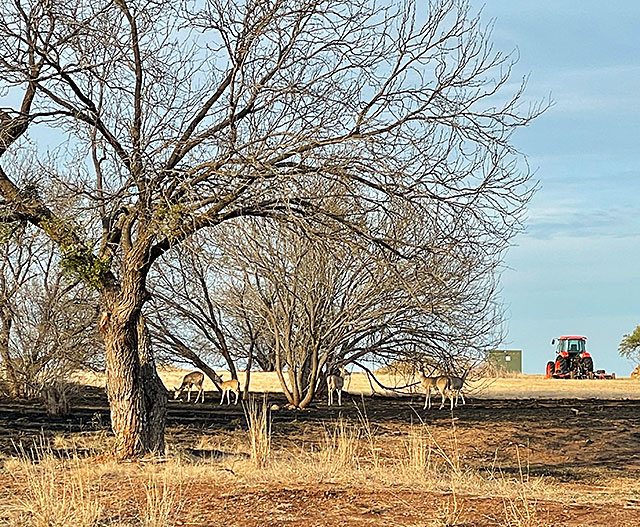 It wasn’t long before the neighborhood deer came out to inspect the new environment.