So, I’m sure you’re reading this on a day later than Thursday. But I started this post ON a Thursday, so technically this is a legitimate Random Thursday post. That’s what we in the trade call “poetic license.” Or “lying.” I often get them confused. Anyway, whenever you read “today,” just pretend it’s Thursday, March 24th, and we’ll get along just fine.

Howdy, y’all. Today is National Chocolate Raisin Day, which just goes to show that we live in a fallen world. It’s partially redeemed by today also be National Cocktail Day, and I don’t know about you, but I think I’d need the latter to observe the former.

But that’s not what I want to talk about today. Today is a Super Duper Special Day in that fifty (50) years (a half century!), on this date, a band called Deep Purple released an album named Machine Head containing a song entitled Smoke On The Water, and rock and roll was changed forever. And improved, I might add. (And it’s a bit ironic that I wouldn’t have known about this epic anniversary were it not for that bastion of rock music trivia, the Wall Street Journal.)

The album is only 38 minutes in length, and contains only seven songs, but it has cemented its place in rock history.

I can’t say that Machine Head was my first exposure to a rock album. That title goes to Cream’s Disraeli Gears, which was released five years earlier and contains, IMHO, the greatest rock song of all time, Sunshine Of Your Love. But Disraeli Gears did contain a couple of clunkers, and Machine Head was in its entirety, in the immortal words of Shaun James Riley in Shaun of the Living Dead, “a slice of fried gold.” (IDK; it’s a Brit thing.) 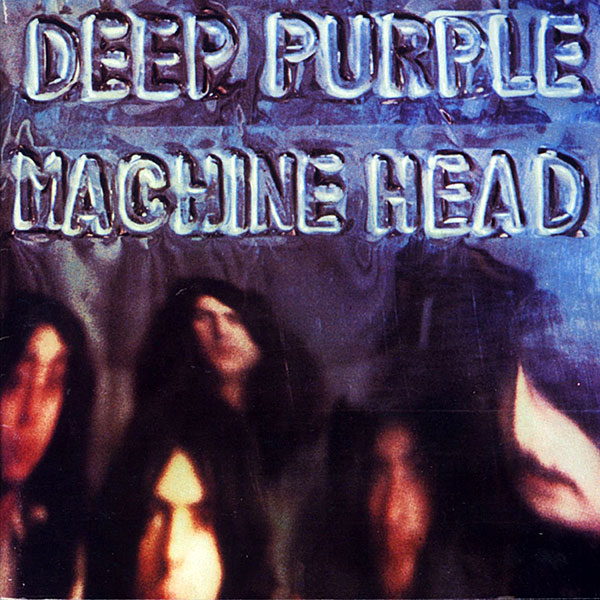 I gave my original copy of Machine Head on vinyl to a young friend to satisfy his nostalgia for an era he never experienced (is that actually possible?), but not before I digitized the platter. Several of the songs are in regular rotation in my iTunes “Top Rated Songs” playlist (which also contains Puttin’ On The Ritz by Bing Crosby, and Grace Kelly by MIKA, which I mention just so you’ll be impressed by my musical inclusivity). 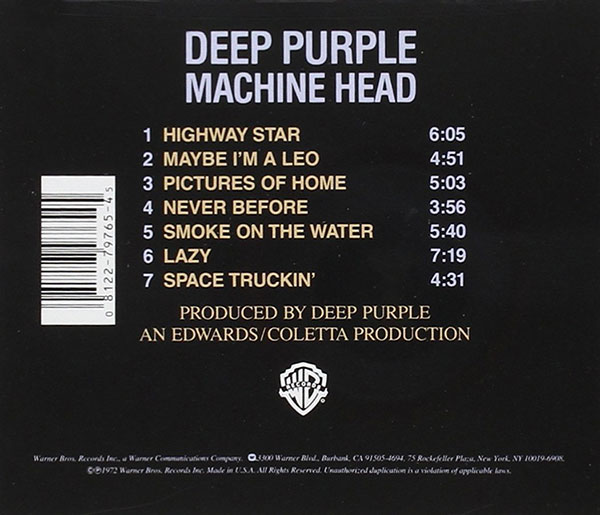 In honor of this special occasion, I’ve gone to considerable trouble and expense* to provide you with a 30 second sample of each track of Machine Head, to entertain you but mostly to avoid any copyright infringement lawsuits, as the Gazette’s legal team didn’t exactly acquit themselves well (see what I did there?) in their IP law courses at the University of Phoenix. I know, you could actually get a 90 second sample of each song via the iTunes Store, but you know me and my guileless ways, whereas you don’t know what kind of insidious subliminal messaging the gnomes at Apple Inc have injected into their “free” offerings.

I jest, of course; Apple’s quite upfront about their subliminal messaging.

Anyway, take a gander at this, and relive some amazing rock history.

Intermezzo: OK, I think that covers the commemoration portion of the program. I’d probably quit here except that a Random WhateverDay post actually cannot cover only a single topic. I’m sorry; I don’t make the rules. I just do what the voices tell me to do. So I’m closing with this.

Do y’all get those ridiculous SeatGeek TV ads in your locale? Like this one…?

I find them annoyingly terrible (which is a redundancy, because if it’s annoying to me, it’s by definition terrible), but it does provide fodder for an alliterative adventure, to wit: how many alliterative terms can you come up with to describe the speaking body part in these ads? Here’s a list to get you started:

Feel free to continue this exercise in etymology at your convenience, and if you come up with a particularly clever combination, please share it in the comments so we all can exult in your excellence.

*More poetic license and/or fibbing. The expense part is untrue, as I used freeware to stitch the audio segments together, and the cost of the album had long since been amortized. But the effort part is totally legit, as I first had to convert the original m4a audio files from my original digitization into aif format so that I could use Audacity to create the final medley in mp3 format. You audio engineers out there could probably have done this in your sleep; it takes a special talent like mine to do it so that it only sounds like I was asleep when I did it.