Well, hello again…fancy seeing you here. As you no doubt are aware, today is National Dog Day and if that doesn’t put a smile on your face, I can only assume that you laughed inappropriately when you were handed a business card by an eminently qualified woman and saw that her title was “Webmistress,” and your embarrassment was multiplied when you realized that today is also National Webmistress Day.

Anyway, here’s a photo of the best dog in the history of dogs. (But then, aren’t they all?) 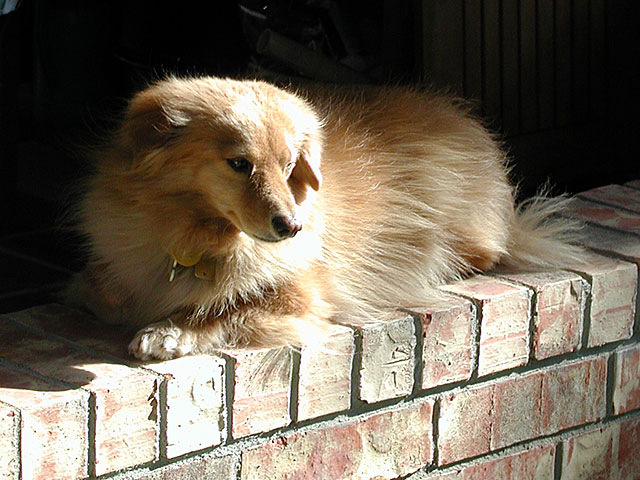 Abbye Fabulous aka Ab Fab aka Best Pup Ever

[If you’re new to the Gazette, we have an entire category of posts devoted to Abbye. #gonetoosoon]

I know that a lot of faithful Gazette readers have mammalian quadrupeds of an equine persuasion, and I myself have seen a horse before.

If you own a horse — or, more likely, vice versa — and are thinking about buying electric roller skates for it, you need to think twice before pulling the trigger on Segway’s Drift W. Or at least read this review that a thoughtful person left on Amazon.com’s entry for these otherwise intriguing devices. 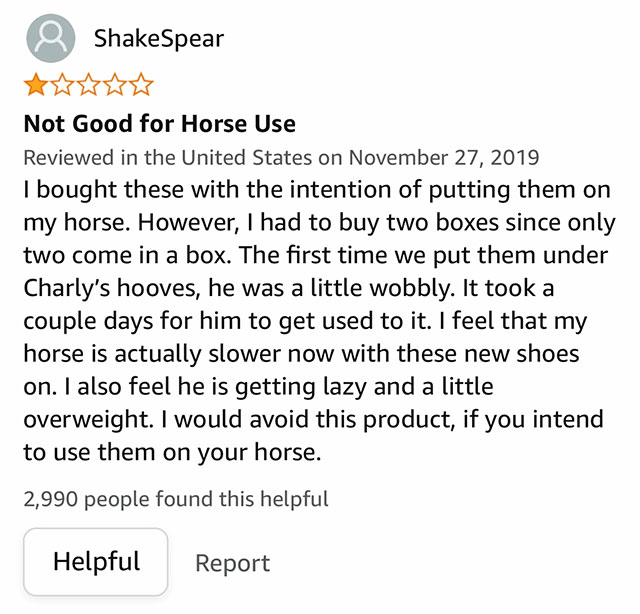 Seems like sound advice from someone with real experience.

I normally would have dismissed this review as an outlier, but I noticed that almost 3,000 found it helpful, so there’s obviously widespread interest in roller skates for horses. My advice, if you fall into that group, is to keep looking. After all, nobody wants a slow, lazy, overweight horse. 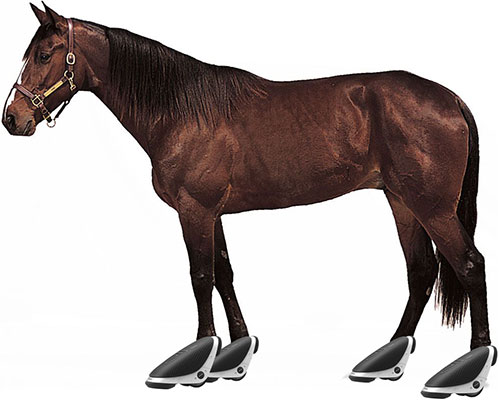 This horse is hardly moving at all. Q.E.D., y’all.

More news from the wonderful world of animals: alligators are smart!

Below is a Facebook post from the Kentucky Reptile Zoo, a facility known around the world for the fantastic work they’re doing by providing snake venom for research and production of life-saving anti-venom. Their work is simultaneously fascinating and scary; milking black mambas and king cobras is not for the faint of heart.

But they’re not exclusively focused on snakes. 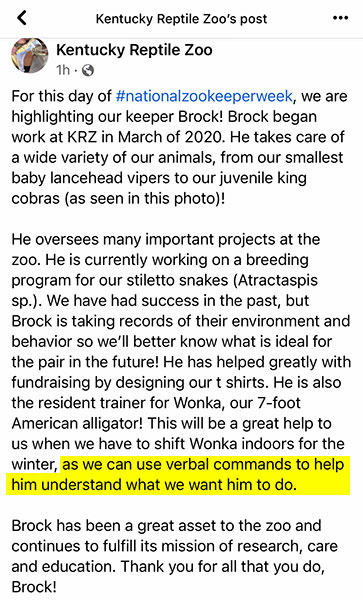 I’d never considered the possibility that an alligator could be trained to respond to voice commands, and I find that very intriguing. But, I’m also just a tad skeptical. According to this article, the typical alligator brain is “roughly the size of three olives” (it doesn’t specify whether they’re stuffed or not). And while another article points out that that’s one of the larger brains in the reptilian world, to me that’s akin to saying that one is the prettiest zombie in The Walking Dead…a distinction without a difference.

Still, I’m willing to entertain the possibility that alligators are more intelligent than we give them credit for. And, perhaps, we ignore their intellectual capabilities at our own risk: 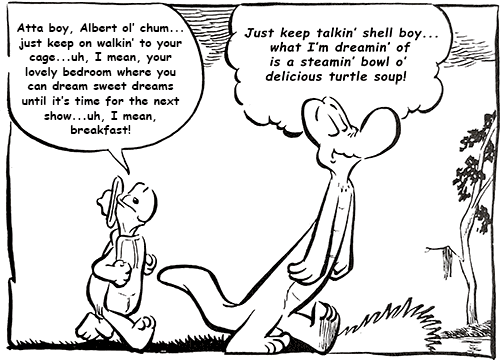 With apologies to Walt Kelly & Co. Please don’t sue me.

Speaking of Pogo, how many of you realized that Walt Kelly managed to get a book with this title published? 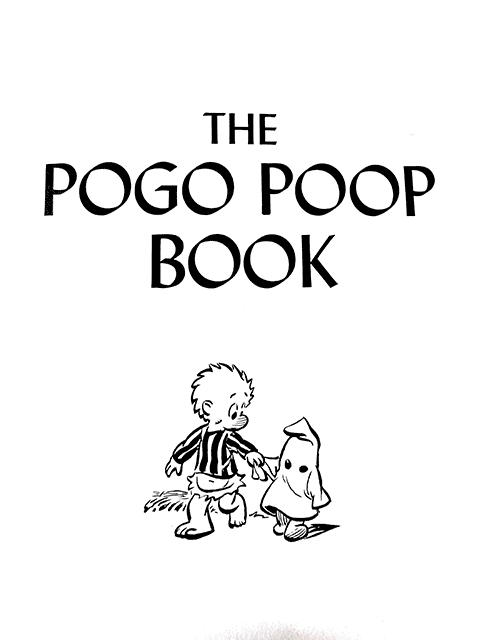 Yeah, it meant something different in 1966.

The Pogo Poop Book (which is surprisingly difficult to type, for some reason) was published in 1966, and, as one reviewer puts it, Kelly used the book to “satirize and lampoon the John Birch Society [and] the Ku Klux Klan among others,” including the “God Is Dead” theologians who were having their time in the sun along about then. So before you get outraged over what you think is the symbolism of the cover plate, take a gander at the concluding page of the story that blasts the “Kluck Klams,” (which also is surprisingly difficult to type). 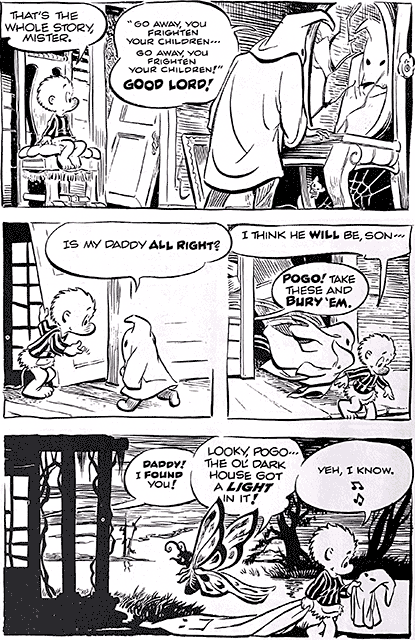 In conclusion, and in keeping with the [very loose] animal theme, here’s a ball o’earthworms for your consideration. 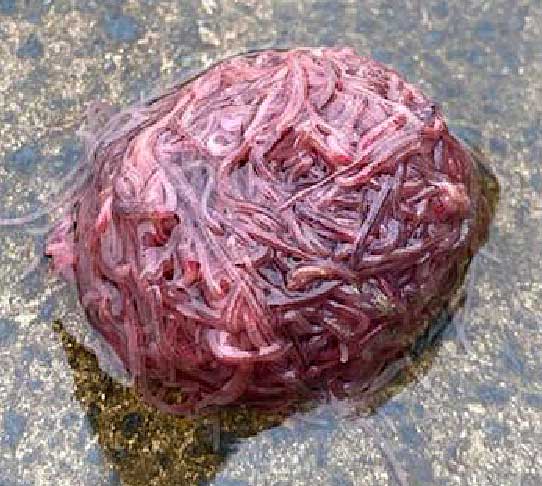 According to a worm expert quoted in this article, “it’s rare to see so many balls of worms” (there were multiple appearances).

George Romero was unavailable for a quote, presumably by virtue of being dead, but…you know…