Hello…yeah, it’s been a while. Not much…how about you? Oh, sorry…I was channeling England Dan and John Ford Coley for a second. I fear I’ve been listening to The Bridge on SiriusXM too much lately. I made a foolish vow not to stop listening until they played Locomotive Breath, so…

You know what? I wasn’t going to embed that YouTube video, but it started playing and — well, let’s just kick this pseudo-special edition of RT:SIL off with…

The Mad Flautist Himself

Ian Anderson, the Scottish frontman of Jethro Tull, single-handedly made the flute cool for rockers. I’d be very interested to know how many spare flutes he has on stage during a performance. Also, has he ever set one on fire? I mean, literally on fire…he’s figuratively aflame here:

We found it quite odd this morning when we didn’t see a single deer until we were 2 1/2 miles into a three mile run through our neighborhood. There are normally throngs of them (OK, if you define a throng as 6-to-10). Even then, the three does and a young ‘un didn’t make much of an impression. But when we hit the 2.9 mile mark, this guy was waiting for us: 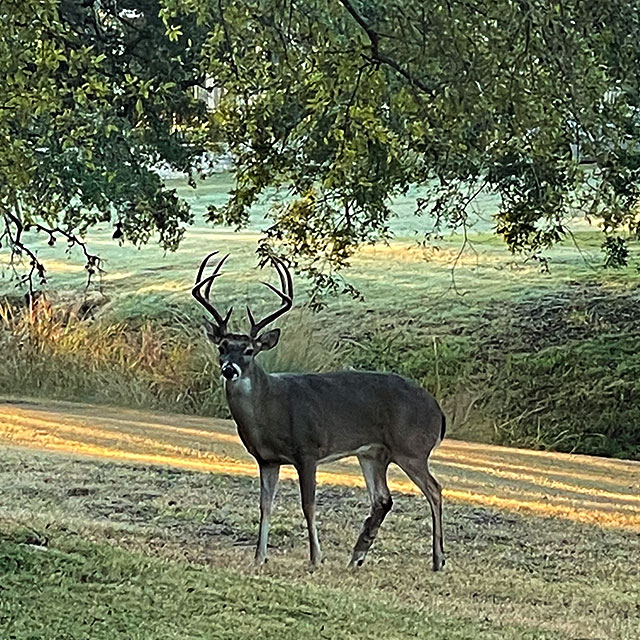 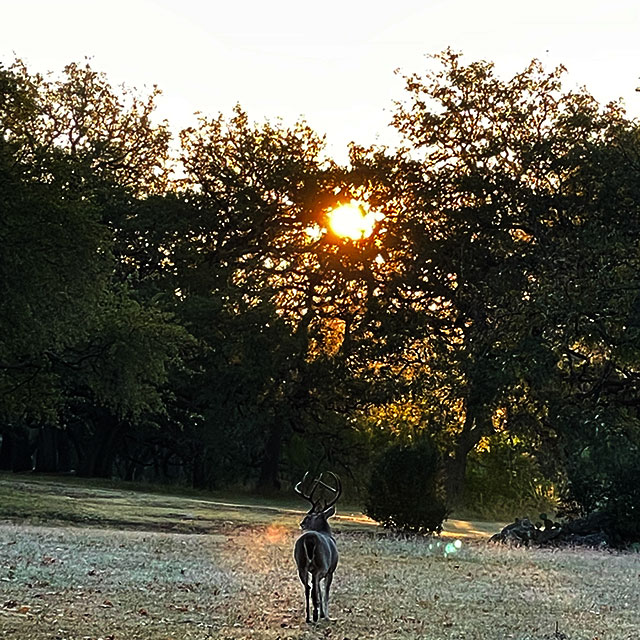 He actually had the audacity to paw at the ground a couple of times while facing us before he decided he had better things to do than gore us to death.

Having lived most of our lives in desert-like environs, I had never felt the need to have a pressure washer. But now that we’re living in a more humid area that — up until this year, anyway — gets a lot of rainfall, access to a device like that is essential to keep things from molding and mildewing. Sure, I could hire someone to do those chores, but I’m too wise with my money cheap to do that. So I’ve invested in one of these bad boys: 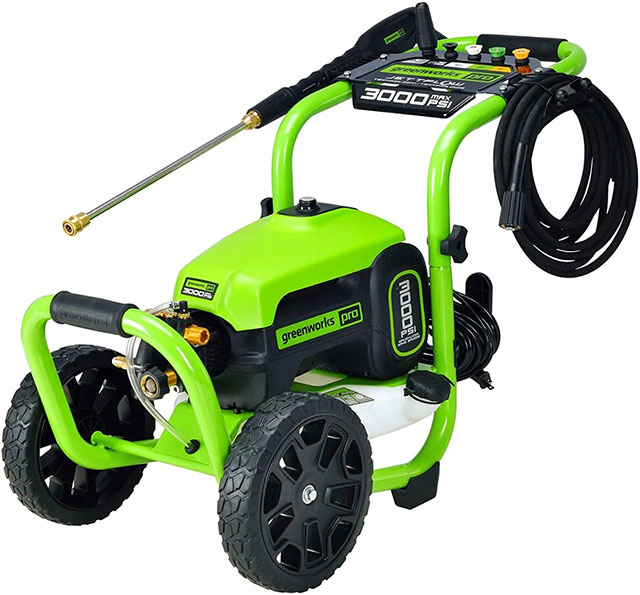 Using for the first time was an eye-opening experience, as it quickly revealed just how yucky our back patio had gotten over the years.

Debbie and I don’t eat a lot of sugar, but we do like something sweet at the end of each meal, and these cupcakes from Wal-Mart, of all places, are dangerously addictive. 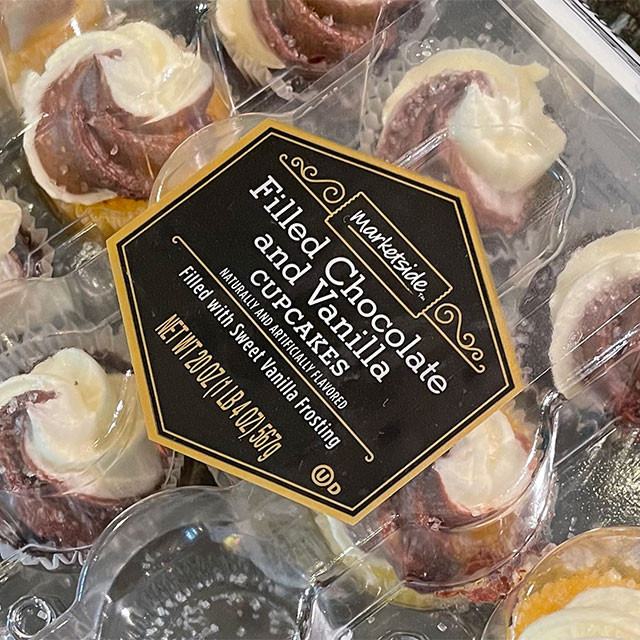 Don’t be fooled by the “filled” description, as the frosting barely makes a dent into the cupcake itself…but the sugar-crusted pile on top of the cake more than makes up for that little white lie. If you choose to go down this confectionary path, find someone you trust and agree on a safe word.

I spotlighted Honeybee Jazz last week in a photo-centric post, but they deserve more than a picture.

I don’t know a lot about the Austin-based group — our first exposure was mid-October when they played an outdoor concert on one of the Resort’s golf course driving ranges (which is a really cool venue, btw) — but the vocalist and songwriter, Melissa Raquel, is the one constant in a revolving group of musicians…and those musicians we heard in the October gig are heavy-hitters. 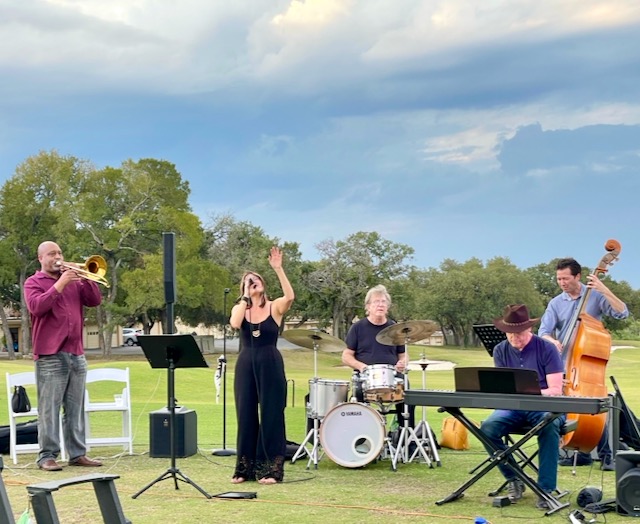 The trombonist, Andre Hayward (aka Big Butter), performs with such luminaries as The Duke Ellington Orchestra, and Wynton Marsalis. The drummer, Tom Brechtlein, has played with Chick Corea, Al Di Meola and Jean Luc Ponty. Floyd Domino (keyboards) is a fixture in the world of Western swing; he’s played with everybody who’s anybody in the world of country music, as well as fronting his own band. Chris Jones was on upright bass; I couldn’t find out anything else about him, but he more than held his own in this fine group of musicians.

And then there’s Melissa Raquel, whose vocal talents range range from playful to sultry and everywhere in between. She’s performed with Willie Nelson and LeAnn Rimes, among many others.

If you ever have the opportunity to attend a Honeybee Jazz performance, you won’t regret taking advantage of it.

Our New Deck and Patio

We finally saw the end to the construction of our new deck, pergola, and patio, and, frankly, we’re thrilled with the result: 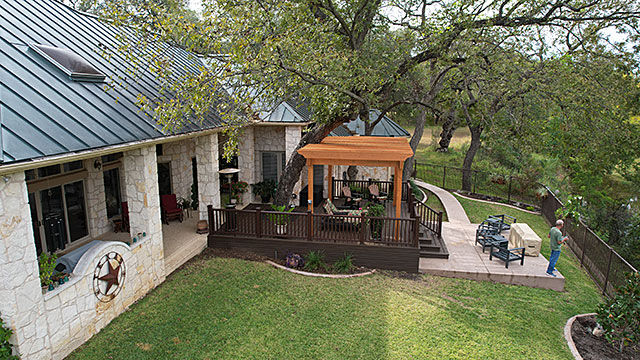 In case you’re wondering why there are no cushions on the chairs, we don’t yet have covers for the chairs and rain was predicted for the evening of this photo, so they’re in a storage box.

The fire table is at the edge of the patio, under that tan cover. We haven’t used it a lot yet, but it’s going to be great: 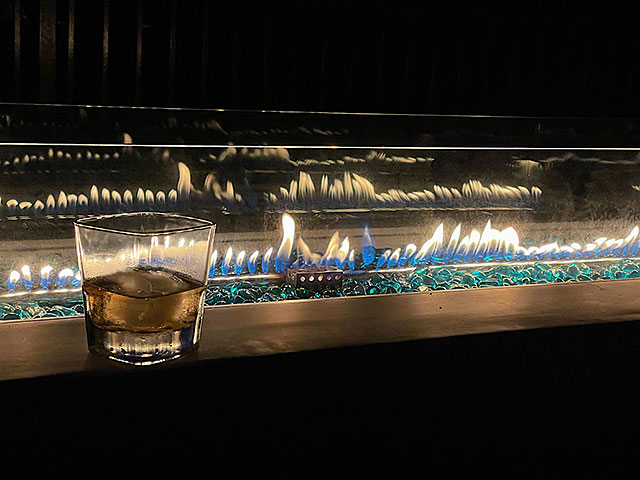 This fake-but-accurate movie poster, courtesy of myself

In closing, everyone in the wacky world of social media is all aflutter over the apparently apocalyptic acquisition of Twitter by our favorite flibbertigibbet billionaire, Elon Musk. Depending on who you talk to, it’s either the end of democracy, or the emancipation of hitherto-held-hostage freedom of speech. But, whatever…at least to the former CEO, CFO, board of directors, and possibly thousands of employees of Twitter, Musk is: 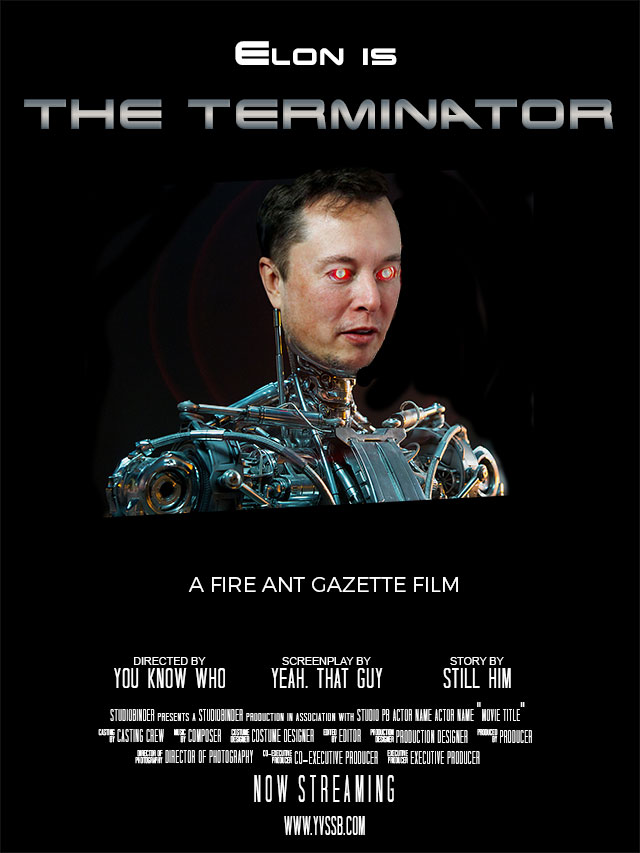