Well, hey there, good L-double O-k-i-n-g*…welcome to another edition of RT. I figured that after last week’s blatant ploy to garner sympathy (which, you must admit, is something genetically hard-wired into the male DNA), we should shift back into something more light-hearted, if not intellectual.

But first…today is National No Rhyme Nor Reason Day — and, no, it’s not a day to wonder why something like the Fire Ant Gazette exists, thank you very much. It’s a day to ponder one of the wonders of the English language: [supposedly] unrhymable words. You know, like orange. Or woman. Or supercalifragilisticexpialidocious. (I’m kidding about the last one, and you know it, since you’re so precocious.) You’ll notice that I subtly qualified “unrhymable” because this guy debunks the unrhymability of those and many other words; never mind that he might occasionally be cheating according to the rules of Scrabble.

Anyway, I was going to craft this post as a poem using all of the [supposedly] unrhymable words, but then I woke up from my nap.

Proof that baseball statisticians have too much time on their hands 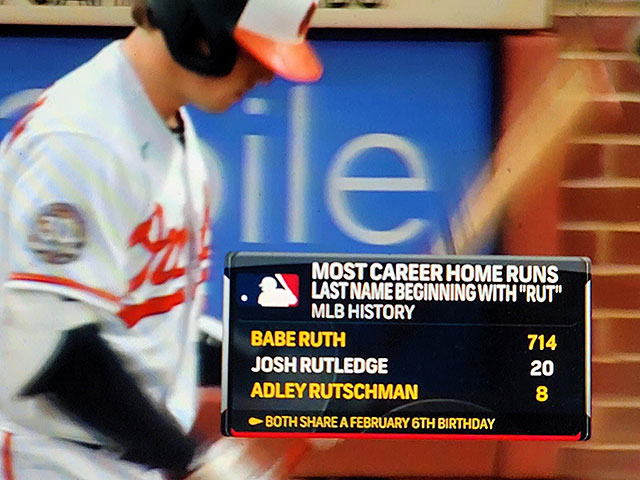 Crave a beer but you have a heart transplant to perform? Try hop water!

I suspect many (most?) people will agree that there’s just something wrong with the concept of non-alcoholic beer. But according to the Wall Street Journal, hop water is a whole different animal. For fans of IPAs — for the uninitiated, those are beers that prominently feature the unique and often aggressive bitterness of hops — hop water purports to provide the flavor without the alcohol.

I confess that hitherto I’ve not been a fan of IPAs; I’ve found many of them to be too bitter. But the advent of so-called hazy IPAs has me rethinking my position. And many hazy IPAs are brewed with a type of hop called Citra, which imparts a vaguely pleasing (to me) citrusy flavor or crispness without making it outright fruit-tasting.

So when I read that the California brewer Lagunitas makes a version of hop water — with the unfortunate name of Hoppy Refresher — that features Citra hops, I decided to try it (our local H-E-B carries it, along with several other brands of hop water)…and I found that it indeed lives up to its billing.

So, for those times when a beer just sounds good to you, but you don’t want the alcohol, and you’re not embarrassed to be drinking something with a lame name, Hoppy Refresher might just be the ticket. And you’ll have the added benefit of an amusing label to read for entertainment. Frankly, I’d advise against the drinking during teleportation thing though; there could be unwanted bladder effects.

Alert Gazette readers will recall that we have a new grill on our patio. It’s very nice, and I’ve cooked steak, salmon, burgers, vegetables on skewers, and chicken on it thus far (with varying degrees of success as I gradually ascend the learning curve). The only thing it lacked, apart from a skilled operator, was a cover. You’d think that a grill that costs more than my truck is now worth — OK, that tells you nothing at all about either one — would automatically come with a cover. But, nooooo…you have to pay extra, and the authorized Hestan version runs almost $250.

Unwilling to fork over that amount for a vinyl raincoat, I did some online snooping and discovered the website for Covers&all. It offers “custom made” covers for pretty much anything that needs covering, including grills. I put “custom made” in quotes because I was skeptical that they really did build them from scratch. I was wrong.

Starting with a basic design, I was able to provide them with the exact measurements of our grill. They sent me drawings of the cover showing my measurements as a confirmation that we were on the same page, and less than a week later, shipped the cover to me. Cost? Just over $100 for a heavy duty cover that fits our grill perfectly. I couldn’t be more pleased. 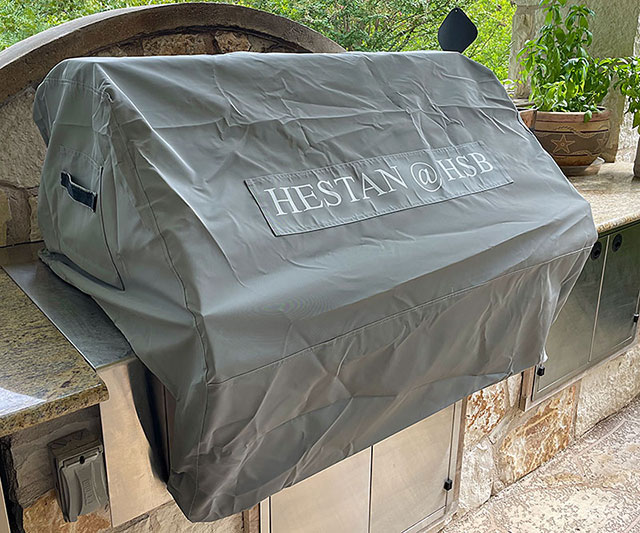 Yeah, the custom text is a bit cheesy, but that’s just how I roll.

I would seriously recommend these guys if you need custom covers for pretty much anything, from jet skis to popcorn machines to hammocks. 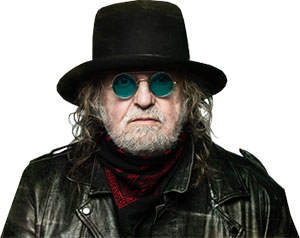 You may not be familiar with Mr. Hubbard’s music, which falls into that broad genre known as alt-country or outlaw country. He’s one of the antidotes to the bro-country-pop plague that infects mainstream country music. (I will admit that those lines are blurring nowadays.) He’s also a bit of an acquired taste, a songwriter-singer…not the other way around, and above all, a story-teller. I might say that RWH is the Bob Dylan of country music, only his lyrics make more sense.

Anyway, his current album consists of eleven tracks, each of which let him share the microphone with a wide variety of musicians, ranging from Willie Nelson to Hayes Carll and from Ringo Starr to Wynonna Judd. Ann Wilson (Heart) appears, as does the guy with the best space alien name in music: Gurf Morlix. Texas music fans will be familiar with Wade Bowen, Randy Rogers, and The Band of Heathens.

If you’re looking to expand your musical horizons, check out Co-Starring Too. It pairs well with a nasty IPA, Lone Star longneck (but not LSL, Sam; RWH would be aghast), or even a Hoppy Refresher.

Here’s a sample — Texas Wild Side, featuring The Last Bandoleros.

*Bonus points if you can identify the song from whence I stole this.